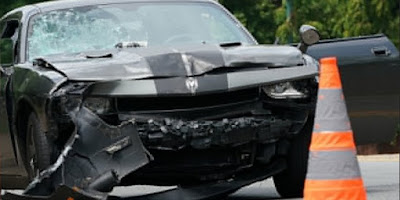 New video has emerged showing protesters hit the driver's vehicle with a bat before he sped into the crowd.


A video has now surfaced of the events in Charlottesville Virginia, which prove conclusively the following:


There is not any sound, but from the FUCK LACED profanity in the Soros terrorists and the BLM chants of killing the cracker, this has the reality that Mr. Fields was indeed in a panic, as he was driving slowly down the street, was attacked deliberately to flush him forward to the waiting attack.

It is concluded in the forensic psychology of the police standing in back of the terrorists in protecting them, forcing the Secessionists to be mobbed by the terrorists in dispersion that there was a kill zone manufactured on that street aimed at a White American.

In other sources in this terror march, it has been reported there was communication and coordination with the residents of Charlottesville in the neighborhood did not want the mob in their home area, and it was stated the leaders had worked out that arrangement.

This type of pre planned interaction, points to a reality that there were indeed murderous elements in the terrorist ranks, and they were waiting to flush an American to them to make an example of them.

The conclusion is, if James Fields jr. had not taken the actions which he did, which WERE NOT ISIS LIKE as Tom Gersham on Gun Talk was completely off base on, Mr. Fields car would have been torched, and he would probably have been beaten to death or burned alive, as that striking his bumper was a deliberate herding action which was premeditated as certain as Bill Ayers in the Weather Underground.

By the released video, James Fields jr. is innocent, as he was not about to drive his expensive car on a ramming rage. He was trying to save his life and as stated as there is not any audio, it is a reality that someone was probably saying they were going on murder him.

We know of the murderous violence of this mob, as they beat up and knocked down a reporter who was standing there "recording" in order to stop the stream. This too is evidence of coordination in those who are attempting to assault and murder James Fields jr. did not want any digital recordings to photograph them and reveal the operation, as that would have exposed this entire operation.

James Fields jr. though is to become expendable due to the system protecting itself, and Jeff Sessions is leading the lynching now, as this is to move to all of the Trump supporters in the files on all of the Trump voters from Facebook to the internet are being sifted through. This tearing down of Civil War Monuments is Obama community organized deliberate for the crack down on this fringe Alt Right. Logically when repressed they will act out or be framed as in Hutatree, and in the end this opens the door for all the Trump voters to be listed as terrorists.

James Fields jr. should immediately have all charges dropped against him, due to the reality of the video revealing the evidence of this attack upon him, and his being flushed into a kill zone in a premeditated act by the terrorists. That will not be the case though, and the reality is by the quick texting of democrats and the Ivanka trolls like Scaramucci, this was expected and planned in another crisis too good to not take advantage of.