Proof of Ted Cruz Vote Fraud in Kansas and Maine 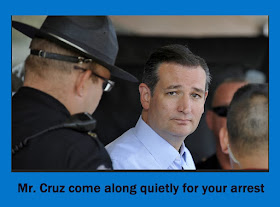 The Lame Cherry prefaces this with FACTS.

Fact 1 is Donald Trump is polling in the 40 to 50% range nationally.

Fact 2 is the reason there is RECORD VOTE TURN OUT is due to Trump voters voting.

Now review the below data which I will prepare you for in this reality. In 2012 in Kansas, 30,000 Kansans participated in the election to give Rick Santorum the state. Yet in 2016 Ted Cruz somehow garnered 35,000 votes ALONE.

Somehow, just like in Texas and Oklahoma and Alaska, with record numbers of voters voting for Donald Trump, thee entire lions share is somehow ending up in Ted Cruz's column.
I will remind you that BEFORE PEOPLE VOTED that exit polling was released showing Ted Cruz was taking 50% of the vote........and according to the conditioning propaganda, Ted Cruz walks away with 48% of the vote?
That is electronic vote fraud, pure and simple!

Now let us review Maine, which is for some reason not releasing county by county statistics in another Cruz vote fraud.

In 2012, 6000 Maine citizens voted for Ron Paul, the very candidate who trashed Ted Cruz as a damned fraud, and yet in 2016 with Donald Trump record turn out of new voters, here is Ted Cruz again, TAKING MORE VOTES IN 8500 THAN WERE CAST IN MAINE EVER BEFORE.
Again with the Trump surge, 18,200 votes were apparently cast in Maine, two and a half times more voters than every before......and here is Ted Cruz again wiping out everyone in the votes counted, when his numbers are no where near this in the national or any other state elections.

I will repeat in Ted Cruz just yesterday was barely polling 28% in Kansas and the next day he has surged 20 PERCENT in the polls?

That is VOTE FRAUD!!!


There is a reality taking place in these Cruz numbers, which do not match polling, trends or the reality of the other states or elections. Ted Cruz is selectively being allowed to steal states from Donald Trump in the POLiters theft of the GOP Primary from the clear victor in Donald Trump.

Vote results are being released before they could be known. The votes do not match up to known polling. What can be known from all of this is the simple fact that somehow  Ted Cruz is taking the numbers of Donald Trump and putting his name on it.
This scam is blatant and glaring. Cruz is not being allowed to steal every election or everyone would figure it out that he is involved in election theft. Instead Cruz the insider is being allowed to tamper with select states in this e vote fraud, which has little now to do with vote flipping, but it appears that the software is registering numbers for Donald Trump and Cruz's name is being put on the results.

The entire election process has been overthrown and Mr. Trump is going to have to start making plans for introducing his 40 million loaded guns for his candidacy.

I have great apprehension in this, as there appears in inquiry an assassination horizon event pointing to Chicago. This appears to fit a psychological scenario to confuse the electorate in these strange Cruz "victories" and then to remove Mr. Trump.
I know absolutely nothing of this except through inquiry into the matrix and I will post more later in an attempt to diffuse what is building, but the evidence is certain, in Ted Booger Cruz used electronic vote fraud to steal Kansas and Maine from Donald Trump.
The results came in too fast and too complete, and they do not match past numbers in voting, nor match the surge for Donald Trump.

I demand the Cruz Boogers to answer honestly in do they really think Ted Cruz is generating this kind of vote surge when it has all been Donald Trump? Face the fact that Ted Cruz is stealing this election and you Boogers are thee most unAmerican of criminals equal to Birther Hussein Obama.

Ted Cruz was booed and walked out on at CPAC today, by Conservatives. This is the foreigner who is bringing in record numbers of voters? Not on your Booger lives.