I was thinking about Captain James T. Kirk in the episode where the "Coms and the Yanks" were at war on another planet and the Yankee leader was reading the Constitution in Latin, and Kirk told the people, that the words were for all peoples or else they had absolutely no meaning.

That is why I wonder about those on the "right" who have a problem with the New Black Panther's being armed, and carrying firearms into Cleveland, as other right wing people have said their groups will be armed and carrying.
As long as the Neo Panthers have fulfilled the Obama BATFE background check, they have as Americans every right to be armed, and I fully support them.

Frankly, if I was Donald Trump, I would reach out to the New Black Panthers and introduce them to other law enforcement and right wing groups, so a coordination could be raised to provide security for Cleveland. I honestly do not fear armed people of any type and to attempt to deny others their right is not what America is about.
Sincerely, the Republican Party should hand out firearms to everyone in Cleveland who passes a background check, and start with the Neo Pans.


It is in that, that I do have a problem with the New Black Panthers, and that is decorum. Americans have the right to peaceful protest and assembly, but there is a reality in allowing Americans a moment in time to celebrate at a political convention of their beliefs. The American Right, as in the NRA never shows up at Democratic or NAACP functions and protests as there is just common cause on such things in respect for another people.
People have the right to assemble and not have another mob of people disrupting the situation. That starts with the US Congress in deliberations to every community in America.

I am certain the Neo Pans if asked would agree that they do not want harm to come to anyone. That the reason they are there is they are moved in this time to feeling powerless by the DC regime which plagues all of us. They are making their presence known in forensic psychology, because inside they are scared and frightened as everyone one is now, from LaVoy Finicum's supporters to every other group now looking over their shoulders.

Of course, you will always have the despot, the Kayne West loud mouth and the dope head, who will endanger people, but in time those who are armed would find a firearm diplomacy in an armed society is a polite society.
Give a woman a gun and tell her baby's daddy to straighten up or else, and the homey will get his act together. Love is a fiction. Responsibility is a loaded gun.

One of the highest populated black states in America, with close proximity to whites is Alabama and that Christian community had 1 homicide by gun. So it is a given that blacks and whites can live together armed, and that blacks being armed can be highly responsible.

So for those who have problems with the Neo Pans being armed, the Constitution is a reality that one can not pick and chose what makes you comfortable.


An organization of people with a history of violence is going to be carrying firearms while protesting the Republican National Convention in Ohio. Does that raise any red flags for anyone else or is it just me?

Blacks do not frighten me. Blacks with guns do not scare me. Neo Panthers do not intimidate me with guns, because things will always get sorted out. So if some people get killed, they get murdered. It is their choice to be there, and if it is black they will have Mark Dayton excuses made for them, and if they are white, image Obama will appear ranting again about gun control.......which would deny the New Black Panthers their rights to be armed.......just like Hillary Clinton would deny them the right to carry weapons.

Honestly America needs more of this mass armed groups of people on the streets, because I guarantee that there is not any Neo Pan woman going to be  raped on a Cleveland street by some thug, and the armed right wing groups are not going to get chased down the streets and wailed on by an Obamanazi.

The New Black Panthers in being armed, are not terrorists or intimidators. They are instead converts to the Zulu having spears and those White Founders who advocated an armed Citizen. I hope they are  trained so they do not shoot themselves in gun play, but that is their right in America to die by their own ignorance, and I celebrate that too.

No matter what happens, it will all get sorted out, like in Minneapolis or Dallas, in people who make mistakes with guns, always end up dead. The New Black Panthers because of Hillary Clinton and Mark Dayton are now a bigger target on the police state, and the fact is the weapons they will carry, will make them an even greater profile target. That is what happens when one arms oneself. It is a responsibility and that is something to be welcomed in the education of the New Black Panthers.

I simply hope that in being armed, that they vote for Donald Trump in November, so they can keep those expensive guns as Obama has driven the price up on them, and made ammo hard to obtain, in making all of us more vulnerable to the global regime. 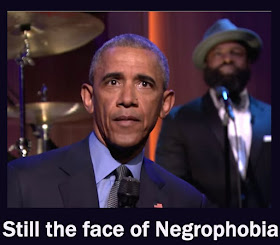