An Epidemic by Coronavirus Syringe 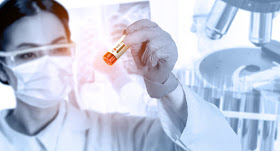 
For those not following the trials of the genetic manipulation injections for the biological weapon Coronavirus Wuhan, the British Astra Zeneca has put their trails on hold. The problem is that Astra Zeneca is withholding information as this is the second time, which Astra Zeneca has placed their studies on hold, and in both instances, spinal inflammation was the source.

https://www.bloomberg.com/news/articles/2020-09-09/astrazeneca-study-halted-after-spinal-cord-issue-nih-chief-says
TodayA day after pausing its Covid-19 vaccine trials due to a possible serious neurological problem in one patient, AstraZeneca Plc faced numerous questions about what exactly caused the issue and ...

There is a major problem in this as the "cure" the S strain which has been infecting people had a 15% kill and adverse reaction rate, which has now dropped below 1%.  One person with spinal inflammation which  lists as transverse myelitis and then mutates to a neurological condition of unknown origin and then is passed off as MS, indicates that the Astra Zeneca injection is either triggering MS in people who are prone to it or it is manifesting a new disease in people who took the injection.
One person in a few trial patients translates into hundreds of thousands, like Bill Gates polio injection in Africa is spreading polio there, making the situation an epidemic by syringe.

Appearing before the Senate Committee on Health, Education, Labor & Pensions, Collins said the severe adverse event in the U.K. patient was transverse myelitis, a neurological disorder that causes inflammation of the spinal cord. If AstraZeneca’s review finds the adverse event is related to the vaccine, all the doses already manufactured will be thrown away, Collins said.

An August update of the information sheet removed the reference to transverse myelitis and said the participant developed neurological symptoms that caused the study to be paused, and that the volunteer was later diagnosed with what was described as “an unrelated neurological illness.”
“There was a brief trial pause in July while a safety review took place after one volunteer was confirmed to have an undiagnosed case of multiple sclerosis,”


This mRNA is untried. It is based in aborted dead baby kidney cells or army worms. There is something inside of the Astra Zeneca serum which triggers neurological disorders. As MS is an illness which attacks the linings of the nerve cells, there is something inside the Astra Seneca serum which is degrading this lining, most likely in the protein structure. The fact is, that  what has manifested may be those who are already with compromised nerve cells, and they are coming down with symptoms early and that every person who has received the AZ serum is going to come down with a new form of MS.

For the record, Chloroquine and Ivomec are both proven treatments with zinc, with not any adverse side effects.