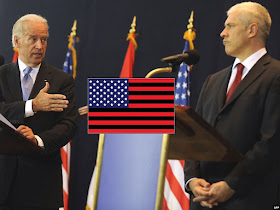 I want you to look at that date of August 16th, 2016 AD in the year of our Lord, as most of you have forgotten, but it was in this period of time that this blog changed a time line of a very bad event which was to happen, and for that a certain agency sent another agency to the brier patch to interview me.

The thing is, they never said one word about the main event, but were more interested in remote viewing of a secondary event which they were not aware of apparently.

This was after the Republican convention in which Ted Cruz acted like an ass and the Trump campaign needed a real stability boost as Paul Manafort was let go and Steve Bannon of the DIA was brought on with the Mercer voting connections.

The response of Jared and Ivanka Kushner, was to jet off for a vacation in Croatia, with Rupert Murdoch's former wife, Wendi Deng, who Putin was bedding, on homo David Geffen's yacht. This blog noted this was a most bizarre event in mid August with things on the line, and it also noted something even more odd, in who should appear in the same Yugoslavia region, but Vice President Joe Biden on a bizarre mission of Serbian support.

The Lame Cherry asked what the Vice President and the Kushner's were doing in the same place, with all things going on in America, as they were not doing a fly by or going on vacation.

I'm going to reveal something now which I have never explained, and it is of utmost importance now that Joe Biden had British intelligence steal the 2020 elections for him.

You may remember a most interesting hacker of that  time called Guccifer 2.0. Robert the protector of America Mueller lied in stating that Guciffer was a Russian agent out of Moscow. I stated I knew what nationality this Guciffer was, but never revealed it as the Kushner's were making a deal with this hacker that Biden failed in, or succeeded in, as Biden was setting this up for election theft in 2020 AD in the year of our Lord.

When I first came onto the internet, I like most people was using ICQ a Jewish intelligence messaging program. In trolling for people to talk to, I came across a girl who had been raised in the United States. This was during the Clinton Kosovo Wars for that pipeline. Her name was Nella and I delighted in her as she was one of my favorite people in the world.
When I read Guciffer's transcripts, I knew immediately that this was a Croat Bosnian Serb, as they have an absolute distinct dialect in how they phrase thoughts from Yugoslavian into English. By the way this hacker spoke, this was someone speaking with an American education. For the record Europeans educated in England, just have a bizarre form of Queen's proper English and you can tell them a mile off. People who have American influence, like Mexicans listening to American television, speak in unique linguistics.

So Guciffer was from the Balkans. Joe Biden was in the Balkans. The Kushners were in the Balkans and the information flow continued to submarine the sickly Hillary Clinton. The mission or missions were successful to bring down Hamrod.

That is why when I noted a data miner mentioning Domnion software out of Canada was in Serbia, and looking for programmers, I knew this lot was returning to the scene of the crime.
Dominion is in Canada, is owned by British MI6, tied to George Soros, and was flipping votes by the millions for Joe Biden......just as the Bush family had it flipping votes against Al Gore, John Kerry and stole the election from John the hero McCain and Mitt Romney for their Designer Negro Obama.

The British are contracting talent. The reason MI6 is doing that, is so the NSA which has data on all codex, will not have data to match on these Russian FSB influenced hackers. The Dominion software is not open sourced and no one outside the inner sanctum has had a look at it. What is it, is a high end hacking program, with security overrides that plugs into the NSA's obsolete Windows platforms to link to the main vote gathering hubs.
Windows was built by the CIA to have windows in it. That is the joke of the name. It is an operating system spyware platform. What MI6 did was strap an advanced vote hacking software onto an operating system which could be easily hacked. That is how Biden magically had 400,000 votes dumped into his pile in Virginia, 150,000 each in Wisconsin and Pennsylvania, and in Minnesota they played reverse engineering cute in spiking the metro numbers high first, in knowing Trump outstate would never catch up.

We also know a tell in this Biden vote fraud. When I first heard that New Hampshire had 80% voter turn out, I frowned as Americans do not vote. That has always been the problem, except when these e vote machines started piling up Bush and Obama numbers in rising scales.

If you want to know realilty of the vote, the reason Biden had to rig it to 80% of voter turn out, was that Donald Trump burying Joe Biden at an estimated 65% of the vote to Biden's 35%. Those numbers track at the normal low American voting rate of 50% which was always considered exceptional. Biden had to create 25% more votes for himself, plus shave another 5% off of Donald Trump.
What the Lame Cherry estimates with fraud paper ballots which appeared after the election ended, is that Biden had MI6 bring in the Obama 10% flip of votes away from Donald Trump as McCain and Romney experienced, and then dumped in 15% more in fraud paper ballots.

None of this went smooth by design, as the cover up by the media was massive in trying to bury the fraud Biden and foreigners were engaged in, and the not going smooth left too many tracks and red flags, because the British wanted Americans in turmoil, so they could put the United States on a colonial leash with the half brain Joe Biden in being such a weak geezer.

https://www.computerworld.com/article/3126791/one-election-system-vendor-uses-developers-in-serbia.html
But even an all-U.S. team is no guarantee of security. One election-system vendor uses developers in Serbia Election-system development is not unlike other software development

One U.S. Election-System Vendor Is Using Developers in Serbia

https://politics.slashdot.org/story/16/10/09/0020210/one-us-election-system-vendor-is-using-developers-in-serbia
The Open Source Election Technology Foundation is trying to move U.S. voting machines from "proprietary, vendor-owned systems to ones that are owned 'by the people of the United States.'" But in the meantime, Slashdot reader dcblogs brings this report from ComputerWorld: One major election technology company, Dominion Voting Systems, develops its systems in the U.S. and Canada but also has an ...

This was not the first election Joe Biden was involved in with foreigners to rig an election in America. He was in Serbia in 2016 AD in the year of our Lord, rigging American elections then.

It is why the President never could bring up the Balkans, because the Kushners were there and Joe Biden was there in 2016 AD in the year of our Lord.

Perhaps before the British trap America again into a 4th world war, like Britain did the first 3 in using American blood for it's empire, a chorus should ask Joe Biden what he really was doing in Serbia rigging election in 2016 AD in the year of our Lord.