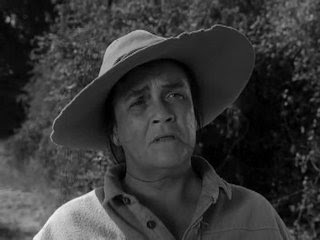 There is not any need in this era for railing accusation concerning the injustice of thee American Department of Justice, when a still small voice suffices, for that voice is backed by the United States Constitution.

In a case concerning the Oath Keepers over the January 6th framing of Americans, there is manifesting a reality that the FBI, as it has from the start of this, has been denying Constitutional Rights to Americans. In this case, the FBI and the DOJ have concealed from the Defendants who the FBI informants are.

In the US Constitution there is a clause which protects people accused of crimes from nameless entities accusing things from the shadows.

What is the problem of the above is the Confrontation Clause in the 6th Amendment. It's basis is the right of the accused to face their accusers.

The FBI and DOJ, can not just bring one of a dozen, an accused person has the right to face in court, to question and do their utmost to expose the accuser of fallacies in order to save themselves, for there is a golden thread in American Law, whether obscured or not, and that is everyone is innocent until proven guilty. Anything that hinders the accused of their defense is illegal.

The Confrontation Clause of the Sixth Amendment to the United States Constitution provides that "in all criminal prosecutions, the accused shall enjoy the right…to be confronted with the witnesses against him." The right only applies to criminal prosecutions, not civil cases or other proceedings. Generally, the right is to have a face-to-face confrontation with witnesses who are offering testimonial evidence against the accused in the form of cross-examination during a trial. The Fourteenth Amendment makes the right to confrontation applicable to the states and not just the federal government.

As you can read the right to face your accusers is so important and accepted that it was assured in the 14th Amendment too. The 10th Amendment secures all of these Rights, but they were being so infringed upon, that they were stated plainly.

It is disturbing in all of these cases that the Judges involved are not enforcing the Constitution as their role is established. A Judge is on the bench to protect all parties, the Constitution, the Public, the Government and most importantly, the Accused whose life and liberty are at stake.

The FBI has numerous warrants signed against Citizens and never naming the Agents or Informants. This protecting one party over another is not Constitutional. Undo favor is a violation of the Constitution.

America is no longer guided by Constitutional Law. People are being spied on, framed and accused of things, from the shadows. It is lawlessness released and the People are no longer protected by the limitations placed upon the government which is supposed to answer to them.

The fall of Sodom and Gomorrah was unjust courts. That is the fall of all nations when those who are vulnerable in the captivity of an armed police state and so intimidate that absolute power that the police state lynches them.

It is hard to comprehend how an unarmed person in chains against an entire police state can make them so intimidated that they have to cheat to perform a lynching.