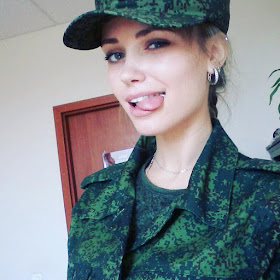 This is some information which you are not going to find anyplace else. The source is Russell Texas Bentley, the leftist transplant into the Ukraine as he appeared on the Rense program. Frankly when he said the following, I winced, because he has not yet figured out like most Russians in Ukraine that wanting to be part of Russia and Russia annexing you is two different things.

Russell Bentley is a Texan who speaks his mind. That was his value as he is intelligent and speaks the facts. That troubled the Kiev regime enough that they kept trying to murder him. His problem now is the Kremlin is the same group as the DC group that unleashed on Jan6, absolute power does not corrupt absolutely, it just ends your ideas of what your rights should be.

Most of you have been literate enough to know that when Russia pulled back in this last gambit of "Ukrainian advances" that they stunned the Ukrainians in not telling them, as allies. The Ukranazis slaughtered numbers of Russian Ukrainian peoples.  That all stunned a number of people, until you include what Russell Bentley shared.

He was complaining that the Donbass forces, the Russian militia so to speak in Donbass was not receiving any support from Russia in this last fighting. Bentley stated that those forces were holding the lines with limited numbers against superior forces.
Now Bentley covered his ass in stating that the leadership in Russia had been supportive, but he kept talking about the Moscow ideas of things as Donbass Russians were fighting and dying.

Let the Lame Cherry sort this out so you will grasp this. What Russia is engaged in, is allowing the Ukranazi to slaughter an armed group which it appears that the Kremlin does not want around, because they are armed and could and would challenge the Kremlin. This is what Russell Bentley and all Donbass have just contracted with in their vote to join Russia. With joining Russia, you get what the Kremlin's projections of power are. Just like in the United States you have federals coming in and stomping the hell out of the locals in Missouri over gun ownership, Donbass is about to discover that their high ideals are not what the Kremlin accepts. The Kremlin decides now what is lawful, what is policy, what is security for Donbass, not the people of Donbass.

Former President Medvedev has already stated that Russia will use nuclear warheads in the defense of Donbass and that NATO will not do a damn thing about it. Russia may shut this war down in a short period of time in using tactical nukes to wipe out what is left of the Ukrainian forces. A few nukes in Ukraine will send the Nazi's fleeing and a few nukes in Ukraine will rattle the windows in Warsaw, Berlin, Paris, London and DC. It is a new paradigm which is unfolding as the Kremlin defends the Donbass which is now Russia, and Russell Texas Bentley is no longer viewed as an asset as he is challenging the slaughter of the Donbass militia in being abandoned by Russia.

In Russia, people who make too much noised end up falling out of windows or having bullets to their brains. Russell Bentley is an old man who is expendable and he thinks he is in some peoples republic, when he is in a protectorate of the Kremlin who demands their people applaud the Kremlin and never say a discouraging word.

Donbass is now a front line piece in this chess match and it is Moscow which decides what is the purpose of Donbass just as DC decides the purpose of Texas is to be an invasion staging area.

As long as Donbass was a frontline of Russian militia, it was a paradise with murderous Kiev shells, Now it is a Russian property where the Russians have been voted to be masters and to enforce Kremlin law. It is an elopement marriage and there is no going back.

Russell Bentley, if he keeps speaking facts is going to take a walk out of window at heights too. He can not have any opinions or condemnations of anything Moscow now, anymore than he could of Kiev.

That is the Lame Cherry exclusive in matter anti matter. The Kremlin is slaughtering the militia of Donbass just as DC slaughtered the Jan6ers and is hunting them down yet.

This is why the Lame Cherry has stated, that living in Russia is fine, as long as you shut your mouth and salute all things Kremlin. For any American there, it is a short walk on the suspect list of how bad things can get even if all you want is to plant potatoes and fuck your Russian wife. Just like the FBI asks Russians in America for services, Russia will be asking people to do things for the Kremlin.

The best Russell Bentley can hope for is that the war picks up speed, and the Russian FSB does not have time to focus on the people of Donbass. If Prague does not become the frontline, then all of that focus is going to be on the survivors of the Donbass Russians who were fighting for rights.

Jeff & Russell Bentley - The Good, Bad And Ugly
Of Russia In Ukraine - Mistakes And Victories