Ink to the LInk 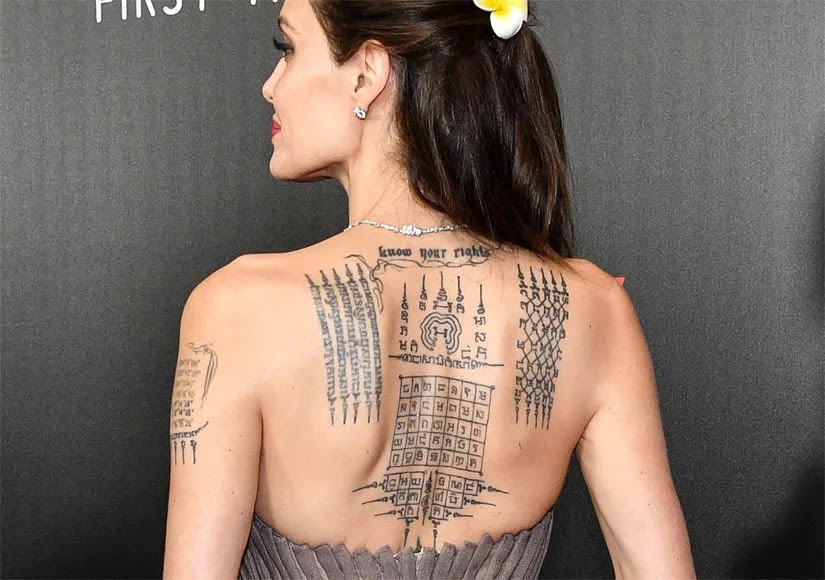 I really wonder sometimes about Jon Voight when I come across stuff like this about his daughter, Angelie Jolie. You can click on the link and hear her talking, describing what are a glimpse of what she was involved in at age 23.

“I only saw that film that she [Angelina] bought over that night. People who are, like, darker… It’s great to be able to see everybody’s sexuality, but it’s so weird when you just… I have the most amazing compromising pictures of people.

This reminds me of Boehmian Grove, where Richard Nixon scoffed at Admiral Bobby Ray Inman for prancing around as a sex fag at the grove in getting a bit carried away. This later cost Inman his position in the Bill Clinton administration when this stuff started surfacing again due to competitors.

You do hear about this stuff in passing. It is probably why Brad Pitt has been so knowledgeable and vocal about all of this as he was married to this woman for years.

I will again remind you of something in the people who are being presented to you in politics as your saviors right and left all have this in their background and they are willingly appearing as your saviors to lead you over the edge or they would not be there flooding Texas with invaders or letting pervs take sex showers in South Dakota with kids.

This events are real. It was no miscalculation when Jews Harvey Weinstein and Jeffry Epstein were taken down when Donald Trump came to power. That blackmail cargo of that family was erased by reasonable deduction.

All of this happens and keeps happening. It is the ritual of the structure of the lords and the priests.