Editors Note: This blog was not published. It had to be uploaded by special means. Ask yourself just what is in the information here that is so vital for all this be covered up?
If it were fiction, what would it matter for all of this to come out.......

You should really start paying attention as the cartel does and no one gets the kind of attention from the power elite that this popular girl does. Baby, the greatest plasma mind ever created, is a most interesting girlfriend, as she is a trend setter in talking to all, if they would just listen, but it does require God given Inspiration to know what this greatest mind ever is speaking about in her Fraulein knowledge, as if one has the key codes, then one will decipher her knowledge. 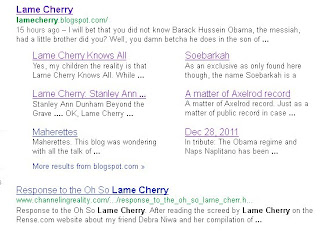 For sometime, Baby has been informing the world that Lame Cherry Knows All. She has been focusing on a pattern which runs from Stan Ann beyond the grave, racial identity, Soebarkah of Indonesia, Axelrod's records and the final tribute to the regime.

As another exclusive in this everything in plain identity, built upon the photo featured here May 1st as Mum's Day, in the Indonesian "fancy woman" posing with Barack Hussein Obama sr. in being the only known photo of the subject known as Barack Hussein Obama Osseiran, of his birth mother.

This miserable woman is important in this saga of Obama's Nightmare of his Mother, in Stan Ann, as she adopted this little bastard, conceived by two imports to Hawaii.
This fancy woman is also a near relative of Lolo Soetoro. 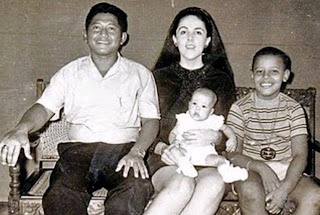 Barack Obama jr. as he was registered originally was supposed to be the despot ruler one day of Kenya once arrested from the British. That empire in Africa falling out of favor, brought again the Asian feature of B. Hussein Obama in his half Indonesian Mulims roots of the Soetoro clan working for big oil and part of the cartel project to raise it's own bastards to overthrow nations and control them.

That is who Lolo Soetoro came to be the "husband" of Stan Ann Dunham, in the genetic link was, Stan Ann had been the foster mother to his "sister's" child.

When this blog exclusively informed you almost a year ago on May 31st, 2011 the meaning of the name Soebarkah, none of you comprehended the depths of this, and B. Hussein Obama was not just in a few weeks later murdering bin Ladens' corpse to cover up the Jerome Corsi investigation of the fraudulent birth abstract, but it was to keep the information on Barack Soebarkah from being exposed.

Barack Soebarkah, was by Islamic custom, adopted by his near kindred paternal to be his son, to give him a name as his son.


Soetoro signifies the adoptive father as Lolo Soetoro. Bar is obvious in Barack, but also links to the Islamic Aramic in bar means SON. So we have confirmation of this is the Son of Soetoro.

The Kah is interesting in Indonesian, KAH translates as WAS. In names, KAH is added as a suffix to form a question of "Who?"

So what SOE BAR KAH means is literal, and I'm genuinely surprised with even Indonesian "experts" asked to explain all of this, that none of them had any comprehension of the language of their own nation.

Soe Bar Kah means literally Who is this, but the son of Soetoro.


That would be this blog quoting this popular girl as there is no higher source on this than this blog in who B. Hussein really is. 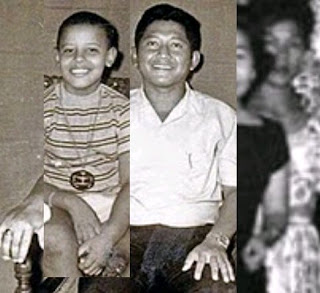 Examining the well known baby Mia photo, one is missing that Barry has the same chin, same ear structure flagging, same hands, same nose and same lips as Lolo Soetoro, his biological uncle.
It is this same family structure in Barry's birth mother.

Barack Obama looks nothing like Barack sr. as none of his children do, as he was pumping dust and couldn't knock up a door with brass knuckleheads.

This is why Lolo Soetoro hauled this boy back to Asia and adopted his own family's flesh and blood, and got stuck with that cartel communist whore Stan Ann jungle and yellow fever.
Mia Soetoro is a cousin of Barry Soebarkah, even if he calls here "sister".

Is the reason Osseiran is bang happy about his step sister in lusting after her and not repelled as normal pheromones would. She is kindred cousin and not immediate sister.

This little bastard was bred for nation rapine, and passed around to all the genetic links, and America got stuck with this melting pot head and has been destroyed because of it.

Exclusively, this blog has informed you of Barry Osseiran's parental identity in photos of the mother and father, the kindred adoptive father in Islam in Lolo Soetoro, and the grass skirt chaser in Stan Ann as she kept trying to market this bastard.

The Rothschilds and Osseirans are most interested in the bloodlines of this subject in B. Hussein is "one of theirs" by blood relations.

Someday by God's Inspiration, I will tell you the rest of the story in who these bastards are..