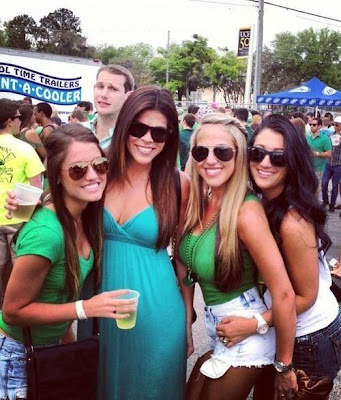 Let us face one thing perfectly clear, that if Jim Carey had put on black face paint, spit watermelon seeds, lazed in the shade jacking off as he ate chicken, there would be outrage, but since it is rural Americans, Americans suffering from Alzheimer who are all white, then it is all something funny to a racist like Jim Carey in dismantling the United States Constitution.

The reality is Carey is a racist and that fact is he ignores that black Americans, Asian Americans, most of Indian Americans are all gun owners, and their ranks are growing each day as the thin blue line of showing up 30 minutes after you bled out is the reality of America.

"Charlton Heston movies are no longer in demand, and his immortal soul may lay forever in the sand. The angels wouldn't take him up to heaven like he planned, because they couldn't pry the gun from his cold dead hand," Carey sings, with help from famous peace advocates Mahatma Gandhi, John Lennon and Abraham Lincoln -- all peace promoters assassinated by gunmen.

There is problem in Carey being ignorant of history, as Abraham Lincoln was not a peace advocate in he chose war, the most brutal kind of nation rape war on the South in releasing slave terrorists throughout the south.


Gandhi was quite firearms oriented in this quote.

"Among the many misdeeds of the British rule in India, history will look upon the act of depriving a whole nation of arms, as the blackest." -- Mahatma Gandhi ...

Even John Lennon before his death, had become a staunch supporter of Richard Nixon and the right in America.

The fact is the "men of peace" that Jim Carey attempts to profane from the grave, chose brutal war, wanted people armed and used pacification to bring down an armed people he could not win a war against, but knew their morals would preclude their murdering him in Gandhi, and John Lennon the dope headed peace twerp, grew up before his death in rejecting all the garbage of the left.

Jim Carey is in his ignorance exposing more things about Jim Carey in racism in deeming people of brown and black skins not capable of owning firearms nor capable of defending themselves.

The reality in gun ownership and those who want to deprive ownership is a reality that Jim Carey lost the debate and stooped to using a dead Charleton Heston to drag him around the cinema to make a point, that Carey is a cruel person inside, for he never sees guns defending America, families or children, but deep down Jim Carey sees guns, as he views the world in his heart as something which he could not be trusted with as he would murder people, including children with those guns.

Carey attempts to use the psychological psychopathy that men who have guns are making up for lack of penis size. With women arming themselves in America, Carey does not even mention women a chauvinist in what they might be attempting to make up for...........as in being raped, robbed and murdered.

For the reality, people turn to comedy because they are miserable inside and want attention, and hide behind the laughter. Carey never has been like all of these gun grabbers ever been able to carry on a sustained relationship with any human of the opposite sex.
As noted Carey, made the point of including children and bending in one of his rants that he calls humor, but exposed Carey to the question of what is really going on in his head in using children as a tool to get what he wants, with sexual undertones.

I have endured a few of Jim Carey's movies. He is not funny unless one is 3 years old and likes a great deal of screaming and movement. Frankly, Carey should be aware that the very people he is attacking in his rants are the ones who paid for his rich life, as that is the class of people he appeals to mentally.
They though are waking up to what Jim Carey is, a broken persona who has not worked in years, and who has a mind that it never crosses the reality that women, blacks, Asians, latinos and Indians are all gun owners, but nary a word is sung about any of those groups as Jim Carey considers this a "white only" issue of people who are "those people" that the Letterman cocktail crowd want aborted out of existence.

Jim Carey issued a quote which sums up what he is:

"Thx 4 your input 2day. I don't think i've ever felt so despised and so free at the same time. It's been delightfully. ;^}"

Interesting in Jim Carey, equates being despised, as he attempts to still be a child in writing juvenile, with being free at the same time.

Jim Carey did this to be abused, to be punished, for whatever sins he has harboring inside of hisself, and that is what has freed him as finally he is being punished to a level that makes him feel free from the guilt.

Analysis is Carey is guilt ridden over taking so much money from poor gun owners for his fantastic existence he is imprisoned in, but he can never do the right thing in returning all the money.

So many of these white face paint rich artists like Randy Newman, see this as a white world. Jim Carey never seems to notice the piles of dead Muslim children who needed more protection from Barack Hussein Obama than they ever did from anyone on the planet.

That is always interesting in these racists like Jim Carey that dead white children in Sandy Hook matter and the dead brown skinned children created by their donations and support of B. Hussein AKA Barry Chin never crosses their minds.

So pleased Jim Carey that you decided like your liberal race baiters to expose yourselves again.

It appears like all of these Obama voters, that they want that Designer Negro to carry out the murders and rapes which Jim Carey dreams about, but never has the balls to act out upon...........but to do it to those bitchy white women like Lara Logan getting dirtied up by Egyptians for rejecting Jim Carey in school and offing those Arab children as there is a difference in Jim Carey between white children and those "other skinned" children.

Just like there is a difference in Carey Obama's America is different from those "other rural Americans".


God bless you Jim Carey, in the Holy Ghost of God and the Lord Jesus Christ visiting you with all the necessary means to have you repent in Jesus Name Amen.