A note to the Philippes 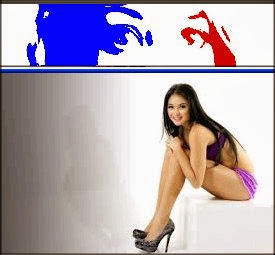 As a note from Lame Cherry to the Filipinos of the southern islands..........

In the Spanish American War, the Americans saved you from Spanish Imperialism. The Americans educated you, employed you and treated you to advance your society.

In World War II, Americans once again defended you, to the extent that General Douglas MacArthur bucked President Franklin Roosevelt who wanted to leave you a Japanese enclave as not worth liberating.

For that, in the 1980's you booted out dictator Ferdinand Marcos, a national hero of World War II. For that, you had installed for you that blithering idiot, Corazon Aquino in your "people power".
For that, you booted Americans out of our base in Subic Bay, in being the worst sort of ungrateful people of the New World anti American Order.

For that, you passed laws prohibiting American bases on your islands, to which America has been operating covert bases as grande as ever, which do little to employ or help the Filipino people.

Now I watch you with a typhoon, that has flooded your southern Muslim areas, and listen to you bitch about your worthless government is not saving you or assisting you. Well welcome to the adult world, in you chose that regime, but yet I see you flocking around with signs in English begging American military transports to feed, clothe, water and shelter you for hundreds of millions of dollars.

You chose this path much to the humiliation of America and Americans. I remind you of that little matter of the bombing of the Murrah Building in Oklahoma City in Terry Nichols traveled to the Philippines to learn how to be a terrorist from your terrorists.
I remind you that it was the Philippines which had aerial connections to the 9 11 terror attack on America.
I remind you, that is it your outlaw militant Isalm in the southern islands which is a festering sore upon the Philippines, the Pacific and America.

You caused this, all of this. Now after all your misbehavior you come begging to Americans for help after pissing on America, and teaching terrorists to murder Americans.

I have no compassion on you. You should have all been washed out to sea and the world would have been a better situation for the ingrates you are.

In that, the Continentalist Party is not about giving free aid to people like yourselves in the massive Obama debt. Oh yes, then there is your boy Birther Hussein Obama Chin, whose mother was imported from the Philippines for Barack Obama sr. as an anchor wife in Hawaii, whereby she birthed this foreign agent known as Obama which has brought America to utter ruin.

So the Continentalist Party now places the Philippines on alert. You have proven you are incapable of governing yourselves. You can not even respond to a typhoon you were warned was coming. For the American response, the bill to you now is the passing of laws bringing about the military governorship of the Philippines again, with full military access and Filipino assistance.
Furthermore, our Subic Bay and Clark Field, along with anything else of property Americans desire to reclaim is the cost of this American assistance.

This is the Continentalist Policy response. You will be chastised for kicking America out after all Americans did for you. You will be made to disciplined to respect your keepers. You will be kept in managed freedom whereby when storms come, you will be evacuated and supplies will be on hand to assist you, along with rebuilding your homes on elevated ground so you do not all become drown rats again.

You have behaved badly. The Continentalist Party will neither forgive nor forget. You owe a debt and will be made to pay it. The Continentalist Party is the Sons and Daughters of the Revolution who will require back Theodore Roosevelt's Panama Canal, payment of the Iraqi and Afghanistan people for those wars in their liberation in oil and resources, and, the list will expand upon every region, including the western Europeans in that immense Cold War debt owed to America for providing defense and that matter of trillions which your Birther Hussein looted from America and then dumped in the European banks.

You do not deserve respect, but deserve exactly the above. You have a choice in either paying the bills due or being turned over to the Peking regime, where your women will be turned over to be marriage raped by the millions of available Chicom males, while your male are turned into production slaves.

So ends this policy statement of the Continentalist Party in America.