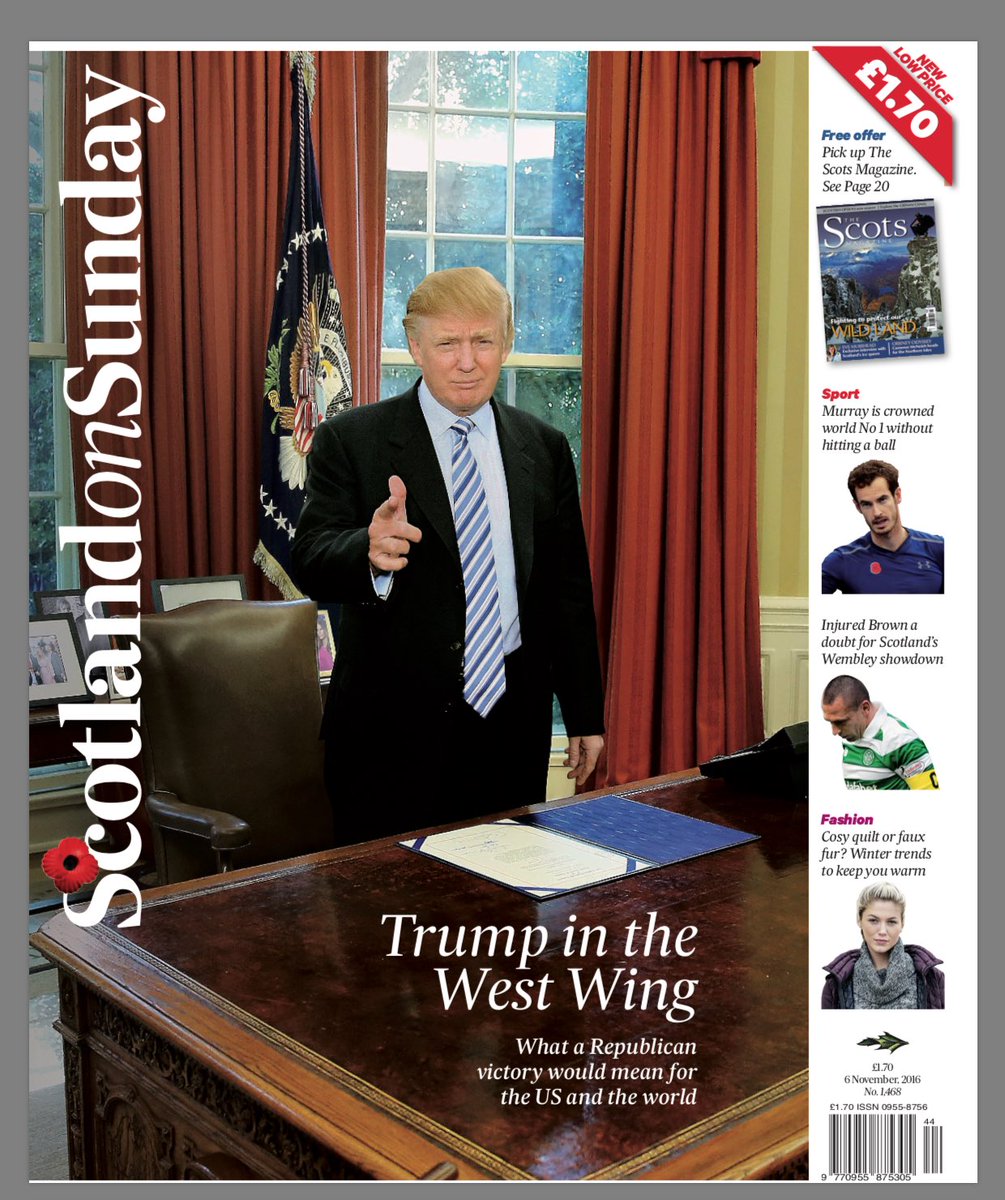 On this day before Donald Trump's election as President of these United States, the Lame Cherry is going to point something out to you, which all of you have missed again in the early voting.

Have you read one exit poll in how these people are voting?

No, you have not.

You have heard a Mockingbird spin of large numbers turning out, and the Republicans have a slight margin, which is true, but it is designed to make you think this is a close election, as all of this propaganda has been setting you up for months to suppress Trump votes.

Again return to the WHY IS THAT? Why have you not heard one exit poll, as you know there are reams of them in the Clinton campaign, and yet no information is being leaked.

I will explain this again for each of you.

These pollsters and press, know that Donald Trump is ahead in landslide margins, but they still are being paid to suppress the Trump vote. You only have to look at Hillary's donors to know that she pays them record amounts of money for spinning fake polls and they in turn launder money in donations back to the campaign in quid pro poll.

As you now know the secret if you were reading the above, the exit polling is all revealing that everyone is voting for Donald Trump, with a huge margin of Women, Latinos and Blacks voting early for Donald Trump.  If it was otherwise you would be hearing this non stop. They can not lie, because when  Mr. Trump is President, his administration is going to prosecute these criminals for vote tampering, so you are getting the clever 70% fact and 30% inferred lie of Mockingbird.

This is what no one is telling you, in Americans since Ronald Reagan, are snarling generation with their children of simply having had it in being screwed over. These Neocons of Bush, Clinton and Obama, do nothing but lie, start wars, use terrorism, steal your money and criminalize you. So when the chance comes to stick it to Hillary Clinton, Americans are turning out in record numbers for the simplest of reasons, and it is this:

The entire spike for Donald Trump occurred when he uttered the phrase in the Second Debate to Mrs. Clinton, "You'd be in jail". That triggered something deeply in every American.
Blacks have been shot and dumped by the side of the road by Obama and the Clintons, so they are thinking, "Yeah I can not betray the Birther, but I sure can stick it to old Hillary for these people screwing up my life".
Latins are the same in not appreciating being slaves in mass, so they are thinking this is one way to get their pound of flesh.
Women have had nothing but hell since 2008 in this political rape in America, and they are thinking, "OK Hillary, see how the fuck much you will like jail time in the grey bar".

You have to get this, in the driving force for the voters in America is they want reality television. Not in Donald Trump, but they want to sip wine and hourderves and cheetos and beer, as they watch the Trump Justice Department, haul Hillary Clinton out, and stick it to her, and a host of these other bastards who have been screwing everyone over. Americans want a balancing of the scales in the press in prison, politicians in prison, pollsters in prison. Americans have had 28 years of abuse, and now they want to see Donald Trump do the things that they can not do, and they want to enjoy it.

That is what all of this voting is about. It is not voters surging for Hillary Clinton. It is voters, Democrat and Republican surging to the polls in one common motivation, and that is to put Hillary Clinton into prison, and to make it as bitch slap as possible, as the NFL sucks, and Americans want some Court Sports to satisfy them.

We are never going to get back the thousands of dollars in Obama gas price hikes, Obama taxes, Obamacare, Obama electric, Obama deflation in our wages, but by God and Donald Trump, Americans are going to have that 80,000 dollars in entertainment which has been extracted from them.

I was monitoring our local fag CIA news station report on voting, and they featured two women, but they cut the story off without having the women say who they were voting for. They might not have looked like Trump voters, but they were, because there are millions of people who simply have had it with these lunatic criminals who have taken over the Democratic party, and the answer to rectifying that is to vote Donald Trump, keep the GOP control of Congress, and then let the Justice Department be unleashed to settle the score.

We all are aware of Donald Trump cutting our taxes if we earn below 50,000 dollars. We know about building the Wall. We know about ending ISIS. We know about getting along with Russia.  There is something in this mix though that is being covered up, in numbers of people are voting for Donald Trump, because he will put Hillary Clinton into prison.

I will remind you, that the last poll that leaked out, mentioned Hillary Clinton had dropped 10% of her Democratic voters. That erosion is continuing and the reality is, even with vote fraud and GOP vote suppression, the Trump voter numbers are surging, and those including millions of Democrats voting for Donald Trump, and there are so many of them, that the Clinton presswhores, are mute on the story of people voting for Donald Trump and against Hillary Clinton, because they can not spin this against Mr. Trump.

Those are the facts in the massive early voting is for Donald Trump, to put Hillary Clinton into prison. The exit polling is showing this and it is being suppressed.

Get used to the reality, Donald Trump in the White House, and every one of you joyously repeating President Donald Trump and convicted felon Hillary Clinton in Leavenworth.

That is what the early voting is all about.

agtG
Posted by Lame Cherry at 9:49 AM