Ben Affleck drives dirty Jew, Harvey Weinstein, back to where he came from 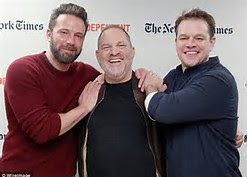 You dirty Jew bastard, we'll take your 30 pieces of silver
but no one gets to molest our women but us!!!


After Ben Affleck, engaged in what would be defined in liberal hate speech, as an anti semite tweet against Harvey Weinstein, as liberal Hollywood does not want their women being touched by those Jews, the internet is alive with the reality that Ben Affleck was rubbing the nipples of a young kid on set and that Jimmy Kimmel was asking women on the street to put what he had in his pants into their mouth to tell him what it was. 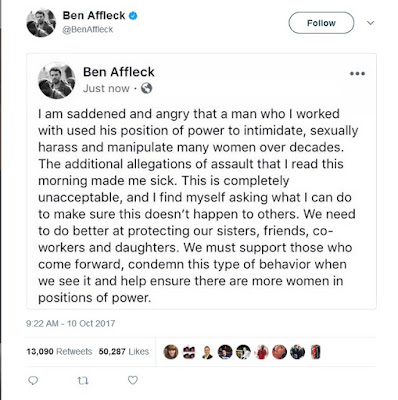 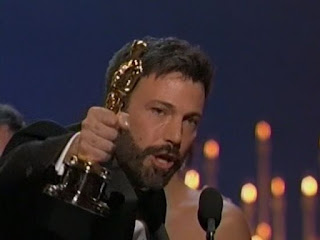 I did not tweet that nipple, Ben Affleck, #Nipple Tweeter

We are all imprisoned in a world now where offering up a Jew for the sins of many is supposed to suffice for the sins of those guilty of the sins. It is reported that both Casey and Ben Affleck have a most dirty past in abusing women and being exposed for it.
As bad as what Harvey Weinstein was, he at least engaged in his sexual prowess in private, while Ben Affleck apparently desired a stage to hold a woman in bondage in public where she could not slap him, and she was at his mercy.

Where was Ben Affleck when Bill Cosby was drugging and raping women? Where was Ben Affleck when it was Bill Clinton raping women? Ben Affleck in those times could not cuddle up close enough to democratic white politicians like Jimmy Carter to create propaganda, but the moment it is a Jew who Affleck owes his career too, along with Matt Damon, they can not be dragging the Jew quick enough before Pontius Pilate to save themselves.
We do remember that Barack Obama abused Benjamin Netanyahu and hated Jews, and yet remained silent in all sorts of sexual crimes, including his own, but the moment Jewish Harvey Weinstein appears before the lynch mob, Obama is the one holding the robes to stone Weinstein, after Weinstein admits he has a sexual problem and is seeking treatment. 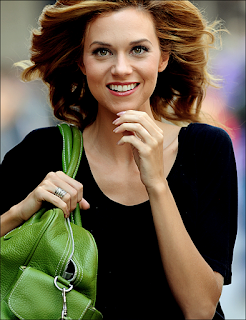 
Hilarie Burton tweeted a video clip from a documentary about the show in the early 2000s, showing her recalling a moment that Affleck “comes over and tweaks my left boob.” 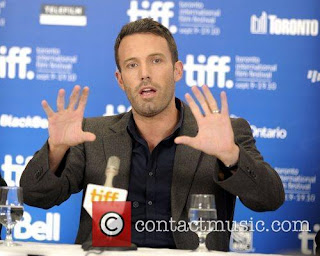 This has particular distress for me, as Ben Affleck's brother, the talented Casey Affleck is the fortunate friend of that greatest acting star of all time in Joaquin Phoenix. Mr. Phoenix of course would never stoop to such abuse of women, as he is beyond reproach. Furthermore we all know that Mr. Phoenix could never suffer the charge of unwanted sexual advances as he is the epitome of sexual allure, and all women would appreciate his advances and attentions.
It can be understood that a Ben Affleck, seeing such allure of Joaquin Phoenix, thought that he could fondle women in public, as I would assume that many women have placed their breasts into Mr. Phoenix's hand to appreciate them, but Mr. Phoenix being the absolute moral standard diffused the situation with a compliment and a lecture on the virtue of womanhood.
This is what is distressing in such a man like Joaquin Phoenix who took it upon himself to be a good example for the Affleck's simply could not overcome their nature, and now this simply does not serve this greatest actor of all time to have such people around him.

That is the problem in these anti semitic Jew hunts in everyone piles on who pretend to wash their hands of this, and their low natures, impugn the dignity of such icons who have led such lives devoted to their true profession in fulfilling the enjoyment of millions.

Now that Ben Affleck and the anti semites have driven Harvey Weinstein back to where he came from, can we not now all join in and conduct ourselves like Joaquin Phoenix, the greatest actor who ever lived, and call for all of these rich anti semites who have gone after Harvey Weinstein to have half their property seized for a victim's fund, so that these myriads of children still abused by pedophiles, women and men, can have the type of funding that Harvey Weinstein provided the women he had interactions in employment and revenue.