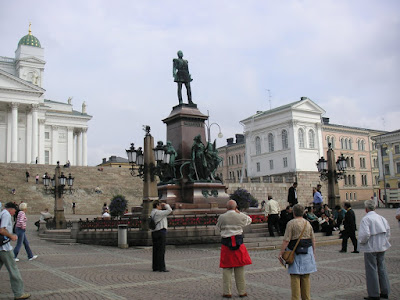 
America does not want neutrality. Neutrality gets you invaded. America needs unbridled nationalist fervor protecting the Fatherland's own interests in Vienna Austria.

What the Lame Cherry is about to explain is not an attack upon Donald Trump or the hyped up media version of grabbing headlines. It is a calculated assessment of the biggest blunder of the Trump presidency which will haunt America and the world when war does break out.

It concerns the summit between Donald Trump and Vladimir Putin. Mr. Trump was offered the excellent offices of Vienna Austria by the European leader, Sebastian Kurz, only to instead settle upon Helsinki Finland, which is closer to Mr. Putin, but also is a direct affront to the Austrians who will control the future of Europe, not for 6 months, but for tribulation which will come.
It is assessed that American arrogance, and American pride rebuffed the young and future leader of Europe, as Mr. Trump did not want to share the stage with a leader of arising stature as Mr. Kurz. You may not know who this man is in Sebastian Kurz, but not since Henry V in his salad days and those he is mastering now has such a leader arisen in Europe. This is the most accomplished thirty year old on the planet and he is the future of Europe.

Assess  this now on a chessboard. Mr. Trump has just cut out the future by not meeting in Vienna with Mr. Putin. Thee necessary buffer zone for America with Russia no longer exists.
What happens when Mr. Kurz's European army appears and this force tells NATO it is no longer the alliance they will support or fund? Suddenly Donald Trump is in charge of jack and shit, and Mr. Putin no longer has to deal with NATO or the United States, as Mr. Trump is Atlantic looking into Europe, as there is every reason to believe that a coming Austrian, German, Prussian, Polish axis, assisted by Italy and the Balkans will be the major power of Europe as London and Paris go up in Muslim flame.

Consider that map then, in the United States without the territorial resources of Europe. Consider an economic reality where finance is pouring into a Kurz led union and out of the United States which is going into a second wave depression. Again suddenly, the world superpowers arise in Sebastian Kurz and Vladimir Putin as China in dictator Xi brings up the wagon train of slave labor.
Faced with this reality, thee Americans would have empty pockets in coming to Europe, with absolutely nothing to offer them, but fodder bodies as in World War I and II. Russia will have no use for the caged Americans, and China might consider that all that oil in Alaska is their necessary future and will probably take it.

Are you beginning to understand Donald Trump's mistake? Sebastian Kurz is east west. He has the contacts in Europe east and west. He has allies all throughout Europe, including numbers in the German parliament. He is the future of Europe and Donald Trump could not have vision enough to meet in Vienna, to keep the Russian American friction line in central Europe as a buffer. All Helsinki does is open a new festering wound for a Russian armed spear to shove it's tanks through in taking Scandinavia when hostilities break out.

It is far better for American interests to have Sebastian Kurz as the buffer that Vladimir Putin is looking at, instead of as a neuteral ally, as Moscow has the opportunity to have Europe lock America behind her ocean walls.

The advice of the Lame Cherry to Donald Trump is to fix this, and to agree to invite Sebastian Kurz to Helsinki as a prominent member of the Trump, Kurz, Putin triad of superpowers.