Yes the clock has run out America 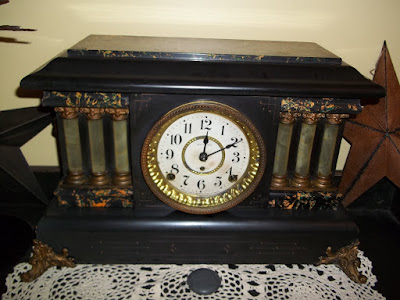 Oh that poor Republican hierarchy led by Donald Trump, has had the clock run out on them. Yes the fiends have won and the swamp is flooding again the fruited plain, but allow the Lame Cherry a few moments of your time to set the record straight as Devin Nunes attempts to brainwash a narrative of the Victim Republicans. Devin Nunes: The Dirty Cops Have Run Out the Clock


Do you remember the GOP telling us that if they gave them a majority that they would stop Obama and in the hearings in the House on Obama's many crimes, that they would get him? We gave them that majority and they did absolutely nothing on Benghazi  to Obama wilding rivers in GOP states or polluting GOP Gulf States with Gulf Gushers.
That was preceded by the GOP having W  Bush in the White House and Pedo Hassert in charge of the House and nothing being done, as that Gang of 8 led by John McCain would  not allow any Conservative bills to pass.........another damn lie to progress the liberal agenda.

Now for two years Americans gave Republicans full charge of the Congress, White House and yes, Supreme Court and we got NOTHING. Kushner and Cohn Wall Street got tax breaks, but Obama taxes stayed in place in Trump collecting RECORD revenues.
Obamacare stayed as the law of the land  as the GOP wanted it for their conglomerate cronies as it meant trillions of dollars in diming Americans to death.

Donald Trump signed a deal with Big Oil to export our energy, creating a shortage here, so our gas prices spiked. There is another spike coming next year as I have warned you because Donald Trump has not built one coal power plant, but sold our coal to China. No clean thorium reactors being built either.

I could go on to Mr. President and Mr COS, Junta Kelly sabotaging the innocent Roy Moore, flipping Senate seats, and remind of Paul Ryan retiring and most of the GOP as they were told the democrats were going to be in charge as Donald Trump in his RNC Romney left 40 seats open to be taken by the democrats to create this turnover, and yes.......Donald Trump dismantled the vote fraud commission, allowing all of these GOP House members to have their elections STOLEN after the election.

For the record, numbers of California Republicans had their names removed from registration lists, and had to vote provisional ballot....and those ballots are still not counted nor will ever be counted in democrats stuffing ballot boxes.

Remember Mike Pence.....yes staring down President Putin and promised to all of us to get MAGA through as he was friends will all the Congressional members...........not a thing accomplished.

So when you hear Devin Nunes lament as a victim that the crooks ran out the clock. Just remember that Donald Trump refused  to release the documents to blow this wide open, along with exposing MI6 as behind this. None of this could have happened if Donald Trump had not aided in it. We witnessed his "trumpians' go into West Virginia, South Dakota, Alabama, Arizona and flip elections for democrats and RHINOs when Conservative women were on the ballots.
We saw Governor Scott Walker receive political TRUMPICIDE in flipping Wisconsin to democrats as Mr. President or Mr. Pence to Be, did not want Walker challenging for the nomination in 2020 in the meltdown which is upon America.


But you just keep believing in the rhetoric and being diverted by Jim Acosta WWE theater, in hoping something is done to save the GOP. The GOP has been ruined as Webster Griffin Tarpley predicted it would as Donald Trump is now the figurehead of democratic socialism and Hillary Clinton is the head of democratic communism.

The bad cops did not run out the clock. The clock never started as this game was fixed as the leftists in the DIA who installed Mr. President were protecting conglomerate nazism which funds and builds all of their war toys as the welfare state turns humans into doped up animals fucking themselves to death, to be replaced by Jesuit  Mexicans and Sunni Muslims.


What is it, is every rich person on this blog a self servicing traitor, that as long as their portfolio is full of Wall Street lucre they will not make the big donations,  as this blog is thee only media source out there now explaining what has just taken place as you are being conditioned again that nothing could have been done the last two years.
Is it not odd that on everything predicted here in Hillary Clinton running here, Mike Pence running a White House coup, the House being flipped to democrats, the Senate being weakened to not be able to do anything for Conservatives, to endless other insights, has come true from the Prophetess Inspired by God?

It all came true exactly as the Lame Cherry told you it.

Now you rich people start donating and be responsible past your summertime saints, keyboard commandos and your patriot propaganda, as for what is coming, none of you are smart enough to figure it out and none of you want to be going into this blind in your self absorbed darkness.
For the rich who do not like being spoke to in such an honest manner as all of their fawnlings tell them their shit does not stink, you need to be jacked up because the Founders pledged everything they had to their  lives for America, and you are so unAmerican that you are robbing poor people to do all the bleeding for you.