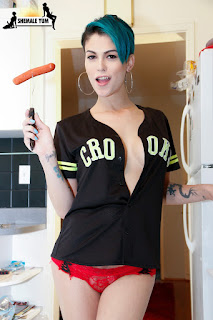 The critters of Pastor Lindsey Williams do not blink. By that it is explained what tough balls they are in once they were allowed control of Weather Modification by HAARP in a deal worked out with the intelligence, security and military which backed Donald Trump then it was putting all Americans on an iceberg and kicking it out to sea.
It has been especially nasty as anything ever engaged in, in making North Woods look compassionate.

As the only journalist reporting on Weather Modification, it puzzled me in the powerful people who do read this blog, that when I start informing the public of things, there usually is a roll back in about 10 days. Not with Weather Mod under Trump. These cartel members murdered the mother the day after Thanksgiving and I  think I have counted about 150 dead here who were elderly and cancer patients from the stress. Literally, the people stopped dying as there was not any more old or sick people to go tits up.

In the last HAARP cold jet exposed here coming out of Saskatchewan Canada, I noted how odd it was in this jet stream appeared in about a 75 mile corridor for a day and then vanished. Then in this week of February 18th, the same explainable cold was forecast with the same snow dumps in the area I have been noting in Bone's Watertown South Dakota.

This map shows that temperatures should be in the 40's in the upper Dakotas and 60's in the Midwest as the Jet Stream is pulling air from Mexico.

Something though changed in this as yes HAARP is running out of energy in this severe cold, but this area  was to get 6 more inches of snow on Sunday, and drop to another week of 10 below averages for the period. That is when I started noticing the radar maps in the end of last week, the snow split between the North Dakota and South Dakota interstate corridors east to west.
Watertown was spared. This became more interesting as a snow bomb went off in South Dakota on Saturday........and it looked on the radar as if someone was blocking snow fall over this region.

Yes the Weather Mods had blocked snow and severe cold after using this Dakota region as launch zone for weather control over the Untied States. Someone blinked. Someone made someone blink. The Weather Mod blinked.

See when you point out that a George Soros is losing a billion dollars because Big Energy destroys North Dakota bean, potato, sugar and corn crops. that does start to get other cartel member's attention. See when the "drain" of all that snow brings flooding to all the rich regions on the Missouri Mississippi flood plain, costing insurance companies a trillion dollars as this snow is going to melt and it is going to flood, it becomes a compounded problem as any rain in the spring compounds this and compounds it into summer. It blows the entire Weather Mod picture from New York to the Dakotas, because Big Energy got the green light to freeze people to death in order to make them buy heating fuel.
Yes they have balls of stone, but there is an entire other economy as large as Texas  and spread out over  the Midwest  and Northeast, and from airlines to burger franchises all of this snow and cold has depressed the real economy, and coupled with Donald Trump's faux regime shut down, real problems start showing up, because while the sheep bleating do not matter, the sheep starting to act out in revolting beyond the chosen ones for Alexandria Ocasio Cortez or Laura Ingraham, becomes a problem as it is hard to hide deploying federal police and  troops in Wisconsin.

I  will have to wait and see if Big Energy has been reigned in using HAARP to extort money as the weather will prove what is the real situation in the cartel. I have had it confirmed that Big Energy without any reason at all jacked gas prices in South Dakota 20 cents in one week. They are going to squeeze ever drop of blood from these turnips. It is a point though that the Weather Mod's blinked. This was not as in January 2019 when they were shifting from the Greenland frigid air to atmospheric air flips and then went Arctic with the fake polar vortex. This  was an absolute blocking pattern to protect Minnesota in that water shed of the upper Mississippi from more of an overload in snow. It is the same blocking which has  all of these fronts from moving into Canada and the weather following the 48th.


There probably should be people in the cartel thanking me as I just saved them a great deal of problems in pointing out that Weather Mod does not just kill my mother, but it kills their systematic control when Big Energy hogs it all and takes nothing into account that this is all domino connected and as one falls it all begins to fall.

With that, Nuff Said