The Real Story of Michael Cohen is his Wife, Laura Shusterman Cohen 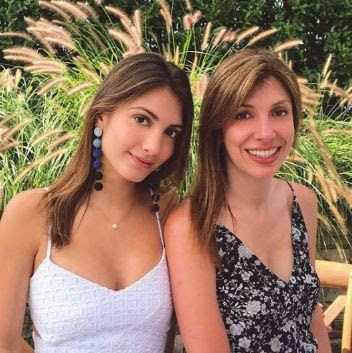 As another Lame  Cherry exclusive  in matter anti matter.


I am going to preface this with the reality of the New York filings on Michael Cohen, former attorney of Donald Trump, by the Department of Justice, all repeat the fact that Michael Cohen is duplicitous. To put it plainly, Michael Cohen is to law what Jared Kushner is to slum lords in New Jersey.  They are small time Jews trying to play in the Jew Street world, and they simply do not measure up, so they turn to the Jewish mafia in Russia to fill in the blank checks, and in that, this is the reason protector of America, Robert Mueller went after Michael Cohen as he is a weak link, and Donald Trump was joined at the hip to Russian mafia too. 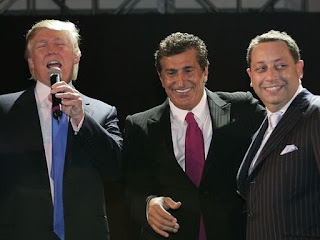 One only has to look at Michael Cohen  and his brother to figure out that these two dumpy Ben Shapiro short stops stood about as much chance with girls as the 98 pound weakling. Cohen appeared intelligent though as a hustler like the Kushner's in finding the easy way for everything. Donald Trump was  an easy way, Russian mafia money invested in America was another easy way,  and being a  New York Jew, the easy way to get a wife was the old way in finding a Slavic Jewish family in need and marrying one of the  pretty ones.
Enter Laura Shusterman Cohen, the daughter of, Ania and Fima Shusterman. Laura Cohen is a beautiful woman, and a devoted wife and mother. She also according to family insiders was threatened by Robert Mueller with 30 years in prison for committing fraud in legal documents her husband had her sign in inflating the price on some real estate.
Yes it was a stretch, but Mueller's people find crimes in what rich people do all the time in telling banks their properties are worth more than they ever will be, and for this Laura Cohen became the leverage of Robert Mueller to flip her playing out of his league husband.


As Cohen and Deutsch rode down in the elevator following their lunch, The Post heard Deutsch ask Cohen, “How’s your wife?”
“Not good,” Cohen answered. “She didn’t sign up for this.”

There was something in this though that caught my attention in a tweet by Rep. Matt Gaetz. It was not that Michael Cohen was cheating on his wife with numbers or tramps, but that Gaetz specifically mentioned Laura's father in law who had been involved in Cohen's investments.


He wrote, “Hey @MichaelCohen212 – Do your wife & father-in-law know about your girlfriends? Maybe tonight would be a good time for a chat. I wonder if she’ll remain faithful when you’re in prison. She’s about to learn a lot…”

In poor old Ukraine, there is not supposed to be a great deal of money unless Bush family associates are investing that money for them like Paul Manafort, which pisses off the people who think that money is their money. The  Shusterman's though are interesting like the Kushner's in coming out of Eastern Europe with a wad of cash to invest in America, as Shusterman even had money for the expensive real estate in Trump Tower.

In the  background  of  the dumpy Cohen, he seemed to be making a number of Jewish mafia connections and then ended up with pretty Slavic Jewish wife and her family had money, which indicates that Michael Cohen married into the family.

In knowing the way mafia families feel  about their in laws screwing around on their daughters, the Gaetz tweet carries a great deal of weight. Cohen is already a dead link for the Russians or Jews to use in America where he once was gold due to his becoming  the target of the Federal authorities, so there is not a great deal of value left of Michael Cohen, once he betrayed the family.

https://heavy.com/news/2019/01/fima-shusterman-michael-cohens-father-in-law/
Between 2002 and 2005, Fima and Ania Shusterman acquired three apartments in Trump World Tower in New York. In 2018, the couple decided to put the properties on the market, according to The Real Deal.


Michael Cohen is a lawyer who sought out mafia investment for his investments. He was not a racist as it seems he would take anyone's money as long as it was their money he was risking.  It purchased an affluent lifestyle  as he rode the coattails of another shuckster in Donald Trump.
One can realize that when you are married into the family there is protection, but at the same time, anyone with intelligence knows that no amount of money is worth the risks of being involved with these people for the money. Once that association starts the authorities always are looking at you and the mafia is  always  wondering if you are going to sell them out.
The point being Michael Cohen sold out Donald Trump to save his Jewish Ukrainian wife, perhaps more to save himself in the short term as betraying her would be something unforgiven by the family with extreme penalties. Penalties which Matt Gaetz's taunt rings like whistling through the graveyard  as sticking your cock into whores in betraying your Ukrainian wife is certain to bring the chagrin of the Slavic Jews.

https://www.needtoimpeach.com/corruption/michael-cohens-criminal-associates/
Long before representing Trump, Michael Cohen had business and legal associates who were Russian mobsters, money launderers, and criminals. Cohen had an ownership stake in a Brooklyn catering hall and event space that for years rented to Russian mafia bosses Evsei Agron, Marat Balagula, and Boris Nayfeld. 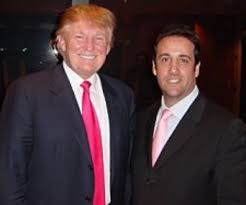 Michael Cohen has been cutting corners and how he has been filling in on his big top illusion with mobster funding and the worst of it, he not only was cheating on his connected wife, in not knowing how fortunate he was to have a woman like this even look at him, but he decided to call attention to it all by rolling over on the President of the United States.


In June 2003, four partners started Atlantic Casino. Cohen, Vaygensberg, and Tatarchuk signed a document giving each man a 30% stake. A fourth, Valentin Laskov, controlled the remaining 10%. Cohen promised to finance the business with $1.5 million, while Laskov promised $800,000. Vaygensberg and Tatarchuk did not put up any money, but were given shares because of their “expertise and experience” in the casino industry. They received a salary of $1 a year, but as co-owners, each was entitled to nearly a third of the company’s profits.

President of the United States is key in this now, not because of the President, but because how this all began, and it does not matter if it was corner cutter Michael Cohen or Jared Kushner, both of these huckster Jews were selling Donald Trump to the bidding of the mafia. Trump provided legitimacy for their investments in the world of real estate which they could only buy.  Put Trump Tower on your portfolio or you are in business with the personal attorney of Donald Trump, and people in finance who would look at you with suspicions would instead be opening business deal doors for you.

By 2003 Goldstein already had three businesses with Malnik, a flamboyant South Florida restaurateur and movie financier whom authorities have long tied to the mob. In 1970 Malnik stood trial for tax fraud and was acquitted. In 1980 the New Jersey Casino Control Commission found Malnik “associated with persons who engaged in criminal activities, and that he himself participated in transactions that were clearly illegitimate and illegal.” The commission cited "substantial credible evidence" presented to them.
“It was a known fact among the criminal world that dealing with Al Malnik was the same as dealing with Meyer Lansky,” said Vincent Teresa, a mob turncoat, in a federal affidavit. In 1982, someone blew up Malnik’s Rolls Royce in a Miami parking garage.


As I am not connected to these  people, I only have a human compassion in this, as I have an affinity and a pity for the women of Eastern Europe. They have been batted around for centuries. If it was not the Muslims raping them, it was the Poles, it was the Catholics, it was the Russians, and if they were not cock fodder, then the elders were selling them to the best deal they could profit from.
So I feel bad for Laura Shusterman. She came with her own American dreams. Melania Trump came with the same dreams, and for now she has the President of the United States in her nightmare, while Laura Cohen has the dumpy guy who made an enemy of the President of the United States, and the Justice Department of New York is on record stating what an absolute liar he is.

The Kushner slum lords in their crooked money deals are still next to the President but not indicted. Michael Cohen in his crooked deals is going to prison, not so much on the money, but on the lying.  The money though is what ties all of this together, whether it was the appearance of Paul Manafort into the Trump Sphere, the Kushners and their mafia money, and Cohen with his mafia money.

What Laura Cohen's husband talked her into, is reflected in her not doing so well with being threatened, as  she was probably told, "Everyone does it", and trusted the man who was cheating on her. It is a shitty reality that the police state goes after family members who are their prime targets. That needs to have federal guidelines established to stop that practice as not everyone is born with a silver spoon in their mouth, and those who are not, get talked into things by people they trust with silver tongues in their mouths.


Laura Shusterman deserved better as did the wife of Rod Blagojevich.  These women are now left with the fall out of the political criminality of their husbands being on the wrong side of whatever is the wrong side on. No one deserves what these  people go through in the threats, humiliation, shattered lives and shame they will go through the rest of their lives as people  will either be hitting on them thinking they will be an easy lay due to their situation or shunned as they are those people. 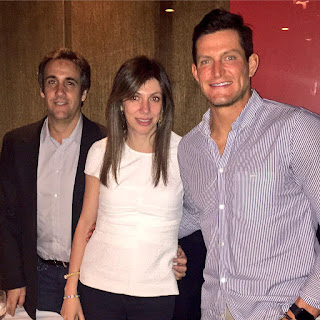