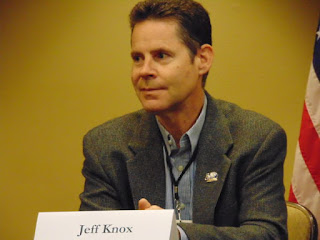 This blog has discussed thee absolute loathing and contempt it has for the CIA deep state gun control of the swamp known as the National Rifle Association. It has come to a point that Neal Knox's son is sounding the alarm that the NRA will not survive.

Hints of this came about in the Mueller witch hunt of Donald Trump in the targeting of the NRA in their accepting money from the Russians and attempting to smear the Trump's to not only bring the Trump's down, but set the stage that the NRA will be destroyed.

This is not as far fetched as it sounds as Knox is pointing out that the hostile liberal Attorney General of New York, is looking into conducting a criminal audit of the National Rifle Association. To make this a short story shorter, the reality is that Wayne LaPierre has been running a front which has been shearing the NRA coffers of millions of dollars for decades. All of the money coming into the NRA has been looted for a PR firm with disastrous results.

This goes directly to the NRA filing a lawsuit against Ackerman McQueen, which in exchange for being given blank checks, appears to have been paying off the NRA board of directors. When one considers the constant gouging of members, this is one of the worst betrayals in United States history. This is bigger than the Bush Savings and Load bust and Enron. The NRA literally has been operating like the Unions did under Jimmy  Hoffa with organized crime in the 1960's.

Opinion
USA – -(AmmoLand.com)- On April 12, the National Rifle Association filed suit in a Virginia court, accusing their long-time PR company, Ackerman McQueen, of failing to provide detailed billing, and failure to disclose contracts with NRA staff and officers that might demonstrate a conflict of interest, including an Ack-Mac contract with NRA President Ollie North.

Over 20 years ago, my father, Neal Knox, as First Vice President of the NRA and just one year away from taking the reins as President, threw a red flag on the practices of Ack-Mac and Wayne LaPierre. He questioned the expensive, intrusive, and heavy-handed fundraising tactics, such as constant, over-hyped letters, phone calls, and fundraising letters sent by registered mail, and the exorbitant sums being paid to the PR company. He demanded reforms in the association’s fundraising methods and specifics on contracts and billing details involving Ack-Mac and other vendors. Both he and Second Vice President Albert Ross refused to sign the hefty, monthly checks being cut to Ack-Mac, and a major battle for control of the NRA ensued. It wasn’t like the 1977 Cincinnati fight for the soul and destiny of the organization. The new dust-up was between the Board and the staff for control of the organization’s checkbook.


Knox is absolutely correct in the entire leadership of the NRA must be fired and forced out. From what has been reported, most of the people in the NRA leadership have been in violation of the RICO criminal act. This entire organization now is in jeopardy of facing criminal indictment, and as it is chartered in New York State, coming under receivership of that liberal political state in guardians being appointed.

The NRA has been an extension of gun confiscation and in the strangest swerve of all, LaPierre  and his conduit, started selling insurance as a cash cow, instead of focusing on rolling back gun control.


Wayne LaPierre, the CEO of the NRA, along with fellow executives and outside contractors, (in particular Advertising agency Ackerman McQueen) has been recklessly shoveling money out of NRA coffers for decades – to the tune of possibly hundreds of millions of dollars. This has been done with the complicity of some of the NRA’s elected directors,

Here is how the NRA operates.


The worst of this is the NRA board is attacking Knox instead of protecting members. I remind you that as this board and LaPierre have been whistling in the graveyard, the NRA was the target of being destroyed in Russiagate and the NRA is now the focus of New York Attorney General for investigation.
The NRA is a reflection of the crooked United States government which thinks it is a law unto itself.


Remember in this, that the NRA did nothing for 2.5 years concerning National Carry. This is the condemnation of this fraud swamp that needs to be drained, as it is filled with crocodiles eating it's members.


I am just disgusted over all of this in the betrayal of these frauds from the CIA Mockingbird program, who are the same frauds in your local Reagan State media pressing queer promotion and have taken over Protestant Churches for sodomy.

What the hell do you expect in the NRA elected a deep state Oliver North, who Nancy Reagan called a liar, as North was the American conduit for the Mosaad originated Iran Contra which brought down Ronald Reagan.

For the sake of the NRA, I advocate that Tom Gresham be appointed to head a board of inquiry, to include law enforcement investigators and IRS members, to right the NRA for the first time since Harlon Carter was at the helm.
And yes with full criminal referral. 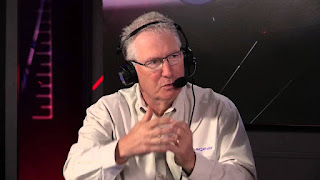