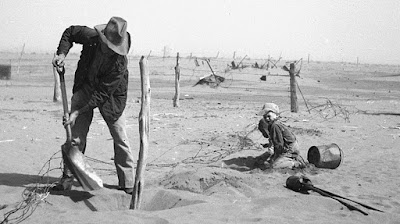 My Holy Ghost Bible reading this day was from the Prophet Ezekiel, whose  message from God to the ancestors of America and the Peoples of the West, who have abandoned Christ for their sentence of hell, was one of dire warning, as Judgment was set then and is set now.
Every person will be Judged by their actions and the fulfillment of the Christian requirements.


Do they show obedience to Christ by keeping all of the Commandments of God, submitting to Christ as their Savior, while showing caring for others, or are the self indulgent liar who pretend they are Christians or deny Christ completely for their own devotion to their weaknesses?

It is a simple reality and one which Americans, Western Europeans, Australians and the rest of the 13 tribes will be sentenced first, with the world which has denied Christ will be Judged last.

God always referred to Ezekiel in a most base manner, in defining him as the Son of Dust. Jesus always referred to Himself in the same low state in His human incarnation, as all were formed by Christ out of the clay which He spoke into being, fashioned by His Hands, and breathed to temporal life on this world, with the intent that the living soul which God imparted by His Spirit into us, would be the prepared bed to which His Holy Spirit would be planted, upon the confession of Christ as Savior, to transform in growing to be eternal Spirit as God is.

The Grace of Christ has been squandered shamelessly by the modern degenerate human. Christ stated as in the days of Noah, and that is how modern people are in they are so corrupt inside, so eternally dead, that in rejecting the Spirit of God and His Christ, there is not any remedy for them, but to be cast into the eternal consuming flame. Most of souls to be consumed, those of spirit to eternal torment as satan and demons are reserved, for they knew the Truth and rejected Life.


Interestingly again, the crops of fertile America are being diminished,  as there is no hunger for the Word of God, there will be a hunger in America and the West of expensive low grade food, where the corrupt will be starved with full stomachs as there is not any nutrition in the food and the time will come where the entire self absorbed consumption will leave them with nothing but bankrupt lives and bankrupt portfolios.


Death is coming to the West and in the Four Horsemen of the Revelation, hunger begins, disease follows, the in that weakness appears war, and what is left is the grave and death.

God informed Ezekiel the Prophet that the only people who would be spared of this Judgment were people so righteous, meaning obedient to God in keeping His Law and not being self absorbed animals, that they were like Noah, Daniel and Job.

It is interesting in the waymark of these three men, in Noah was the lone survivor of the deluge who had to obey in years of work to build an ark while being persecuted by the world. Daniel was of a small group of captives, carried away to Babylon, where his life was constantly in danger, as he was forced to choose between his life or not denying God.
Job was persecuted by satan, in his  family was murdered, his possessions were destroyed, his health turned him into one large boil, and his wife told him to curse God, so God would kill him to end his suffering.

What has not been explained is Noah, Daniel and Job, were all persecuted to their life being in peril. None had the luxury of a good life, but all were targets of the regime in power. All of them in this persecution, did not deny God, and all they carried away was the life God had provided them.

Son of man, when the land sinneth against me by trespassing grievously, then will I stretch out mine hand upon it, and will break the staff of the bread thereof, and will send famine upon it, and will cut off man and beast from it:

Though these three men, Noah, Daniel, and Job, were in it, they should deliver but their own souls by their righteousness, saith the Lord GOD.

When Samaria, which became the Lost 10 Tribes, or the Americans and the peoples of western Europe in exile as God lost their identity for purpose were Judged, the Assyrians appeared, in the modern Germans, and when the slaughter was over 1 in 10 Israelites from Samaria were alive, led away captive to an area around northern Iran, until they escaped into southern Asia, and began their trek west to where they are today.
In those numbers, true Americans are being supplanted by foreign vermin deliberately today. So out of 310 million "americans", the population is probably at present 200 million Israelite Americans, and they are dying out by the thousands daily. In a like Judgment, what will be left in America will be less than 20 million people when this is completed. Those are numbers akin to the found of the United States. Those are numbers which reflect the Vision of George Washington, who was shown that in the third and final trial of America, after the Revolution, the Civil War, would come a gathering of the world against the United States, and only Christ intervening would keep America from being obliterated, and all that appeared afterwards was not metropolitan centers, but cottages.

Men will become rarer than gold.

God is Faithful and while the degenerates reading this who lie to themselves about being good people, have proven what they are. There has not been one rich person who stepped forward with a generous donation in years of me pleading, their knowing the death spiral here, our afflictions and poverty. It has instead rested on a few who have been steadfast, proving they are the righteous which God defines. This blog has an international readership. The long term statistics are in the millions of viewers and out of all the warnings, people stole from me in information, and only a handful proved they are God's.  That mirrors the Inspired Words from God through Ezekiel the Prophet. Frankly, in what I experience, I think 20 million Americans surviving and that many in Europe is about 19 million more than will escape with the life God gave them.

These are all lines not on a page, but lines in the sand, which in deliberate sin nations have crossed.


The mother's grave seemed to collapse in the winter and TL and I had to fill it up again with four loads of soil. There was an odor of decomposition in the area, which seemed to end when we covered the grave up. I know  what death smell like and I have had a great deal of death to scent this year in dead things due to your neglect. You are the sons and daughters of dust. You like pretending you will live forever, that people will care about you in death, but you will bloat like a rotted coon, in that same sour earth smell humans have, just not as sharp as rotting pigs.
That is what the Holy Ghost revisited again in Jeremiah the Prophet, in a time I am not to mourn for my people, because no one will be there to bury them. Your relatives and friends you trust in will either be dead or be in hiding, as if it is warm you will bloat in a few days, and if cold you will slow bloat until the heat comes, then the blow flies will find the way in, if you dogs or cats are not eating on you, because they can't get out of the house you are in. You will leech out in an oval stain which will be black. If you are on the lawn, it will burn the grass black and yellow on the fringe. Your own juices will rot your clothes, and like your skin, pieces will cover your white bones and flutter in the breath of air.
Canines will roll on you and carry off your bones in glee, but if people are around the stench will have them recoil as you are a foul smell and the remedy will most likely be cutting the carpet you are on, and dragging you out back, as survivors will need shelter.

I have a cow to look at that you killed, that still has her hide on, as her calf died inside of her, before the vet had me shoot her, and she was so putrid nothing would eat her, including the maggots or coyotes. I get reminded of death a great deal, but it is a Prophetic reminder as what I have been persecuted with will be amplified against the enemies of God.

Here am I, informing you of your future. The rich will have it far worse, as the poor still have an affinity of what matters in life in doing what is right. As a soothing, I do hope one day to ride horse upwind of the fields of the bones to glorify God for His Righteous Judgments. I see them everywhere I go in the matrix, everywhere like shattered toothpicks, as the wind echoes their death, but all is finally at peace as Judgment is done.


Repent is the appeal, but you will not repent, as you would not change when you could, and now you are sealed.


Dust off my shoes. The Lord seal your sins upon you.