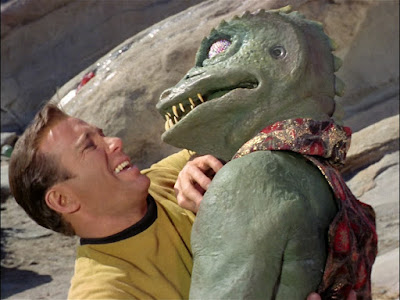 I believe the Lame Cherry is asking a WHAT THE HELL IS THIS, question which every voter for and against Donald Trump would demand an answer from him as he parades around at rallies across the United States, because the UK Guardian broke a story that the center of the United States has been spied upon to every vehicle in travel across the upper Midwest and from the piecing together of information, this was not just radar imagery, which might be dangerous to people, but there are live video recordings 24 hours a day of people in 6 states for months.

What this entails is stratosphere balloons which hang in the atmosphere for months recording people. The cover for this is "narcotic and terrorism", but something else is going on here, as most of the areas under surveillance were Donald Trump supporting areas.
In essence the area being watched is the exact area which would have nuclear fallout if the Minot Nuclear Air Base were attacked.
This links directly into the tests by HAARP weather modification to create hot zones in containing nuclear fall out by "raining" it out of the sky in Republican areas.

We are speaking of 25 drones, covering an area completely of 5 miles wide, or 125 mile swaths of Republican states which no one could piss off their doorsteps without their cocks being photographed day or night.


Up to 25 unmanned solar-powered balloons are being launched from rural South Dakota and drifting 250 miles through an area spanning portions of Minnesota, Iowa, Wisconsin and Missouri, before concluding in central Illinois.

At the center of this is a couple, not an American couple, but a couple from Islamist Turkey, which armed terrorists for Obama's genocide war in Syria. This is the point that WHAT THE HELL IS GOING ON HERE begins to resonate as there are Turks who are obvious CIA and DIA funded trolls, who control a high technology corporation which has never been explained how they afforded this corporation, and they are now spying on American Christians, and no one is telling the public what in the hell this kind of invasion of privacy is really about, as this is not about terrorists or drug shipments AS NO TERRORISTS OR DRUG BUSTS HAVE OCCURRED. 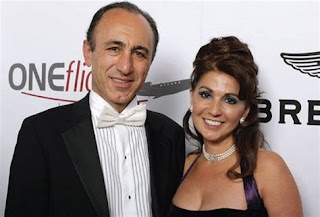 
Sierra Nevada is owned by Fatih Ozmen and his wife, Eren. They were born in Turkey and have been praised for their self-made success. Fatih Ozmen, I’ve heard, is a generous man. Once, in a celebratory mood, he apparently bought the entire house drinks at Siné, a popular bar in Pentagon City.

The Ozmens have friends in high places. One of the largest recipients of their largess is Harry Reid, the Nevada Democrat and Senate majority leader. On Eren Ozmen’s Facebook page, there’s also a photo of her with an arm around Barbara Mikulski, the Maryland Democrat and member of the powerful Senate Intelligence committee

The top Democrat brass promoted these foreigners and they are plugged into the US intelligence and military infrastructure, which is a security risk like nothing since the Jews stole the nuclear bomb plans and gave them to the Soviet Union.

The tests have been commissioned by the US Southern Command (Southcom), which is responsible for disaster response, intelligence operations and security cooperation in the Caribbean and Central and South America. Southcom is a joint effort by the US army, navy, air force and other forces, and one of its key roles is identifying and intercepting drug shipments headed for the United States.

One of those sensors is a synthetic aperture radar intended to detect every car or boat in motion on a 25-mile swath beneath the balloon.

This is the highest of technology in dangerous radars bombarding Americans from above, and photographs of them like they were taking selfies, but these selfies are from Islamic Turks who hate Americans.

The heart of this is Raven in South Dakota for they provide the platforms. Raven, if you watched the Thanksgiving Parades built the balloons for the floats there. Raven has now transformed to producing DARPA spy platforms which everyone can agree with the ACLU should not be deployed in the United States against Americans.


Raven Aerostar, the company that is supplying the balloons for Southcom’s tests and launching them from its facility in South Dakota,


Is it not time that President Donald Trump start to be asked at his rallies and his propaganda benefactors like Tucker Carlson and Sean Hannity, just who are these Turks with access to America's greatest technology, why it is being deployed over Republican areas.
Why not over liberal voting states? Why is it here and what are these Islamists being funded with in millions of dollars so the war machine of the Pentagon has it's eyes trained on Americans?

Why is Donald Trump allowing foreigners access to this kind of technology and why is it the Pentagon is deploying this over Republican Christian areas of the United States?


What is the answer Mr. President?

Donald Trump to save himself from the Mueller investigation, just wrote a blank check to the Pentagon and the liberal mafia in construction projects. Why is Donald Trump treating the American People like they are the enemy? 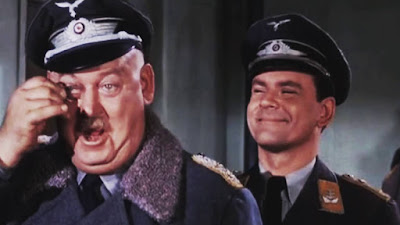 https://dailycaller.com/2017/10/12/big-cronyism-in-the-air-forces-big-safari-program/
Oct 12, 2017 - ... through legal exceptions, notes a former Big Safari commander, Colonel Edward Topps, which “allows us to do things quick and secretively.

The man’s name is Col. Edward Topps. He’s the leader of a mysterious Air Force agency known as “Big Safari.” Last month, he called me out of the blue, after I’d written a story about a top-secret spy plane mission. Topps’ unit had paid Sierra Nevada Corporation—a major private defense firm—tens of millions of dollars to gather intel on Mexico’s most notorious drug cartels.
There had been no bidding process for the contract, which is a red flag, given the Pentagon’s history of how it spends taxpayer money.