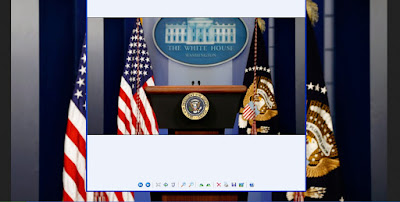 Where is the Presidential Leadership/

It is evident that President Donald Trump is not President Richard Nixon in bombing the communists of North Vietnam into submission, but is instead like Uncle Ho, being bombed into submission by the Taliban in Afghanistan as Trump's envoy makes John Kerry glad hand with the Muslims. 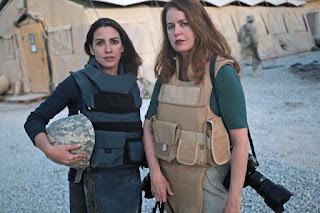 
This is all damning in Sara Carter's world, whose husband was blinded in this war serving America. She advocates peace, but not in placing America in jeopardy and without wasting the lives of the people who fought in that war for the Taliban being returned to power.

https://www.thetimes.co.uk/article/donald-trump-eyes-re-election-with-sham-taliban-peace-deal-ssjrtv90x
Donald Trump eyes re‑election with 'sham' Taliban peace deal. An agreement could be signed as early as Thursday — an important prize for a president chasing a second term.


For a real perspective in this, Afghanistan sits between Pakistan and Iran. Afghanistan controls the Khyber pass for Chinese and Russian invasion control of South Asia and the Mideast. I will repeat the reality that Pakistan is a nuclear power, and that Iran was given Dr. Khan's nuclear warhead design, and Iran is a nuclear power.
Sheik bin Laden used Afghanistan as the training camp for 9 11. If the Taliban is handed power in Kabul again, they will become a nuclear terror power, and that terror will end up in vaporizing American cities. This will then be under Chicom control as Peking owns the mineral rights in Afghanistan. What Donald Trump is engaged in, is the ultimate destruction of Jewish cities in America beginning with New York as this is where the Islamic militants will strike as they have struck previously.

It is in this wasted over 3 trillion dollar money laundering to the Nazi conglomerates of America in these Islamic wars, that the Lame Cherry offers the President of the United States the only Jewish way out, in the work of  Sam Cohen, an atomic genius who was the father the Neutron Bomb.

Sam Cohen advocated after 9 11 to not waste trillions of dollars and American lives on Islamic terror wars, but instead to use Neutron bombs to eradicate the terror vermin. It is in that, that this blog calls upon a Neo Trump Doctrine, where the President with full voted support in Congress bombs the hinterlands of Afghanistan with Neutron bombs, and furthermore in key strongholds and the Khyber pass, detonates Cobalt bombs, which according to Tim Riffat will be the perfect humanicide for 5 years in wiping out all terror life in those recesses, and more to the point, end for 5 years any Chinese or Russian use of this passageway into Asia. 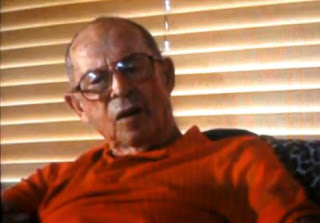 https://agrdailynews.com/2013/07/14/sam-cohen-inventor-of-the-neutron-bomb/
Sam Cohen, the inventor of the neutron bomb, provides a justification for his invention in the video above (in a really scary and dark way). He says that the neutron bomb is the most detested weapon on Earth, and then goes on to describe the horrible death that it causes for those on the receiving end of it..


This is what is necessary to stop another 9 11 before it starts, and to make certain that a nuclear holocaust does not initiate in the United States, because America handed Afghanistan over to the  Islamists again.

This is a far ranging policy, meant to draw the neutron line in the cobalt sands, for Kim Jong Un in Korea, dictator Xi in Taiwan and Japan, and Vladimir Putin in Ukraine, as much as Erdogan in Turkey. Salting Afghanistan with fire and brimstone, will send the message that the United States will seal all invasion routes and eradicate all armies without any doubts. Begin a war with America in any form, and it will end with the atomic strangled death of all adversaries.

Those against this in the Nazi conglomerate will be so as it will cut off trillions of dollars in war profit in defense budgets. They fund the hysteria against sound US policies.  I doubt that even Sara Carter has the ovaries for even this solution, but America can not afford war any longer. America can not play WMD jeopardy another day. America can  not have another Vietnam as an epitaph on history, as what will follow is a nuclear grave for America.

The United States has been utilizing chemical and nuclear WMD's for years. Phosphorous bombs appear as much as depleted Uranium shells. Donald Trump as President has  been an abject failure, and he has neither the grit to invoke the Trump Neutron Doctrine nor the strength as this is about 2020 polling, and as he handed the Golan to  Jews for an election he will hand Afghanistan to terrorists of Islam for another Trump election.

I could win this war in Afghanistan in 2 weeks as the Taliban would cease. It is time the Peking proxy war against the United States ends.

https://ariananews.af/china-supporting-taliban-in-helmand/
Afghan security officials have claimed that China is supporting the armed Taliban group in Helmand province of Afghanistan by providing them with explosive materials. According to an Afghan official, beside China the Arabic countries are also financially supporting the Taliban group, warning Helmand has become a bloody battleground for neighboring countries and the region.

Taliban Leader Visits China Ahead of 7th Round of Peace Talks ...

https://www.breitbart.com/national-security/2019/06/18/taliban-leader-visits-china-ahead-of-7th-round-of-peace-talks-with-u-s/
Jun 18, 2019 · Alongside its rival the United States and ally Russia, China reportedly urged the Taliban in April to discuss a political reconciliation agreement with the Afghan government, considered a crucial step aimed at ending the nearly 18-year-old war. Both Russia and China have expressed support for the U.S. military withdrawal from Afghanistan. 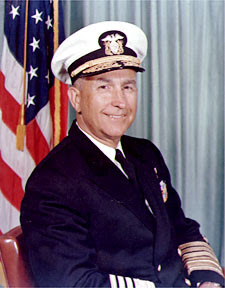 It was Admiral Thomas Moorer who gave President Richard Nixon backbone, saved our POW's  in Hanoi, but unleashing the US Air Force and Navy in round the clock bombing, which shook  the communists to their terrified knees.

https://www.navalhistory.org/2010/11/24/political-infighter-the-story-of-admiral-thomas-hinman-moorer-usn
Thomas Moorer stands out as one of the few senior American military leaders who fought hard with the political establishment over the conduct of the Vietnam War. As Chairman of the Joint Chiefs of Staff from July 1970 to July 1970, Moorer constantly pushed for the authority to strike targets in the Hanoi area with air power, and. mine Haiphong harbor.

It is time Donald Trump build a Cobalt Wall and line it with Neutron warheads in a carpet bomb of Taliban areas in Afghanistan and Pakistan. It is a shot which will be heard round the world and put an end to the threat against the United States which Donald Trump is laying in Afghanistan arts of the deal.
It is time to wed Admiral Thomas Moorer to Sam Cohen for the protection of the United States and her People.