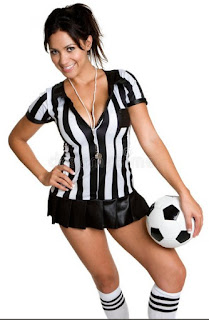 The Constitution as it is.


The Union as it was.


Then Negroes where they are.


The reason the Lame Cherry is asking this, is because in 1862 AD in the year of our Lord, this was the Democratica party, both the Peace and War wings, policy for America to end the Civil War, and it may surprise you that Democrats trounced Lincoln's GOP in the midterm elections, and were moving to the Presidential elections of 1864 AD in the year of our Lord in high hopes.

Democrats of that era wanted the Union restored, by ending the infringement of rights President Lincoln has unleashed from forcing Americans to fight in his war. treating everyone in the South as a criminal, not a war criminal, but a criminal for exercising their Constitutional Rights, in a State had voted to be part of the United States, so a State had the right to vote itself out of the Union.

People never examine what Abraham Lincoln really was, because Democxrats of that era wholeheartedly would support a war to restore the Union, but not exterminate the South. Democrats supported the Constitution, but not Mr. Lincoln emancipating slaves to subvert Democrat Rights by infusing millions of Blacks into the citizen roles, in order to remake society and politics as the financial interests of the Northeast dictated them to be.

The Democrats of the North were called Copperheads, as in snakes. They were smeared as "doughfaces", meaning being White was an evil. They in turn defined Abraham Lincoln and his radicals as "Niggerheads" and President Lincoln was with "niggercrazed" counselors in his cabinet.

The Democrats were against the pouring of foreigners, meaning slaves into the North, in order to create a GOP super majority, to silence their votes. The Democrats were pro United States, and were protecting homestead lands and jobs for the poor White Irish laborers, who they knew needed their own generation to elevate themselves from slave status in Northern industry.
Democrats were abhorrent of Negoid slaves marrying White women and degrading the natural intelligent, and having Lincoln arm Negroes, in which most did not have a third grade education, in order to terrorize the population with these armed and non Christian children who were adults.

The Jewish head of the Democxratic party in August Belmont of New York of the Belmont Stakes, sounded the warning against Abraham Lincoln and his policies. As the South had the most able Generals and politicians, the North had the most able industrialists, financiers, media and political leaders who would not support using Blacks as weapon to terrorize American neighborhoods for the Lincoln Party.
The leading Democrats were Governor Vallandingham of Ohio, who was arrested. George H. Pendleton who would be nominated as Vice President in 1864 AD in the year of our Lord. Daniel Vorhees of Indiana, Alexander Long of Ohio and Benjamin Harris of Maryland.

These were the Peace Democrats of 1864 and their party was divided with the War Democrats, led by General George McClellan who detested them, along with the super publisher, Manton Marble.

This coalition by a few thousand votes lost in 1864 to Abraham Lincoln. That is how supported the Democrats were in 1864, even when at odds against themselves. A like time for them was the 1968 Chicago Convention where Peace and War Democrats split again, and Hubert Humphrey almost united them to defeat Richard Nixon.

In 2020, the powers that be, have according to Webster Griffin Tarpley had destined the democratic party to be split again, into two leftist majorities. One was to be led by the National Socialist of Hillary Clinton, and the other is the Obama choice of Marxists. As Donald Trump margined out a victory over Clinton Obama election theft in 2016 AD in the year of our Lord, Donald Trump has been chosen to lead the Nazi or National Socialists to power in a Trump Party, which is to supplant the Republican Party, as the GOP is to become a 3rd rate Green Party.

There are so many mirror images of 2020 and 1864, and it follows the same design. The issue is once again foreigners overunning the United States, but the democrats embace the ethnics as they know they will herd that mob to voting for them, and the Rhino supports this as they are socialists who will vy for that mob vote too of ignorant 3rd world vermin.

No one save this Lame Cherry blog is educating on this and the issues, beyond the created loathing the right and left have for each other again. It is important, because Blacks on the left and Whites on the right, are facing their last generation of any political power, and both will be enclave survivors like Jews in the Warsaw ghetto by 2040. America will be a  radical leftist voting block which will confiscate White homes and will seize Black entitlements for their Mexican Jesuit, Hindu Indian and Arab Muslim voting block, all controlled by the cartle which Webster Griffn Tarpley revealed.

2020 AD in the year of our Lord is not going to be about the issues which Americans demand, but on the diversions of the paid political minders. You are receiving a rare glimpse of the last free press and free thought in the United States, which will begin disappearing in the near future, as donations do not appear in support of people being informed by the wealthy, as they do not yet conceive what all they have will be wiped out in stock crashes, wars and the ballot box in legalized confiscation of possessions and power.
There was a reason Donald Trump was in Texas after the Hindu vote.


This once again is the Lame Cherry in matter anti matter.