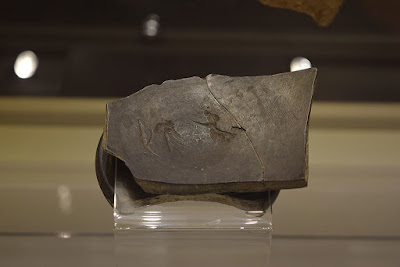 On January 7th, Sebastian Kurz became the fruition of the Orthodox high day, his government was seated into power for the high day of Janus, as he was empowered by the people on the high day of Hebrews in their new year in September.
For three months the Chancellor waited to be the Holy Roman Chancellor, and opened the door to the European order on January 9th.

Then another sign appeared in heaven: an enormous red dragon with seven heads and ten horns and seven crowns on its heads. 4  Its tail swept a third of the stars out of the sky and flung them to the earth. The dragon stood in front of the woman who was about to give birth, so that it might devour her child the moment he was born. 5  She gave birth to a son, a male child, who "will rule all the nations with an iron scepter."[1] And her child was snatched up to God and to his throne

It would seem more than coincidence that everything religious universal in the European sphere, Vatican things, Orthodox things, Jewry things, and those things which are old and mysterious, the kind of things oracles are spoken by.
I wonder if that Revelation of Jesus the Christ about a death wound which healed, has anything to do with this. 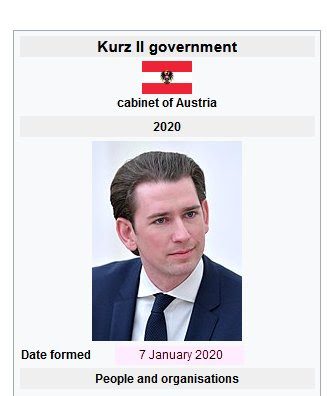 The Second Kurz government (German: Zweite Bundesregierung Kurz or Kurz II for short) is the current national government of Austria led by Sebastian Kurz as Chancellor and Werner Kogler of the Green Party as Vice Chancellor. It was sworn in by President Van der Bellen on 7 January 2020.

I wonder if you are reading this yet, or like normal monkeys in the zoo, eyeing the bananas and stopped thinking about anything but bananas, and here is this poor girl who told you all of this was taking place and you did not even pay attention to the greatest story everyone missed again. 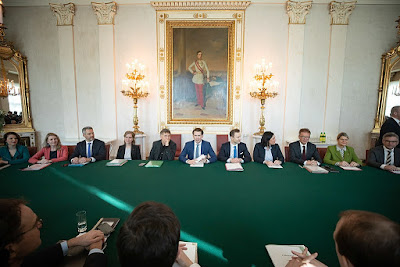 
I will explain to you the mystery of the woman and of the beast she rides, which has the seven heads and ten horns. 8  The beast, which you saw, once was, now is not, and yet will come up out of the Abyss and go to its destruction. The inhabitants of the earth whose names have not been written in the book of life from the creation of the world will be astonished when they see the beast, because it once was, now is not, and yet will come. 9  "This calls for a mind with wisdom. The seven heads are seven hills on which the woman sits. 10  They are also seven kings. Five have fallen, one is, the other has not yet come; but when he does come, he must remain for only a little while. 11  The beast who once was, and now is not, is an eighth king. He belongs to the seven and is going to his destruction. 12  "The ten horns you saw are ten kings who have not yet received a kingdom, but who for one hour will receive authority as kings along with the beast. 13  They have one purpose and will give their power and authority to the beast.

I know you do not know squat about Prophecy, but then who does, though many pretend they are the experts, but when it comes down to it, God is the only expert.

Here is what I warned all of you about.

https://lamecherry.blogspot.com/2019/12/am-anfang-ist-sebastian-kurz.html
Janus as the god of all beginnings and believe that his association with doorways is derivative. He was invoked as the first of any gods in regular liturgies. The beginning of the day, month, and year, both calendrical and agricultural, were sacred to him.

See it's in print, and you know all links in print are to be believed. Is why Adam Schiff can not be trusted as he has no links and no proof for the things he comes up with.

Janus as the god of all beginnings and believe that his association with doorways is derivative. He was invoked as the first of any gods in regular liturgies. The beginning of the day, month, and year, both calendrical and agricultural, were sacred to him. The month of January is named for him, and his festival took place on January 9, the Agonium.


It was the door opened on January 9th, and that which was formed or birthed was delivered for rule that day. Every power source was provided this Kurz government, as if it was ordained, as if this was all most important.

Agonalia  and offers a number of etymologies of varied plausibility. The word agonia as an archaic Latin term for hostia, a sacrificial victim 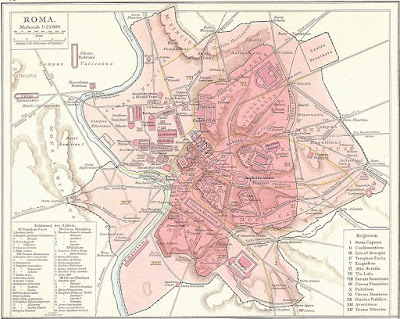 The Regia was a two-part structure in Ancient Rome lying along the Sacra Via at the edge of the Roman Forum that originally served as the residence or one of the main headquarters of kings of Rome and later as the office of the Pontifex Maximus, the highest religious official of Rome


..and you thought, well no, you thought nothing about this as you had some kind of distraction distracting you, and no one outside the lords and priests had no idea this was a religious government taking control of Europe, and it seems to be that it will not be the most friendly to true Christians.

OK enough of this, as the ram of Aries, the unicorn, the golden fleece has been sacrificed and the real question is who is up for bbq unicorn ribs.