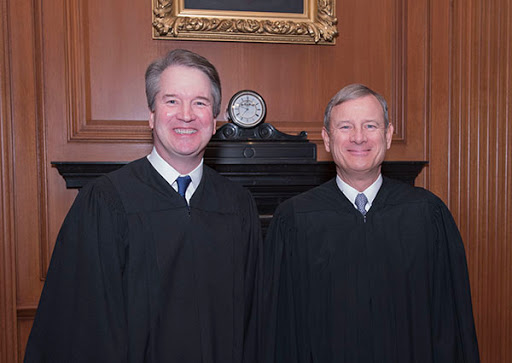 The Supreme Court of the United States on Monday announced their intent to hear the first Second Amendment case in more than a decade. The case, New York State Rifle & Pistol Association v. Corlett, will force the Court to address whether or not Americans can be forced to prove the need to carry a firearm for self-defense.

Under New York law, a person must apply for a permit to carry but he or she must prove “proper cause” exists. New York is a “may issue” state,

There is a greater chance that Gun Rights in America will cease in 2021 AD in the year of our Lord, due to the hearing of a New York case, because John Roberts has left gun rights be eroded since Heller, in the lower courts have been shredding that ruling.

So just because the Constitution says NO INFRINGEMENT, does not meant the Black Robes will uphold the law.

They have made rationed death a fact. They have made sodomy a fact. They have done nothing to stop election theft. They are as corrupt as all branches in Legislative, Media, Executive, Civil Service and Police State. This case will afford the throwing out of all Constitutional Carry laws, and more to the point, it will be the platform for the Biden Gun Confiscation coming and the Domestic Terrorism Law which is coming shortly. I will not go into details on this, but when the male becomes female and the female becomes male, that is the start of this.

So do not celebrate this, unless you are a moron in not remembering the election steal. You were promised the end of aborticide, states are passing laws, and those will be heard, and under Bungholer John Roberts and the frauds on this court, they will just as easily cement aborticide to pulling you out of the womb 20 years ago and killing you.

Thee only damn thing this court has protected is the VATICAN, yes the whore of babylon in Catholics gathering to worship idols. So get your heads out of your asses and stop believing anything from this corrupt state but the worst.