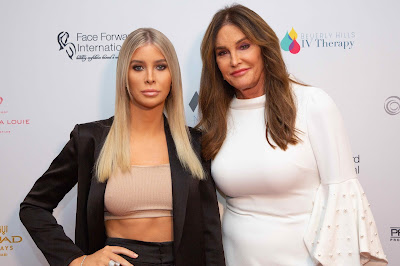 Welcome to the club Liz, we'll call you Larry.

In one of the greatest shapeshifting changes in politics America, with the suicide of Senator Teddy Kennedy in his legacy of self destruction, the Republican leadership in America moved in mass to take up the Kennedy mantel and become rich fools like Teddy was in destroying themselves.

If one scans the political dynasties of the patrician right, you find Jeb Bush, destroying the Bush legacy, then there is Mitt Romney destroying the Romney legacy. Then there are these pimple whores like Paul Ryan, Mitch McConnell and John Thune, who destroyed themselves by hating on Americans, and now Liz Cheney of the Cheney dynasty has destroyed herself, along with Dick Cheney, who has been lurching in sodomy perversion and now the Trump Deranged Syndrome of his daughter, Liz.

Rep. Liz Cheney (R-WY) after House GOP Conference removed her as conference chair by voice vote: "We must go forward based on truth. We cannot both embrace the big lie and embrace the Constitution." pic.twitter.com/OjgvLhHLsQ

What must be addressed in this, is Webster Griffin Tarpley, who told us that the 1% was going to divide the democratic party into socialists and communist to rule America, while the GOP would be sent to 3rd world status.

When you assemble all of these trolls for GOPliter Hillary Clinton, to Jeb Bush, to the lovely Ms. Cheney, who are all following orders to create the fiberform slave American state, and they believe they will be part of the ruling caste.

Just look at Jeb Bush, Mitt Romney, Liz Cheney..........if you are a 1% ruling elite, would you want to spend forever in having these people around as immortals?

You know the answer to that.

The Lame Cherry pleads with Mom and Dad Cheney, to intervene with their daughters. Having a female George and Jeb Bush as your daughters is a great embarrassment, especially when one realizes that Jeb, Mitt and Liz were sent out to fall on the sword. That is bottom rung.