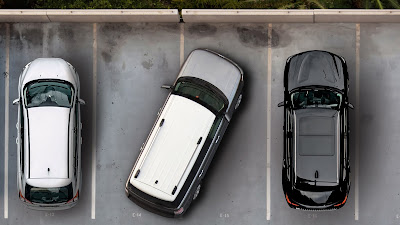 I'm going to preface this in  I did not stop and give these people rectal exams.

When we arrived at the grocery parking lot, there was a big Ford pick up parked like a drunk, at an angle in two spots. I see enough dolts not knowing to park that it was noted, but made me ponder something as just as we were pulling up..........

There was a yield sign which we had to cross in front of, and this car pulls up, and sits there, but just as we about get there, the person starts pulling out to hit us head on. I always drive for the other tard and was ready for it, but the first thing I thought of was the vax causing mental deficiencies.

The reason this is being posted, is that as soon as we were done with groceries, I was on the main artery driving, and again another person pulled up to a stop sign, and sure as hell as we about got there, they started rolling out and were about to hit us. Again, I drive defensive so nothing happened, thank God.

Yes cell phones cause people do lots of stupid things, but to have two exact instances within a short period of time, is not a coincidence. Something is happening to people. I do not know if the vax is causing a spot blindness in people, or if they are driving in a daze, but something is definitely going on, and the Lame Cherry is making a note of it.

I have witnessed troubling personality changes in people I know who took the vax. I call it vax intoxication. Everyone drives, everyone lights fires in the day to cook or keep warm. People with their mental state degraded are going to cause all sorts of problems, and that does not include semi trucks or jet airliners. I mean there are a myriad of accidents from gas pumps to some dimwit putting in something toxic into our food at a factory which would never happen, but now the Trump Biden vax push has 1/3rd of the population vax degraded.

Each of us is going to have to pay attention now. We are going to have to drive defensively. If people putting fuel into our homes for heating might just load the basement up and never realize it. Electricians might wire a fire storm in "fixing things". Auto mechanics might turn our cars into death traps. And as for airlines, I would not get in one of those woke death traps for anything in the world. What the hell happens if some attendant decides to open the door at five miles up, because they think they have landed already.

I know what I experienced today and have been experiencing and from this point on, I'm avoiding the vax lepers and I will keep distance from the vax zombie.