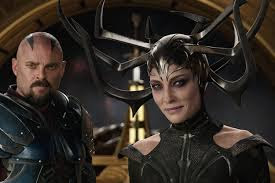 I call it my Booger Picking Cap.

So the same DIA which was the front for the Missing Link, which made Donald John their boy, which stole the election, which installed Pedo Joe has been at it again in this NSA wonderland, and it once again has it's leaked upon. Apparently John Solomon and the constantly lovely, Sara Carter have been turned out to pasture in not so sexy storylines, and the new enchantress is PJ Media ramping off and Adam Housley who knows more than FBI Director Christopher Wray.

Wray is busy after all in tracking down 100 million January 6th attendees for being soon to be branded Domestic Terrorists.

The Kamal’s Plane, Air Force Two, Forced To Turn
Back To Andrews Over ‘Technical Issue’ - ‘We All
Said A Little Prayer’ Onboard Says The Kamal

OK the Lame Cherry will translate the Robert Lansdale mindwarp as it is mindwarp. The translation is, the DIA had a stooge, you know like the FBI's stooges on January 6th who got Ashli Babbitt murdered, but the DIA had their own Chinagirl in Wuhan, doing Wuhan things like snorting bat shit and the excuse of running their own universe of power, was that the FBI and CIA were having intercourse with Chinagirls.

Adam Housley first reported via Twitter on Thursday that “the increased pressure on China in recent days is due to a defector with intimate knowledge” of the program. According to Housley, FBI director Christopher Wray “didn’t know right away because they wanted to make sure they got all they needed before telling him.”

In fact, Wray was “ambushed” with the information, according to Van Laar’s sources, as was the CIA. “Sources say DIA leadership kept the defector within their Clandestine Services network to prevent Langley and the State Department from accessing the person, whose existence was kept from other agencies because DIA leadership believes there are Chinese spies or sources inside the FBI, CIA, and several other federal agencies,” according to the report.

Must be tough being Director Wray and having the DIA make you their bitch in public, the tard cousin, that they flick your nipples with wasp stingers coated with honey.

Hey what do you want, I know that does not make sense, but neither do Thor cartoons.

So Don John now says China must pay again. We now have piles of new vaxes to fight the explained China bugs............sort of pisses in the narrative though that people are mutants, when in fact they are not mutating, but is new China bugs.

So now we have a China spy, who has been with the DIA for 3 months, 90 days, 12 weeks or not 3 months and two days, not 98 days and not 3 months and a lustrom, no it was the 90 day narrative, nice and neat, like Edward Lansdale masterpiece propaganda, and you got Chris Wray playing both Bevis and Butthead in this tale as the DIA wrote a storyline to humiliate the FBI Director,

All kind of like Qanon theater, you know Locker Up and you know, well you know, what you know, and most is what you read here, as you got your head up the sun do not shine most moments and the twilight's last gleaming is where you get your rocket's red glare here.

Am thinking. No am trying to generate. Sorry finishing off the Dew and watching Thor's sister feed morsels to a bitchin' wolf.

Christopher Wray getting DIA pissed on in public is......well theater, he signed up for it. If he did not know, it only means he is as bad of actor as Ben Affleck. If he was like Joaquin Phoenix, well you know, he could act like he had no talent and win and Oscar. Christopher Wray, acting is not his forte, so the DIA ran this reality TV, and of course, you know what that means? Of course you do not, but that is why you tune into Cherryvision, well you know it is God, that you do know, even if you will not admit it.

What is the FBI? The MAGA boogerman.

What will make MAGA hap hap happy?  The DIA picking boogers out of Chris Wray's nostrils and wiping him on his face, is to make the little booger pickers all delighted as now they have boogers for their Kleenex prison as much as tears.

OK now you got the cheat sheet, the Cherrystone File, so stop being led around by your ovaries and stop believing this chit. Trust Jesus no matter what and get off the Crazy Train.

New tune as it is a new era.