Looking beyond the Vax 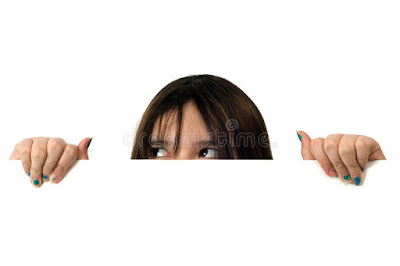 Now that the tourists again are catching up to the Lame Cherry living in the future, I'm honestly being moved to project this vaxicide to what do these facts all mean. Knowing people are sick, knowing that people, meaning pilots, are apparently taking themselves off flights in being incapacitated as they do not desire to crash a plane they are piloting to save their own lives, how is this society going to function. Literally how is the society of this world going to function?

I'm picking up preliminary data, which is exclusive here. Males who have been vaxed are reacting differently than females. Males became more open, but then sullen. The males are now back to smiling, being open, but they are accepting data or suggestions. The term Vax Zombie is not people standing around going AHHH AHHH AHHHH and drooling. This would not serve the 1% as the zombie would need care, they would shit all over the place, they would probably try to eat the 1% and when they die, they would plague pollute the world. Even immortals do not want that stink going on.

The alternative is what we are witnessing. People who will accept yearly vaxes for the plague and believe it, and take them. This injection will transform them in this fiberforming. Women on the other hand seem a bit more blunt and bitchy. I would term them more driven.

We understand that this vax is the prion is infesting brains, but it is also infesting reproductive organs in sterilizing people in large groups. What appears to be taking place are phases of this  vax. The numbers are about 17% in vax deaths. The rates are larger in injuries. New waves will appear, it is not the Indian Delta, but something will appear to drive people to vax their children for schooling. That sickness wave is going to be related to this vax. We know that clots and heart inflammation are part of this first wave. I suspect one of these waves will be people getting sick from flu season viruses and dying from them in enough numbers which will drive the blame on the ReVaxNiks, again to push the agenda forward of forced vaxing.

Oz May Be First To Be Fully Force-Vaxxed
...Rational Fear From An Aussie

Six Billion To Be Killed Off By The 'Elite'

We are approaching a Bidenflation, deliberately created shortages in these waves of lumber, gas, etc... meeting people who will not expose themselves to dying to flip hamburgers. That will produce an economic vanishing of another segment of the "economy".  This will project out in disabled and dead, a collapse of immense proportions sometime after 2022 AD in the year of our Lord.

There is an old maxim of, a government would not tell a population that it was going to die next year from an asteroid strike, for the simple reason, people would stop working, people would figure, "Why don't I just take things I want as what is the government going to do, throw me in jail for the rest of my life.....which is 6 months, so I might as well go out and do what I want".

The tourists have approached this in what if people who find out this prion is ending their lives, and the vaxed start acting out on those who forced this injection on them. This blog has noted that most of the FBI, CIA, Homeland and half the military is vaxed. That is a million plus trained killers who are armed and understand how government functions and would understand how to retaliate without getting caught, and again if one is an FBI agent whose kids are zombies, and your brain is honeycombed as your spouse is friendly to sex with everyone, what will these trained individuals do, as hunting down MAGA folks will lose a great deal of drive and they will begin to be driven to go after their masters.

If you examine Charles Leber of Harvard, the Obama Fauci Harvard platform for the nano coronavirus, he was being paid 15 million by the DOD and then took 50,000 dollars a month by the Chicom PLA to make bioweapons for them.

That is bogus in no one who has millions of dollars is going to sell out for pocket change. This was a DIA operation in they used Leber the Jew to transfer the technology to China, which was based on nano AI in connecting brains to computers. The mix in this is the DIA through Obama and the 1% to evolve humans in the billions to uplink to Elon Musks SatNet in this 5 and 6 G array.

The Chicoms were provided the technology to infect the West which the 1% apparently could not have gotten away with in just releasing this. A cover was needed and the DIA used Wuhan and then drove forward the vax which is the Synthetic Prion. This is coming from these extensions of the 1% which were installed into power to implement this human evolution at this time.

Back engineer this though to gain clues as to what the delivery system to set this up was. What were the two technologies pushed which transformed humanity since television? That would be computers and cell phones, both implementing what would be demon technology. Both target humans to draw them into a collective of auras and are addictive in social media and phones. This narcotic is evident and that is not by accident. This is part of this platform and those frequencies have been transforming humans for years. Just as that push for satellite television with receivers on all these homes in a mania watching 150 channels with nothing on them, all of this is connected. Your resonant DNA was influenced for 30 years. Your DNA is now in mRNA being manipulated in Spike Proteins and Synthetic Prions.

The 1% has been implementing a magnetism beyond injections, as people who have not been injected are magnetized.  Dr. Lee Merritt in the above noted that pets and animals are attacking people in greater numbers, Infants refused to nurse from mothers. This is observation of odd events which are manifesting. People are changing, animals are changing in sensing change. This is being covered on numerous fronts and each of us has to look beyond the vax.

You will begin noticing patterns which will emerge in this and they will appear with certainty. If you see something that is different, it will be manifesting for thousands of other people.

From what I have witnessed, it appears a pliable class is being generated in mass, for the purposes of the 1%. This is where this appears to be projecting.