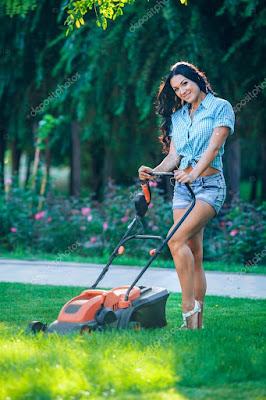 Richard and Stephanie kindly shared this POLE SHIFT INFORMATION site which is filled withe PDF files on how too books on everything. I realize that I have posted on information as this before which was free, and this is free, but there are things in here like small gas engine fixing which are going to be the difference of life and death for many people.

We had an old Well Repairman who I adored. He built his entire well rig himself. and used an old Briggs and Stratton mower engine. That engine would start in zero degree weather as that is when the well always broke. I marveled at his abilities, and having gone through the drama of DOA engines, in the Farmall H and thank God it springing back to life, the reality is most lawnmower engines never really wear out. They just quit working from neglect.

I think JYG has like a half dozen riding mowers in the junk which are really nothing wrong with them. I have watched him bring sweepers, mowers, skid steers etc... to life. He is miraculous, but if you keep your eyes open for things and just talk to people, you will be surprised how many have shit sitting around they just want some sucker to haul away for them so their headache will be gone. The Farmall was not free, but even the worthless mechanic that I am, was able to breathe God's Spirit of Life into that machine. Never underestimate a riding mower that does not run, because that thing has a shift, a clutch and gears in it, that when mounted with a running engine will remarkably run generators, belt pulleys for other things you can rig up like washing machines, water pumps  and grain grinders. JYG is always finding some use for something as he does not see junk, but what he can use things for.

I just hope to God that you stupid people have at least have metal pans around, with metal handles, as there are lots of Darwins around who will think that microwave bowls will work over a camp fire and be stunned when they crack or meltdown as ' cooking is cooking'.

Hopefully most of you, even the non donors have gotten supplies, and are not eating them, but cycling them through and replacing them. That is where you should be now. Honestly 6 months of supplies, and no you do not need expensive freeze dried stuff, but I will inform everyone one of you, that before Jesus comes back, you will be eating flour with weevils in there and you probably should have a few flour sifters and strainers to learn how to wash the weevil casings and shit out of your rice.