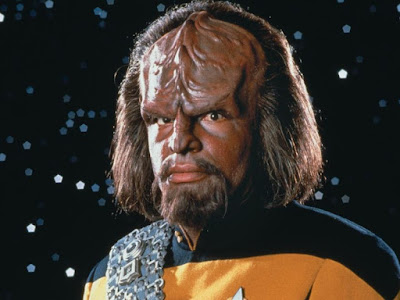 I actually delight in this Jewish discovery considering this is all reptilian satan in the Coronavirus biological weapon.

Will a venomous snake die if it bites itself? - Animal Club

You won't get this, but that is why God has me here so your mind gets some facts injected into it as all your gods of non donations have made you asstards.

Does this enzyme raise the chance of COVID-related death?

Researchers discovered an enzyme that is genetically related to a key enzyme in snake venom and was found in COVID-19 fatalities in doses 20 times the safe amount.

I will explain all of this so even your non donating stupidity will be able to comprehend this.

The Coronavirus weapon is a SPIKE PROTEIN or think of it as a fang protein injected into your cells.

Do you know...........not even going to bother to ask your asstard minds as you are primate, but there is one common thing in nature which resembles snake venom, and you have eaten it and it is the whites of eggs.
If you inject the white of eggs into your body, it will clot blood and react exactly as rattlesnake venom does and it will kill you in the same bloated limb and blood clot painful death.

That is what is so wonderful about the 1% in the virus they spliced together as they produced a viral platform which is not just spike protein but it acts like snake venom, might as well add spider venom, as it attacks your organs and clots your blood. You probably do not understand yet that you are the PREY in this. The stooge of the 1% Anthony Fauci funded for Barack Obama and Joe Biden and under Donald Trump set loose for the globalist a feces virus in all your dirty shit fingers which mimics snake venom in killing people.

Add in a Fauci Remdesivir anti viral and you got the prescription for death.

Now we return to snake venom not killing the host species. The synthetic evolution of humanity is not human. It is not God. It is another biological spiritual platform. Now if you have a serpent tempting Eve, and you have the reptilian class of demons, who are cleverly giving the hidden knowledge to those who have sold their souls, what are the odds that when the new humans appear, that satan put into the mRNA a genetic code that has people reflecting the reptilian class of demons as a glorification of that order as they have been polluted and permanently kidnapped from God.

This is all beautiful and I doubt that any of these geniuses who signed on in this had one iota of an idea that the Coronavirus had a sequence in it which was reptilian. That the humans who would be evolved will not be pretty Nordics, but something so much more involved in looking like their master, the devil.

Yes the virus venom kills now, but when people sell out to accepting the vax and the evolution, what they will become is a form that this snake venom protein will not be able to harm, just as snakes can not harm themselves.

It seems so obvious now, but why do you think Gene Roddenberry in Next Gen had Klingons evolved from lizards and the humans so repugnant? It is because the inspiration sounded really enticing, and it was already in the planning stage of the illumination to come.

The vax is in process ridding humans of reason. It will evolve as an attraction of like kind. The like kind is reptilian in people will gravitate toward that form. I know that sounds all David Icke, but baby sister, that snake venom is in there, is killing and harming people for reason, as those who wrote the code wanted an ingested snake venom to not kill, but evolve. Think of it as not the apple which Eve took but what the snake bites with which transforms humans to a synthetic human which is reptilian and not in the image of God. This is probably understood by the 1% that it only kills if you do not draw to the darkness. The Bible says it  rots people in eternal death, so I go with that information source, but people joined to the darkness for absolute power are unaware that satan is a murder from the beginning and in the misery of eternal fire, it probably insanely relishes humans rotting forever as it's reptile offspring.

That is conjecture but again, there is a reason that snake venom is manifesting as it was created and the originator of all this forbidden knowledge does not just give away things as it has it's own agenda.

Odd that the Jews who originated this SAARS are the ones who are sounding the alarm now in the virus and vax they have been adoring to save themselves. The satanic bite has taken hold and Lilith is not the vampire of their night terrors alone.