The Committee for Science Cooperation 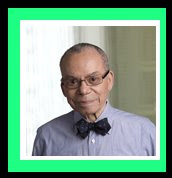 I love the old breeds of Continental Hunting Dogs in the Irish Setter to the German Wirehair, because the noses on those dogs can detect things and pull them around like a compass magnet to the north pole.
Irish Setters are unique in their eyes actually see more than most dogs. Mine this morning as I was standing in my yard went happy barking wild as she spotted a vulture flying over.

It is in that that something inside of me upon getting a whiff of Valerie Jarrett's father, Dr. James E. Bowman, that the magnet of my compass swung around as I just knew something was there. Instinct told me like it is with Obama that a nobody just doesn't have doors opened to them, because the rest of humanity has those same doors slammed in their faces.

What bothered me most was a constant phrase of The Committee for Science Cooperation and not so much that it seemed a rich industrialist was the first backer of Mr. Bowman.......after all Howard Hughs like most industrialists were extensions like Henry Ford of Treasury, OSS (CIA) and DOD or the War Department in those years.
After some tracking it appears that the Committee was run out of the State Department and seems to have started around President Eisenhower's time. To make this connect the dot shorter, State ran these operational fronts which had the CIA backing them to place American faces in foreign places to cultivate American direction of events in key locals around the globe.

I found one Committee from 1978 in Bulgaria, which was of the Warsaw Pac and that meant it was nothing more than a propaganda tool meant to monitor and cause chaos in the Soviet Union.
1978 is vintage Jimmy Carter, which means Zbigniew Brzezinski's fingers were all over this like his "exchange indoctrination" programs were flooding Egypt, that gave rise to that wonderful September 11th, 2001 exchange of cultures sparking 2 Asian wars.

Nothing wrong with cultural exchanges except when they cause wars, but this is James Bowman's cooperative background drenched with intelligence operations. That is why it did not make a bit of sense why a genetic researcher was dropped into an Iranian children's hospital. There was a host of other things which James Bowman was a part of.

The Committee for Iran, literally is wiped clean of information, like the majority of these "committees", that tells the obvious they are intelligence operations aimed at nations the globalists will to control.
Only two people really appear in these committees, one is James Bowman and the other is Herbert Frank York, the resident leftist nuclear test ban negotiator with the Soviets.

These people are advanced by the same connections which Bill Ayers was placed for his professorship in Chicago. It is a traveling leftist road show of them showing up in sundry places with sundry characters that one starts wondering, "How in the world did that resume happen".

James Bowman is exactly that, in once one starts putting the places together, he is in the Islamic Republic of Iran, the UAE...........the DEFENSE FORCES LABORATORY PROGRAM and the external examiner for the pathology department of.......west African, University of Nigeria, Lagos, all under the pristine honor of working at the State Department.

Can we say, "Joe Wilson and African Yellow Cake cover up the French refined for Saddam, all under the same State Department umbrella in a counter operation run by his wife, Val Plame out of the CIA against President Bush."
These busy little beavers who are not in the least allied to the United States are the czars directing international policy for the cartels.

I want to just have people aware in how odd it is that Dr. Bowman is at a baby hospital in Iran where his Valerie was born, but in the next breath is with a Defense Forces Labratory Program. To translate that into military terms, James Bowman is a blood genetic specialist in human diseases, he is then working for the biological weapons division of the Pentagon.
In not in any way accusing Mr. Bowman of anything, that stinks enough even from a thousand mile distance to have a hunting dog's nose wheel around like a compass magnet.

This guy is connected to the highest leftist levels. He is nestled into the Pritzker "medical school" which is the crime family evading taxes and screwing people out of their savings by Penny Pritzker who was Obama's bag woman.
You can find him with the Milbank Quarterly in submissions. I have mentioned the Milbank clan before in Jeremiah Milbank was an investor with Borden at the Civil War and they made their fortune in selling to the military canned milk.
Milbank is a name of leftist journalism and these causes like the Milbank Memorial Fund from 1905.
This is all this old patrician money and all this old patrician money is promoting leftists like James Bowman........whose little girl is now the main clack reciting in Obama's programmed mind.

The old guy is even on the board of Ariel Investments which invests not in companies seeking to cure diseases like AIDS, but instead dumps the money into hospitals treating AIDS patients so as to make the sure ghoul return.
Ariel a "minority" based company has for clients, Walmart, Pepsi, Chevron Texaco, United Airlines and the California Teachers retirement account.

In writing that, I wonder what the conversation is on 401k's and elderly retirement accounts;

"Hey Mom, are you set for retirement?"

"Why I sure am, because liberals keep telling gays to spread AIDS and I got me invested in them AIDS hospitals. I will be going to the Miami white sands this winter if if a few more of them sodomites put the wood to an HIV cesspool."

Mind you this is a doctor who does not seem to have one problem, along with all these other investors to focus putting their money into not curing AIDS, but instead is milking human suffering to add to their portfolio.

I find that ghoulish and disgusting, but at least that information can be found, because there is not one Google top spider article on the Committee for Science Cooperation in some unnamed hospital in Iran where a pathologist was running the place.
I know what it looks like. I know experiments from America to Israel concerning children. I don't know though yet if this is what went on in Iran, but as the Islamocommunist Persians are a little slow, they should root through the old papers they confiscated on this program as the Obama whisperer in the White House has a daddy who was there and later a Defense Laboratory.

Now I judge this a great deal more interesting than czars like Van Jones who only had a Molotov Mouth..........I am more concerned about a mouth next to Obama's ear all over the Muslim east, west Africa and tied to State and Defense operations, in the same way intelligence operate Obama is. Bowman being the medical end and Obama being the financial end.

This has a scent trail just like Valerie Jarrett's placement and money trail pools from this same cartel communist complex.

It all sounds and is most interesting when the pieces start jigsawing into place. 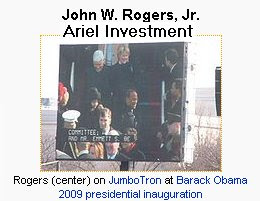