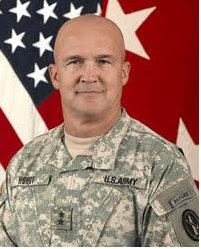 As I compose this, the grinch of the military and the scrooge of the regime, in Maj. Gen. Karl Horst and B. Hussein Obama have suffered themselves to create a POW of Lt. Col. Terry Lakin in his defending the United States Constitution from all threats foreign and domestic.

Interestingly, Barack Hussein Obama is both a foreign and domestic threat in being a foreign subject of Britain and Indonesia, and within on a mission of destruction of these United States.

It was in full authority for Maj. Gen. Karl Horst to grant clemency to Lt. Col. Terry Lakin, after his severe beating by that kangaroo court he faced convicting him of loving America. Yet, on Monday Karl Horst who looks like gay Karl Rove, and has that same Nazi sounding name like a group of other reich officers who are infamous for their bashing Jews about and throwing their own people into prisons, has decided in Obama allegiance to his flag to further torture Terry Lakin, United States Officer, Citizen and Gentleman.

I will inform each of you to consider that NONE OF THIS happened by accident. This entire kangaroo court was set up specifically to take in the Holy Days of Thanksgiving and Christmas, with the accent to throw Mr. Lakin into Leavenworth Kansas just before Christmas as a threat to EVERY UNITED STATES SOLDIER to go die for Obama in Obama's Cold Sore Wars now with the smell of sodomite excrement on the genitals.
So the Soldiers comprehend this, Lt. Col. Lakin was destroyed deliberately by the Obama regime and his political generals to threaten and terrorize Soldiers from asking questions of the telling answers.

Is it not amazing that Obama and Horst promote don't ask and don't tell, and yet will not allow anyone to ask about Obama's documentation and tell the "violators" to go to federal prison.

Maj. Gen. Karl Horst and his desk jockey, Col. Robert Manning are disgraces to the uniform, the service, this American Nation for their part in this. They are no more than the Vietcom in Hanoi knocking about US Soldiers for the brutality they have inflicted on Terry Lakin and his American family. 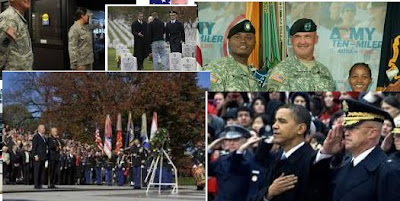 For the record, I located evidence which indeed is a psychological and command authority challenge to the kangaroo proceedings Karl Horst has tortured Terry Lakin with.

Not so amazing, the officer Horst has all of these photos of hisself standing with either undocumented B. Hussein Obama or his accompliced Aaron Burr Biden.

Is there not a matter of recusing oneself, moving a trial from enemy territory and upholding the Military Code, when you have a Soldier on trial concerning B. Hussein Obama, and all Horst is doing is sitting in the regime's lap giving the Heil Hitler?

Horst in photo evidence seems to suffer from Peggy Noonan Jungle Fever, as he can not grin more broadly or snuggle up to Mr. Obama close enough. Psychologically a fetish like that is a bias for Obama and a prejudice against Terry Lakin.
It is exactly what the entire Obamaniac corp which still has Peggy Noonan ranting in attacking Sarah Palin for simply loving America.

Therefore there are legal grounds all through this in gross prejudice against Terry Lakin on counts of his being caucasion, his challenging Horst's idiocy for being duped by undocumented Obama, and how this entire bias was heaped upon Terry Lakin in that kangaroo court by that disgraceful Denise Lind who oversaw the regime's crucifying of the Lt. Col.

There must be Congressional hearings on this, in Maj. Gen. Karl Horst being held accountable for what his military district engaged in, in terrorizing Lt. Col. Terry Lakin, and deliberately in conspiracy with Denise Lind, throwing Terry Lakin into federal prison to threaten all United States Soldiers.
These barbaric and heinous acts from inside the military, directed against an American Patriot in Terry Lakin is pure Red Square Pretty Peking Girl Baathist Iran.
This was no trial it was a sham lynching of Terry Lakin, just as every court hearing in America has been about defrauding Americans and protecting undocumented Obama.

When the GOP has more control of Congress in 2011, it is vital that Americans make Terry Lakin the issue to set him free, restore his honor, and to bring now Karl Horst, Denise Lind and Robert Manning to answer in Congress and the civilian courts for this torture of Terry Lind and his family.
This is not a matter any longer of just securing freedom for Terry Lind, but a matter of bringing his attackers to the criminal courts, whether it is next year, 2013 or twenty years from now. Terry Lakin has had his career destroyed, his liberty stolen and his reputation damaged by the Obama regime and his political officers.

This will make a most excellent early call for the Tea Party to set the demarcation line in supporting the under seige United States Soldiers who are being sodomized and criminalized by the Obama political corp.

They didn't need to come down on Terry Lakin in torturing this American, but chose to stomp him and grind him under their heals.

This jackboot thugocracy of Obama will be held accountable and the Karl Rove officer will be a first start in his employment at Leavenworth at hard labor for crimes against humanity. 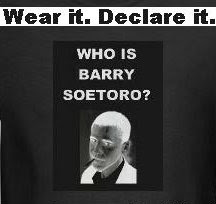 Yes who is Barack Hussein Obama and why is Karl Horst and Denise Lind afraid of what is lurking under the Obama skin?