Perhaps the delay in covering this will work out better as Dr. Orly Taitz is in the process of hauling the Hawaiian's responsible for the Obama forgeries into federal court, and this analysis will have more purpose now that the dust has settled and a new dust up is coming.

What no one has covered in this is the game changer which took place in federal court in which "someone" altered documents submitted by Attorney Taitz.
The reaction of Dr. Taitz to being scolded by the court for wasting it's time in the Social Security numbers being misused, points to the reality that she knew she submitted the court papers correctly, as she went tooth and claw after a courtroom deputy over this issue.

For a bit of background in this, the Obots went public in bragging that they were in court, and were winking with the judge and court officials in collusion over this case, meaning as the threads which Dr. Jerome Corsi has uncovered in his investigations, the Obots have been stalking people from Lawrence Sinclair to Dr. Taitz, and went so far as to feed Dr. Taitz forgeries they created.

What I address here though as game changer is something appears different in this. Namely in the previous ruses of "court hearings", we have witnessed outright Obama connections to judges and lawyers in dragging out these proceedings and then stopping them, as is all part of this operation Obama has employed, which Karl Rove knew of in the surveillance devices he had installed in the White House before he left.

That document, if it was handwritten by Dr. Taitz, means it is in her writing. Yet we have heard nothing about a forgery in this case, and only Dr. Taitz pointing the finger at court employees who changed the Social Security numbers which could be made public to those which could not.

That change would be something forensics would be able to find, and yet it was not found according to this.

This quote from the Washington Post which is the Mockingbird source in this confirms the above:

U.S. District Judge Royce C. Lamberth. Taitz keeps redacting the wrong digits in court pleadings — even after doing it correctly, according to the judge.

Note to self* Something is shadowing this story as loadings are taking an overly long time, and the cursor keeps freezing in the program on Google.

So we know from the Judge, that Dr. Taitz filed correctly and then something changed in another filing. There is no doubt on this.........and as Dr. Taitz is positive this was not her mistake in this quote:

On her blog, Taitz responded to an e-mail from a Legal Times reporter on Monday seeking a comment about the critical order: “Some employees of the DC Court are lying to the judge. I kept record of all the phone calls, faxes and e-mails to the DC court and I have multiple witnesses as well. Some employee or employees of the DC court is/are lying and will be held accountable.”

Dr. Taitz believes she knows the culprit, but something in this is not adding up, as no federal employee who is receiving court documents is going to be forging them in leading the trail directly to them.
Yes this is that delusional Obot crowd who are thinking they are above the law, and making forgeries with glaring mistakes in them, but this is not glaring mistakes like the Obama abstract...........this appears a case of the adults becoming involved.

The Obots in their bragging and stomping all over this have left glaring tracks, which the professionals do not appreciate. This stooge at the Washington Post in Del Wilbur who has a fetish for dead Republicans by assassination in Ted Stevens and Ronald Reagan no more than the reality that this Judge Lambert was a Reagan judge the Post reported..........big deal as Souter was Bush judge and that really proves something in loyalty to the Conservatives.....I digress.

All points to the Watergate Mockingbird press paying specific attention to Dr. Taitz in this key part of the case. This is not some Obot operation feeding information for Obama to an intelligence asset, this is an intelligence asset in Mockingbird coordinating with the adults a smear operation on Dr. Taitz with insider information being provided to them from operatives who are professionals in this.

Al Kamen has been the lead in this, and the big push is coming from him in Mockingbird. It even comes complete with photoshop artwork............the Post has invested in this, and that means an intelligence operation higher up than Obots. 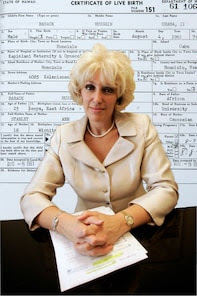 (Washington Post photo illustration) - Orly Taitz was reprimanded by Judge Royce Lamberth, who said she was “toying with the court or displaying her own stupidity.”

The man hands, fish eye camera exaggerating Dr. Taitz, with the sleeves up her arms, are all Tavistock 101 in smear illustration and we know it is directly from the Post as they take credit for this eye candy in Mockingbird Kamen's post.

Kamen and Wilber are not going to go out on a limb for these psychotic Obots. This is coming from the CYA crowd and they trust the information being fed, so they are not part of a conspiracy to land them into prison.

This then relates back to, this is adults conducting this as Dr. Taitz has the records, but the assets behind this have created exact duplicates of the Taitz documents, including faxes sent from her office............do you get that, in this is a bit above the Obot operational status. Yes the Obots have a purpose in being deflections to be blamed if this hits the fan............yes the Obots will be arrested if this comes back and starts biting too close to Management in probably some "black Obama supporter was found DOA in their home from a drug overdose with a rough suicide note concerning their forging documents and not wanting to end up in prison".

The real operatives though have at their disposal complete samples of Dr. Taitz handwriting, which is mimicked into an auto signature program and it literally will fill out forms exactly as they would appear on original documents. Thereby being clones as Dr. Taitz ............well someone should have schooled her to mark all her documents in a way that only she would know, as in the Obama smiley, which would not be picked up in a scan, and then when these forgeries were put into play, she would know if they were her documents, and she could in open court produce exactly what she sent with the manifestation mark and inform the judge that this was not what she submitted.
If one is not an intelligence asset, one does not know how to mark the traps to keep them one step ahead of the fox.

All of this points now to the reality that very connected assets are involved in this, and with this several weeks delay in Hawaii, there just might be a forgery produced which will not be found out.
There is the matter though of the original forgeries which Mr. Obama produced which is real wasting the court's time in contempt, but a "fixer" appears to have been deployed in delaying Dr. Taitz for a reason.

I have no idea if an inferno is going to erupt in the Hawaiian vaults or what is being set up, but from every step in this, there have been operatives involved staging this and pulling out the floor just as the final act starts.
Yes those who forged the Obama abstract set this up on Obama............might have been the Clinton and Bush folks mirroring Dan Rather's forgeries..........might have been part to blackmail Obama in "We will save your butt again, but you owe us all the federal lands".
Something though is afoot in this as this is professionals involved at this point, as if this is not a court official who is connected to the Obots, it is that official being used as a cover by the real players who do not leave traces they have been around.

I will stop with that, as the cursor here keeps freezing and it has to catch up with my typing.........Management is paying attention to the blog again. As I have posted things weeks in advance, it might be any number of things which have lit up the board again.

Do not trust all the information being fed though in this as the cartel knows in monitoring directly the Corsi and Taitz communications what is taking place and they are feeding false leads back which give false assumptions to lure the Birthers in to what is being contrived.
There are numerous scenarios already branched out in this on ever contingency. They are watching Dr. Taitz and Dr. Corsi, as they are all the major players and know exactly the confined path they must travel on.

Nothing to be afraid of as one can only die once............unless of course Management is feeling spiteful, then they kill you, jolt you with juice to get your heart going, play with you some more and then kill you again.
You would be surprised how much the human heart can deal with in resuscitation.........then though if you have that Jesus experience it puts a no fun protocol on board, as that calms the psyche in death is welcome and no amount of torture will produce any affect for entertainment.

What was it Spock said on Star Trek,"My friends will take vengeance for me, and some of them are Vulcans".