Obama to Terrorize for 2012 Election 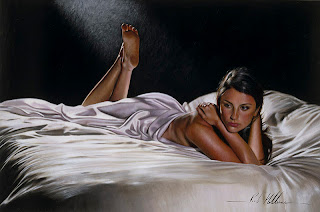 Look this should not take that long as it is obvious in Mitt Romney even being snore city, is not just neck and neck as Gallup polling states with Obama, but in some surge polling, Mitt Romney has broken out to a 7 point lead against Obama for the first time.

That is beyond the margin of error, and it equates to Mano Romney flirting with the 25% lead which this blog states is the fail safe triggering for Obama to enact certain murderous acts.

Obama has  been firing blanks literally in attacking Romney on financial predation a century ago literally. Obama's flailing about is what is behind the putting US Soldiers in harms way again to die for the beloved leader in the Navy firing on ships in the Arabian Gulf.

This wag the dog flea policy of Obama in putting Americans into tight quarters, sending out some stooges hopped up on wacko leaves, and then upping the chorus for Obama 2012, is what Obama foreign policy is about in this cycle.

He is deploying a big flat top to the Mideast so he can look manly as Putin puts warships from Russia into Syria, another Obama conflagration leaving piles of dead Muslims with Obama now negotiating with the Jews to invade Syria to seize Saddam Husseins chemical and biological stockpiles there in another Islamocommunist state being birthed by Obama.

Iran has nuclear weapons, not two, not a dozen from the Soviet Union, but in the 50 plus range, with numbers of Dr. Khan Shahib III cone shaped warheads available, including MERV capabilities being tested.

Is Barack Hussein Obama Osseiran's election theft 2012 worth a nuclear obliteration of New York? That is what America is dealing with as lackluster Romney is opening a lead on Barry Chin, after Chin has fired his best wad shots for weeks of screaming about Baine Capital and other bogus propaganda.

This is about more Obama terrorism as he has been terrorizing the world since 2009, from Hutatree in America to Khadaffi in 2011. This game though Obama is playing is with people in Syria who have biological and chemical weapons. This is about the Persian communists who have nuclear weapons.

Unlike Jimmy Carter who stated "If he bombed Iran" he could have stolen the election from Ronald  Reagan in 1980, Barack Obama has no Baptist machinations to stop him from incinerating Jews in Tel Aviv and New York for his election theft plans.
You only heard these facts from this blog, before all this started unfolding, and now  the headlines are flowing to exactly the doomsday scenario Obama will play to save hisself.

The Soros propaganda the left spewed about Reagan to Bush43 which never came true, is the stuff Obama has in the pipeline and he will murder cities of people to get what he wants.
If you are in denial, you just look at what he was up to in Libya. What he is blowing up Syria for in piles of dead. Was not Hillary Clinton getting car raped in Cairo over Obama's Muslim Brohood installed there?

This is Obama policy and he could care less if Hillary Clinton is a grease spot on the pavement in Egypt or if Persians, Jews, Arabs and Americans are incinerated for his 2012 campaign to steal the White House again.

What is taking place in the world is now directly linked to Mitt Romney closing in on being elected the first Mexican in the White House as George Lopez pointed out. Barack Obama has this legacy thing of dismantling America and Reagan, and dismantling the Persian nuclear arms he let them build, in saving all from a nuclear war.....which was due to his policies of Arm thy Muslim.
Obama could care less about who dies or gets mass murdered. He has allowed it, and Congress including the GOP has sat silent as this rampage has been unleashed in America in Trayvon Martin and abroad in the Persian Gulf.

Obama gets Jews slaughtered in New York or Tel Aviv, he will just have cover from his puppy press in blaming the Persian communists. No one but this blog has pointed any of this out, as all of this information somehow disappeared from the Alex Jones types as soon as Obama got in the White House and George Nouri started getting awards from Obama presented to him with smiles.

This blog exclusively informed all of you children months ago that Obama would terrorize the world for his 2012 election if necessary, and it is now necessary as Obama can not put Romney to bed as Romney surges.

Would it not have been better for the world if Obama had just hired me for several million to sink Romney? Nuclear events are not cheap and that gen let out of the Obama bottle is going to start things off which will unleash all the anti Christ arsenal in the Great Tribulation.