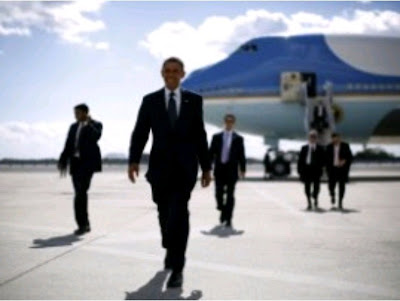 From the desk of the Tiger Lily.

My children, as another Lame Cherry, matter anti matter exlusive......

You will also recall that Jack Cashill state he investigated these happenings and found no evidence, and as of late we were all assured that Scytl was pure as the Michelle Malkin snow, but yet there was that Lame Cherry exclusive stating otherwise.

See there are rules in this game. Things can be divulged if someone else is jabbering about them in leaking them. Let us now introduce the evidence of how B. Hussein Obama stole the 2008 elections in the form of an international company we all do not know, so how can we love them in  SMARTMATIC INTERNATIONAL.

Never heard of them eh? Oh yes, they do exist and own  Sequoia......do not pay a great deal of attention to the names and companies as they are all fronts like  Salah Osseiran's companies owning things in Europe and America, but before I digress onto B. Hussein Obama Osseiran, let us just examine this company which was able to purchase US companies without.........Tim Geithner's Treasury even investigating this happening.

Sequoia was sold to Smartmatic in 2005, which so happens to be held by a Florida based "group" of several men all having the same Venezuelan name.
Venezuela?  Do you mean a Hugh Chavez company was counting the votes of 40 million Americans in key high Obama population centers for the 2008 elections..........oh my Virginia say it does not appear like this.

It gets a bit odd after this in the shell ownerships.

Smartmatic is owned as of last details by a Dutch company, which is the heart of the Old World Order in The Hague world courts and other EU things, which just so happens to have no traces of owners willing to come forward and die in Scytl auto crashes killing the founder or making public statements in what this vote counting company was up to in 2008 for Obama.

Sir Jeremy Greenstock a British guy, who is involved in Iraq and then Venezuela via British Petroleum in their massive assets in........Venezuela.
You do not suppose that Mr. Obama Osseiran who is known for knifing people who once promoted him like Khadaffi and Assad, might have gotten miffed about Hugh Chavez humiliating Obama in their first meeting, and in this strange brew of donations and election fixing, Obama took out BP in the Gulf Gusher and......well Hugo is having problems now with a young sexy replacement after that magical cancer he seemed to have caught like others after Barry Chin showed up.

It is interesting that this small Venezuelan Dutch company suddenly sprang  to life with Unisys of America becoming the reality of the voting machine power behind this Latin family company.

Christopher Bollyn who is to blame for defining the story and not the rumors spoken of here, actually fingered the Jewish contractors this blog spoke of in part in Unisys controls the American intelligence hub of the American electronic government so to speak.

I will just post the quote to tidy things up:

Unisys is headed by Lawrence A. Weinbach, who is president, chief executive officer and chairman of the computer giant who provides computer equipment and software for all of the key agencies of the U.S. government and leading companies.

Under Weinbach, Unisys has integrated Israeli security software, provided by the Israel-based Check Point Software Technologies and Eurekify, into its own software.

Israeli software, written by Mossad-linked companies, now "secures" the most sensitive computers in the U.S. government and commercial sector.

"100 percent of the Fortune 100 rely on Check Point for unequalled security and worry-free protection,"

So the people who created ICQ for the internet, and the people who run the security hub for all American government and business, just happen in promis to have been linked to the Stuxnet virus which this blog broke the story of exclusively first in the cyber attack on Iran.

The Jewish internet security people are very adept programmers, and this is the group who Barack Obama contracted with to manage information flow in censoring numerous people's emails in 2008 as was reported here, stalked, hindered and harrassed many Americans, and were part of the photophinish software which flipped the key 10 million votes from John McCain and Sarah Palin in 2008 into the Obama ballots.

Now you might think certain things about all of the above evidence, but this Prophet certainly could not comment, as such noted folks like Jack Cashill and Michelle Malkin....with Puffy Lips Karl Rove have certified Obama is the winner of the 2008 election, but...........

Yes here it is:


Chicago and Cook County have threatened to withhold payment to Sequoia after serious problems plagued the voting and vote counting in the recent primary. Members of the Chicago Board of Election Commissioners were warned by their lawyer not to talk about Sequoia-Smartmatic. "Serious repercussions" could result from comments they might make about the company or its role in the recent voting fiasco.

You mean Obama's hometown hottie, that Chitown, that Windy City, that Hog Butcher of the world, that Second City had a fiasco in vote counting as the voting system was plagued with problems.

So there it is my  children, voting systems which did not work, but were controlled by narco communists in South America in Hugo Chavez's Venezuelan "exiles" run as shadow companies of European powers running Israeli security programs which happen to be the software of Unisys of America watching all business and government functions in America.

SOE and Scytl are not alone. There is that never talked about voting company from the first Obama "elections".

Oh by the way, I dearly love Jack Cashill and Michelle Malkin.

US Voting Systems (Fraud) Outsourced to SCYTL by AARON KLEIN

This is not how Obama stole the 2008 elections completely, but this is the process electronic in how it all started.