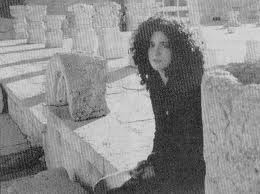 Once again another Lame Cherry exclusive in matter and anti matter......

The assassination of diplomat Anne Smedinghoff was directed from 1600 Penn Avenue, in a fringe control cell, run out of the NSA.

What this cell is, is a melding of the political wing of Val-erie Jarrett, David Axelrod, David Plouffe and Michelle Robinson Obama, with full knowledge by Birther Hussein Obama, in this "committee to re elect the birther" and to provide political opportunities in staged crisis to not take advantage of.
Rahm Emanuel never quite knew the depths to what his statement would devolve to.

The reason Smedinghoff was terminated, was her indirect knowledge in being the "cancer courier" who provided the wafer to  the priest who fed this bio toxin to Hugo Chavez. Smedinghoff did not know her mission in Venezuela, but after reaching her new assignment in Afghanistan, became concerned over the perilous things that Birther Hussein was exposing the Israeli state to and the treatment of Jews, that in conversation with a Mosaad operative, a recruitment was initiated, and Smedinghoff divulged her part in the Venezuela operation which the Israeli operative helped fill in the details to bring to the conclusion of why international headlines were speaking of the cancer weapon, and Smedinghoff was made to realize she was the loaded gun.

This information found it's way through the NSA network and Smedinghoff was sourced as the conduit. It was at this point that this double agent was sanctioned for termination to cover up what was becoming a story pointing fingers at the Obama regime as Murder Incorporated.

Bluntly put, there is no difference in Smedinghoff, Benghazi with Ambassador Stevens, the SEALS loaded into one helo and murdered and Hugo Chavez. All of these operations were run out of 1600 Penn Avenue by the cell operational with full knowledge of the NSA Director.

This cell, was behind the setting up of the fake bin Laden compound in Pakistan for a future political event.

The reason the CIA, NSA and Napolitano were informed of the Smedinghoff assassination, was this was one of their own and would bring high attention as Chris Stevens. There could not be "inquiries" into this, as Anne Smedinghoff like Chandra Levy left strings which if pulled would reveal other higher profile operations.

This cell in the NSA was cleverly put together, and the NSA director is disavows any direct knowledge of operations, so it is never under Congressional oversight. The coordinator for this cell is Eric Holder, and is why he was brought into the Obama regime for the beginning in order to run this cell, as it was Holder who was the hatchet man in the Clinton Administration who under Janet Reno ran the Waco operations that murdered the Branch Davidians and burned their children alive for political effect, and it was Holder who ran the mass assassination of the group around Sec. Ron Brown when he was executed with an ice pellet bullet, and the surviving flight attendent on ground after the crash was murdered as she wandered around ground zero. Vince Foster's termination was coordinated by the hatchet man Eric Holder.

Holder is the enforcer for the cartel at 1600 Penn Avenue. His cover is Attorney General, but in working the NSA cell, he never answers to Congress as they would never inquire to him about NSA matters, as he is not overtly in control of the NSA, as this all falls under Janet Napolitano's arena, but how the cell operates, is Napolitano is often in the dark about operations being run in the high profile, and that includes the murder of Hugo Chavez.
Napolitano knew nothing of this operation run out of Homeland by Holder in this NSA cell.

FBI Director Robert Mueller is aware of this NSA cell, but he is not a part of it.

This NSA group scares the CIA and FBI, as those finding the tracks of their operations, know this is all sanctioned and protected at the highest levels, and those matters are not to be spoken of.

Andrew Breitbart was assassinated by this political assassination committee.

The "cell" was involved with Sandy Hook, the Colorado Joker and Gabrielle Giffords in the same pattern operations.

As stated, Homeland Director Janet Naps Napolitano knows this NSA cell is run by Eric Holder, but has been informed it is "hands off" and she knows to keep distance from it.

This cell was behind the set up of CIA Director David Patreaus. It was the Committee to  Re Elect Obama at all costs and to remove all political competitors to Obama.

Vice President Joe Biden knows that Eric Holder is the "hatchet man" for the Obama regime. That is what Eric Holders specialty has been since the Clinton era and why he is so heavily protected from any investigations.

The machinations of what would become Gun Runner and Fast and Furious, were run out of this NSA cell operating out of the White House.

This is Assassination Incorporated, and it fields the entire scope of national and international assassins both American and foreign terrorist to progress the Obama regimes feudal agenda for the world order.

Journalist Phillip Marshall was targeted by this committee for assassination. The current high profile assassination target for this cell is Kim Jong Un of North Korea.