The A Hole of Benghazi 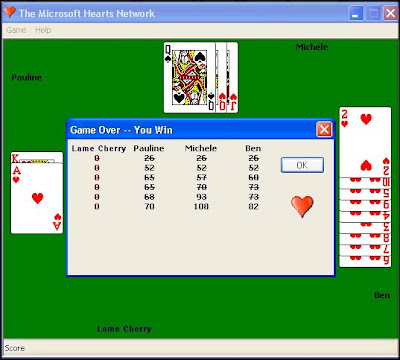 My children and cheapsh*t brats, I never really consider the content about what is posted here, until someone starts deciding they know better than God in what should appear here. I'm just a conduit for content and I take everything by a leap and a bound of Faith. Is what one does when one lives in the future while most exist in the past and have no sense of the present.

I do not mean to pick on this gal who came to my attention, but she was parroting that Mockingbird lie of "why focus on the sex of the Obama's", when in explanation, the Bible is devoted to the correct interaction of sex, and outside the Bible the world is witness about the disasters of 53 million aborted babies now have 53 million border busters replacing them overthrowing America, to the myriads of people who are being cheated at sex by making it perverted.
I take what God wills published as just the way it is. If I contemplated more the things that appear here, I might not want to put them here, as posting the reality and not the fiction is a dangerous thing in this Andrew Breitbart world.
His condition really bothers me when I consider it, in all the Mockingbird frauds who saved themselves in silence in allowing his murder as they divided his spoils. That is a most disgusting thing.

As only this blog published in Lame Cherry matter anti matter exclusive where Obama really was on the night of September 11th, 2012 and what he was doing in being a pedophile pervert passed out in a chair, as his wife and Val_erie Jarrett did the lesbian thing, it is time for more details through the inquiry as Benghazi has it's roots in the Sex Machine of Hawaii.
See all of this is one plank on a floor that has built this house of rape, robbery and murder known as the Obama legacy, and it all goes back to the perversions of Hawaii.

When Barry Soetoro was dumped back into Hawaii, he was met by a household of Stanley Armour and Maddy Dunham, who were initiants in the Chicago slummer pansies of Frank Marshall Davis and his white wife.
As only this blog exposed, the Chicago pansy was a group of blacks who sat at clubs and sexually sucked white males, who could not get it at home. The white males did not consider themselves fags, but only getting something from black manwhores that their wives would not give at home.....the same thing Obama was complaining about on stage in public about Muchelle not sucking dick.......the reason Obama was complaining is Val_erie Jarrett will do it for Obama, but Muchelle will not.

To not drag this out, Maddy Dunham, and Stan Armour, had been busy experiencing the intercourse of Uncle Frank. Stan Armour, was on this "black thing" and decided that since Maddy had black experience with Frank, that she should be the one to initiate their adopted grandson, Barry into the world of sex in his first time.
Maddy was willing and so was Barry. Once though was the experience from happening, as Barry was bad at sex, and Maddy concluded Barry Soetoro was a fag as he did not like sex with women.

Stanley Armour and Uncle Frank, were involved in blow jobs in their intimacy. Maddy was doing both the lesbian and the jungle fever thing with here bi sexual husband. Stan Ann was in bed with Uncle Frank, and she did do Barack sr., but apparently her perversions stopped at an adopted Barry.

So after the "first time" as Maddy had jungle fever experience, it was settled upon that faggot Barry Chin would get his initiation into the world of sodomy. In that, Gramps Stan Armour, the guy who liked wrestling boys on mattresses at the furniture shop he worked at, hauled the woman puss experienced Barry to Lederer's Bar for a few shots of whiskey, where he was hauled to to hotel room, and there took place a 69 with Barry and Gramps on a bed, whereby Barry Soetoro became Bareback Obama.
Just the suck and do not blow though, and no backdoor with vaseline chasers.

Obama really does not like sex with women. He went through that period in high school as his cover in chasing blonde girls with poetry, but nothing was caught as Barry Chin just is not into it.
He has no great experience in numbers with women, as the tally runs from Gram, Muchelle and Valdasherie as his maiden conquests, that appear more favors and grudgingly provided than of lustful consent.

All of those Hawaiian dreams though is what was behind the very quick Obama departure after stealing the 2008 election in flying to Hawaii when Gram Dunham was not tits up to the room temperature.


Go back now with me to that late 2008, and recall it, the hasty departure by Obama after ignoring old Gram Maddy, and how quickly she succumbed when Obama showed up. Think about that, and then consider the reality in Gram Maddy, was not making an easy exit. She was incoherent, and talking about things in bed. She was revisiting her past and saying things, sexual things, things about who Barry Chin was really and unloading the dirty laundry which was being heard by people.
Obama ventured to Hawaii to turn up the morphine drip to kill the old woman. He also did a clean up job in the papers of Maddy, so none of her secrets would blow this wide open in exposing what Barack Hussein Obama really was.

It all makes sense when assembled, and it all leads right back to September 11th, 2012, when Obama had this all in the bag. Christopher Stevens, the gay guy, was sent to Benghazi to clean up arms shipments to terrorists, or so he thought. Obama had a plan though with his al Qaeda to kidnap Stevens, and hold him hostage, so Obama could send in another SEAL team for his October Surprise, so Obama would not have to resort to flipping another election.
Obama did not get over that Karl Rove 10 million missing GOP votes for John McCain. Obama wants to win legitimately, because Obama is a bastard in physical, spiritual and political form. That is why Stevens mattered in Obama was going to "win" and rescue a hostage that Jimmy Carter would not. This is what led up to the night of September 11th, as Obama had this all planned out for him, and he was going to celebrate with a little boy sex and get stoned, all blaming Benghazi on Mitt Romney Christian voters who hated Muslims.

That is the dirty A Hole of Benghazi in how it comes full circle from border buster Barry Soetoro, entering illegally America again as this foreigner did as Barry Chin in 1961, in all of the sex perversion of the Hawaiian Sex Machine out of Chicago fag slummers, taking place in the Grunge room of the White House, as another gay in Chris Stevens was exposed to Islamic outrage in brutally sodomized for hours as everyone looked on, in the kidnapping gone wrong, as Obama was stoned out of his mind after molesting a black boy at 1600 Penn Avenue.

For those who have their equal signs in sodomites compared to Christian marriage, you are doomed fools, as all of this matters, and all of the perversion you are slapping God in the face over, are what is the catalyst to this entire Obama regime in masses of people murdered.

America had elections manipulated in Chicago by David Axelrod and Muslim backers, which set the stage for this Birther Obama to steal the White House, in league with the same perverts that brought about Benghazi and ANALGATE.
America can not sow weeds and expect a crop of sanity, morality and peace. 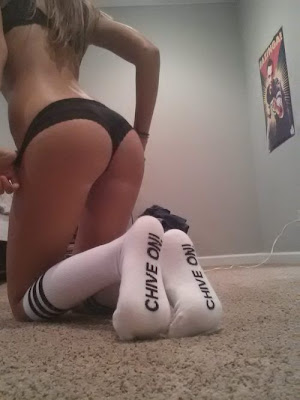 This is the smell of excrement of this regime, and for those who do not like the reality as it exposes their head up their arse opinions have the stench of shit about them for the sewer of existence they are.

Everyone thinks they can cheat the system and the societal laws, and Benghazi is the fact of this world, that the fraud of Obama is the responsibilty of the Obama votes like Peggy Noonan and Shep Smith and the responsibility of Levins and Limbaughs who kept Obama in power instead of exposing all of this, down to all the no names who think they know more than God and everyone can do their own thing.

That is what Benghazi is about. American guilt in the majority traded their racism and jungle fever in for a foreign pervert who gets piles of people murdered as Birther Hussein Obama.

What is it the line from the Lord of the Flies was when the little boys had gone from proper British to little savages?


Yes the boys who had not fallen from society yet recognized the savagery of it, but did not stop it, and in a short time were hunted by the other little savages to be murdered for not joining them.

No difference in Benghazi as keeping calm and Obama'ng on is the rule, and no difference in America when all the little savages hunt the Christians, Veterans, Patriots, Tea Partiers, Constitutionalists as the savages join with terrorists and bring it all inside this rectum of refuse called Obamerica.