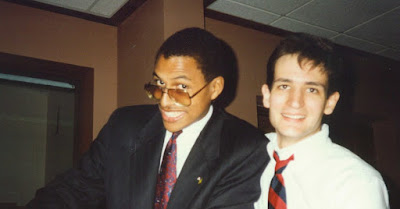 
There is something off about Ted Cruz. I mean is not Ted Cruz a US Senator, and do not all US Senators pose with everyone grinning? Yet for some reason Heidi and Ted Cruz have deliberately sanitized and monitored all of their public appearances. You literally can not find Ted Cruz shaking hands or sitting down with anyone, except Jewish leader Benjamin Netanyahu and Jewish Rockefeller guardian, Henry Kissinger. 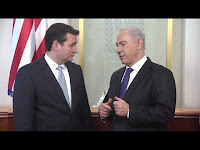 Let me explain this in Heidi Cruz worked for the Counsel on Foreign Relations and EVERY name in the world of power speaks there. She was chosen to author the white paper on ending America, and joining the United States to Mexico and Canada, and you can not find one photo of Heidi Cruz with David Rockefeller or even posing with Henry Kissinger.

That just does not happen, as in politics everyone is joined at the hip. Newt Gingrich is posing with Hillary Clinton. Look at how Donald Trump needed in business to glad hand with all types, and yet you can not find any photos of Ted Cruz. Not even a slip up like Jeb Bush posing with Rupert Murdoch and Valerie Jarrett with all of them smiling as old friends.

The Cruzlings will point to this as proof of how above it all Cruz is. I will point out, that this is a proof that Ted Cruz has been deliberately crafting an image to mask the real Ted Cruz to a point of phobic paranoia.

Ted Cruz has been handing out toys with Glenn Beck to Mexican invaders, and there is not one photo of this. You know what a media whore Glenn Beck is, and Cruz appearing with Beck will barely bring up any photos.
That kind of censoring anyone just does not happen. If you need to be told this, photos just do not disappear from the internet because someone wants them to. Photos disappear because those in real power, over twats like Mark Zuckerberg order the photos sanitized. Sanitized as in Google, the NSA power search minder, has soaked up every Ted Cruz picture, just like Google would only publish weird photos of Donald Trump.

I am warning every one of you, that Ted Cruz is far more shadowlands than any of you know, and is a minder on the right, as everything about this person sends off red light warning signals.
You have a Canadian, where liberals should be tearing him apart in retaliation of Obama being a Birther, and liberals will not attack him. I told you previously that Cruz bucked the Senate leadership....and they never retaliated as they did against other Conservatives. There is a hands off Ted Cruz label, and that is coming from the Rockefellers for the Rothschilds. Ted Cruz is the ultimate Manchurian Candidate in this race.

Cruz has told all of you that he is a political ghoul and his entire purpose is to hang around until Donald Trump is dead. His finance is from a few billionaires, so he is their bitch funded to mind a split from Donald Trump.

Ted Cruz is the Goldman Sachs boy, Wall Street big debt and big US invasion. He is connected enough to screw the Bush family over and not end up ground up in a taco. This is not someone you want anywhere near power in this life and death situation in America, and the world.

It is all crafted, and the media just happens to take photos of Ted Cruz and his doeling, while showing non stop rage photos of Donald Trump or Ben Carson looking stupid?