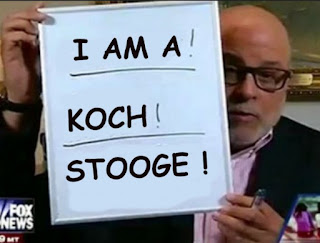 
Watch Kansas as something criminal is taking place there by the Ted Cruz campaign in combined vote fraud.

Cruz's stud duck is from Kansas, and has been polling as close as 6 points behind Donald Trump. Mr. Trump was polling around 35% in Kansas, compared to the 41 to 50% nationally.

Cruz as of yesterday was at that ceiling of 29% which he never breaches.

Now this is where the criminal fraud begins, because somehow outsider Ted Cruz, was getting polling of voters released already in the morning and Cruz was polling at 50% in voters.
THAT IS NEVER done nor is data like that ever released in exit polling, because no one has voted that early, and people working do not get the opportunity in the majority before 5 pm in most instances.

There is already vote fraud in Kansas, with the vote suppression taking place, and now we will wait to see what is about to take place in bloody Kansas.

Kansas has a high Mexican population in Wyandotte County. They are literally pushing the poor blacks and whites out. Some areas of Kansas City now look like greater Mexico.

Cruz was walked out on  today at CPAC. That was CONSERVATIVES who detest this mongrel of foreign birth.

There is not any way in hell that Ted Cruz is winning anything but disdain in America.


We shall see in a few just what Ted Cruz has been up to in vote fraud. Camping out at CPAC certainly points to the fact that he was counting on more than a pig in a poke....meaning he got  something insider going on. We shall see if Cruz adds Kansas to more of his vote fraud from Iowa to Texas.