Mr. Gold Star parent, Khizr Khan in his plea,
"This is our country too"
The problem is Khizr Khan is selling your share of America to Obama invaders 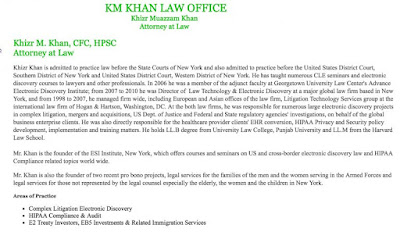 
The cover of  'pity me for my dead boy' as a Muslim flails about the Constitution like an IED at Donald Trump, is quite the theatrical performance which catches the VFW in the web of 'pity me because my boy wore an American uniform', like other Muslims like at Fort Hood.

Such is the world of Khzir Khan, a world of the more one stops being blinded by tears salted by deception of the Clinton campaign, one begins to notice such things as how well connected this Muslim immigrant is, how well paid he is, and oddly how he seems to have many spots which seem to change leopard colors depending upon the venue.

One day the spot is Hillary Clinton performer.

One day it is importer of Muslim slave traffic.

One day it is Muslim voter registration to overthrow the US elections.

....and those are the spots we know, and it begins to explain why Khizr Khan is now begging for the peace and serenity, after his jihadi attack on American Donald Trump hide in the shadows and ply his trade and craft.

In the world of Khzir Khan we find an immigrant Pakistani, who made the long road to America, and hit the American high rise best address in the world, in buildings which mark the greatest skyline in the world.

The lodgings of a Muslim import business.......oh yes that is what Khzir Khan specializes in as an attorney now, is human traffic. Khzir Khan literally is in a business of selling United States VISA's to Muslims or in short, Khzir Khan with full protection of the Obama regime, is the New York Coyote of Islam human traffic. He is the equal to the Mexican coyote bringing in loads of Mexican traffic and dumping them into America.
Clarice Feldman of the American Thinker adds a great deal to this mystery of Khzir Kahn, wrapped in riddle of Hillary Clinton, shrouded in the enigma of "financial militant Islam"

I was surprised that a N.Y. law office would list a D.C. telephone number, so I called it to check and was told by the man who answered that it was not Khizr Khan's law office.  The man who answered would not tell me who it was.
So I did more digging and learned that that is also the phone number of a group called American Muslims Vote, which says its mission is:


To create an enlightened community by providing and developing Patriotic American Muslim leadership and
Encouraging American Muslims to participate in the democratic process at local, state and national level and vote on the election day.


I did some further research into who registered this domain name and when.  Khizr Khan registered it on July 23, 2016.

But what we have not yet found is who is paying for MADISON AVENUE addresses, as they do not give those away. Apartments in this vicinity are almost 4000 dollars a month.

This 15th floor is home to other businesses.

What we have not yet discovered is how many of Khzir Khan's Muslim retches who have purchased United States Citizenship, are agents of Islamic terrorism, carriers of TB diseases, rapists and murderers.......besides keeping 95 million Americans from being employed, but receiving 20,000 Obama bonuses for being smuggled into America.
How much money is Hillary Clinton's slave trader, Khizr Khan, making off of the image Obama displaced from the Obama Clinton wars against Islam? Yes Hillary Clinton has made the questionable world of the Khan family as their poster children. Let there become now a call for the FBI, INS and IRS begin an investigation into how another very interesting businessman has become an associate of the Clintons.
One day it is someone donating to the Clinton Foundation and the next it is LaVoy Finicum murdered.
One day it is Chris Stevens sent to Benghazi over Clinton Obama weapons deals and the next he is dead.
One day it is Khizr Khan on the Democratic National Convention smearing Donald Trump with the blood of a dead Muslim son, who had his men exposed to a suicide bomber in Iraq, and the next it is Khizr Khan running for cover as more and more of this criminal enterprise is literally selling American citizenship for profit to Obama imported Muslims.
Once again another Lame Cherry exclusive in matter anti matter.