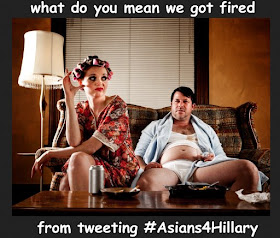 After the Lame Cherry broke the story of the collusion between the GOPliters and the Clinton criminals colluding to suppress Republican vote turn out, by shutting the polls down an hour early in Republican States to suppress the Trump vote for Clinton election theft, I sat there listening to Bev Harris on that Obama voter, George Noury on Coast to Coast, provide the diversion which has been the game all along.
For those who need reminding, in 2009 Noury received on air an Obama award, and Noury is the one who promoted the Arab Spring in Egypt for the Obama regime, from his Lebanese roots.

So the fix has always been in, in this vote fraud, but after the work accomplished here in 2012 proving how the votes were flipped against Romney for Obama election theft, in the same way that McCain had the election stolen from his, as much as other Republicans, to this vote fraud against Bernie Sanders and Donald Trump, the real issue has always been the Clinton criminals  and the GOPliters were not pressing the sophisticated electronic programs, but had resorted to the physical means of dead voters, illegal voters, multi voters and the one hiding in plain sight, in the States west of the Mississippi River which are Republican and will go hard for Donald Trump, have closed their polls an hour early, when traditionally in America, voting was always the polls were open to 8 o'clock local time, for people who work.

That is what this is all about, because it is working people who vote for Donald Trump. Most work until 5 pm, it takes at least a half hour to get home, another half hour to clean up and grab something to eat, another half hour to  the polls at 6:30 and stand in the long lines, and then in 2016 the Trump voters will be told the polls are closed at 7 pm........and it is a reality that most of these people are going to show up a little after 8 pm in thinking they have until 8 pm, and they will be told the doors are closed.

This is not just some hayseed state like South Dakota, where that Mutard Governor and John Thune were attacking Donald Trump, as they can scam the system to still win in a GOP state. This is in states like Texas, and it moves to vital swing states like New Mexico and into the West Coast in Oregon, where the polls are all closing early.

It is possible with this vote fraud disenfranchisement against Donald Trump, that Mr. Trump in this vote shaving could lose between 1.5 and 5 million voters in this scheme of suppression in not letting people vote, by changing the historical times the polls have always closed.

You must understand, that is what Bev Harris was being whored on Noury's program for, and what all of this set up has been about. The primaries were flipped in electronic fraud, but as the focus was generated on those events, there were hard events like Hillary Clinton not allowing several million votes for Bernie Sanders to be counted in California as the ballots rotted in a warehouse.
The real scam is the one everyone missed, which the Lame Cherry by God's Grace has exposed, in the oligarchs for Clinton, are closing the polls all early, to suppress the vote, and NO ONE in your local media has told you this time change, and no one in national media has made a point of it.

This is deliberate and quite brilliant, because it is a shell game which caught everyone looking at the high tech end in hacking, and no one bothered to look at the clocks being changed which was the easiest vote fraud of all.

It means all of you have another gauntlet to run and prepare for. We have no idea if in election fraud Iowa if they are going to move the polls again, so once you get there, you are entering a non sanctioned site. It is a point that you had better get to the polls early as you can, and to expect some scam to be waiting for you, as the biggest scam has been in plain sight, plotted and if people do not pay attention, it is going to sheer at least a million votes from Mr. Trump.

Of course the excuse from the Secretary of States will be it was posted in public, where of course no one was aware of it, as the media certainly has not alerted anyone to this scam as the shill for Hamrod and Ryan. So tell people to get out early, that the polls are closing an hour earlier in GOP States than what was the traditional time in another election theft scheme.

This is about national tallies for Hillary Clinton, to suppress the numbers where Donald Trump would surge in GOP States, to give an illusion of the election having been close, when it never was. Obama removed 10 million GOP votes twice, and loaded up with dead people and illegals. Hillary Clinton and the GOPliters are employing the same fraud, but their main thrust is just closing the polls early, so Trump voters will not be able to vote.

Get out and vote early!!!