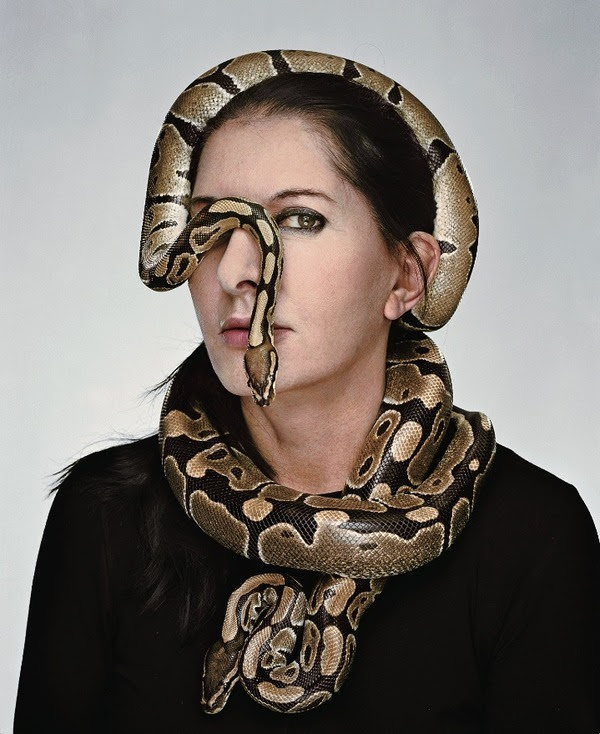 By now everyone is being diverted by this Clinton Coven and their occult rituals. I do not have a great deal of time to deal with this, but will provide a rudimentary explanation of this practice, as linked to the supporters of Hillary Clinton in this Marina Abramovic.

This is the email which started all of his, but there are four on Wikileaks from this occult practitioner who melds this into "art".

Are you in NYC Thursday July 9 Marina wants you to come to dinner Mary?

Sent from my iPhone Begin forwarded message: From: Marina Abramovic
Date: June 28, 2015 at 2:35:08 AM GMT+2
To: Tony Podesta
>> Subject: Dinner Dear Tony, I am so looking forward to the Spirit Cooking dinner at my place. Do you think you will be able to let me know if your brother is joining?

All my love, Marina

For the brief explanation on this,  Infowars quoted Mike Cernovich.


Spirit cooking refers to “a sacrament in the religion of Thelema which was founded by Aleister Crowley” and involves an occult performance during which menstrual blood, breast milk, urine and sperm are used to create a “painting”
.
According to Marina Abramovic, if the ritual is performed in an art gallery, it is merely art, but if the ritual is performed privately, then it represents an intimate spiritual ceremony.

You can just stop being creeped out and understand what this symbolism magik is, for that is what it is, no matter where it takes place and who is initiating the incantation. With all of this, all magik power is based on practitioner force, neutral force, your weakness, satanic strength, the number of people involved in the spell, and the demon machine in the modern era.

All production of the body, including days you are born, die, lose your virginity etc.. are all power sources which generate a frequency. In incantations or spells, spoken or written, menstrual blood and urine are binders, or they bind the spell.
Menstrual blood is the breakdown of life not created. Breast Milk is the transfer of life. Urine is the anointing transfer of power and Sperm is the ejaculation of power.

As an example, a Hoodoo Italian gambler would have his woman piss on the cards, his mojo, or his "hot hand", in order to affect the outcome of the gambling to influence, to overcome chance, to make "winning" a part of the will of the gambler.

For those who dismiss the magik, I will state this again, the reason the Bible says not to become involved in this, is not because it does not work, but because it does work, in it opens windows which possession from satan will take place, and it replaces God as your Source.

This entire association of "artists" is into magik, another example is Anish Kapoor:

The use of red wax is also part of his repertoire, evocative of flesh, blood, and transfiguration. In 2007, he showed Svayambh (which translated from Sanskrit means "self-generated"), a 1.5-metre block of red wax


Abramovic is using base offerings for her success and control, of the weak, and those inside the Clinton Coven. Normal people would be aghast at this shit, and flee, but the Podesta boys, along with Hamrod get a "charge" off of this and are attracted to it.

One spell which Abramovic writes down for a dark spirit surge is ritual cutting of people, and their drinking their own blood or "eating the pain". Pain is a power enhancer, as are all the symbols, collected from others in their aura powers.

This is a covenant in all agreeing to this ritual, which enhances it, and the charge is sent into the matrix to enhance whatever is behind the will of this coven. In this case, it appears it is focused on Hillary Clinton for the White House.
This all is an abomination to God as it replaces the Source of God from people and  spiritual death occurs.

Can spells be broken and overcome in this. Yes, but the power can, but these people's will are wed to it.

It does not appear this practitioner has built any "end" to her incantations or spells, so they continue to generate and consume power off of those involved.


This brings us to the explanation of Voodoo and Hoodoo.

Abramaovic was apparently sanctioned by Podesta and Hillary Clinton for her campaign beginning in the outdoor arena of Franklin Roosevelt with his four liberated powers.


There have been rumors that Hillary Clinton is an occultist, in making trips to California. There are numbers of the elite who are involved in the occult. The Franklin marketing of young children to the Grove where they were abused and murdered is an extension of this.
I have not inquired about Hamrod, as it does not interest me. Her blood infusion rituals, while based on science are a part of this. As she is involved in this, in her association, it is evident she is being sucked dry of life forces.
It is the way it is with the santanic. The false illumination is a negative power source in draining power. It requires power for spells, and it accrues interest, in meaning a greater power surge is always required for payment to keep that building wave from engulfing the original "gift" that satan initiated.

As a conclusion in this, I warned all of you about the false messiah magik which Birther Hussein initiated in that power surge, and how it kept being fed, until June 13, 2013 when payment was due, and now the image is there, but all of this death around this regime is interest payment, and a nation offering will be required. That tidal wave is still out there generating in the matrix, and it will come due with tribulation if Hillary Clinton steals this election.

This is all symbolic or sympathetic magik, whether Obama in it's monkey demon trinket in his pants or the potion on the walls with the Podesta boys.

As God has warned you and your nations numerous times, stay away from this false power, as it consumes you and nations, and then is eternal death.