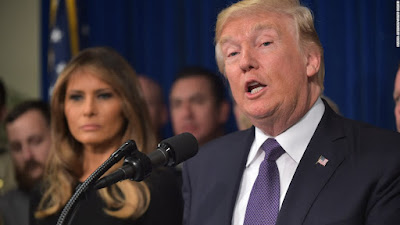 Given the cover of the Florida shooting as an excuse, President Trump enacted a new wave of anti gun bans against Americans. This follows on the banning of affordable firearms for Americans imported from Russia, now with the outright unConstitutional ban on 'bump stocks'.

, Trump said, “Just a few moments ago, I signed a memorandum directing the attorney general to propose regulations to ban all devices that turn legal weapons into machine guns.”


This is novel and historical, as all other American Presidents from the Tommy Gun to Silencers have NEVER banned completely firearm attachments. There always were exceptions for ATF special licensing and regulation.

This is the first incident of an American President initiating the role of dictator in shredding an Amendment to the Constitution. Not even Barack Hussein Obama had ever engaged in this kind of power grab.

The worst of this is Donald Trump revealed his absolute ignorance and ignorance by terming a bump stock a machine gun.

It apparently is difficult for Mr. President to comprehend words, in equipment like Sewing MACHINE, Rivet MACHINE or even Machine Gun, with the key word being MACHINE.
To explain this, a MACHINE gun is a MACHINE like a Sewing MACHINE is not a needle and thread. Here is a photo of a Machine Gun, which is a fixed position weapon of war, which is not transportable, which fires bullets like a MACHINE. Like Ford auto turns out car parts by a machine. 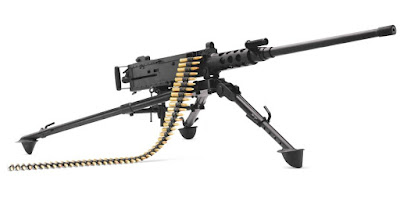 Now this is what Donald Trump just banned, meaning they will now flood America and criminals will have them.

You probably are bright enough to notice that a bump stock looks nothing like a machine gun. This has escaped the President, but then the President has had a history of implementing Constitution shattering mandates against firearms ownership.

Explanations or Truth do not matter any more in this, as Donald Trump has exceeded his authority again, and broken his promise again, and has now removed all ATF regulatory procedures by banning Americans from owning another worthless piece of equipment which makes rifles less accurate, meaning these murderers should be mandated to have them installed on guns as it would save lives.

But this is not about saving lives either. It is about banning guns which the Founders NEVER gave the President, Courts or Congress authority to engage in.

So you Trump clappers just keep on believing as Donald Trump unConstitutionally takes one more right away with every declaration.