Comey for the Trees 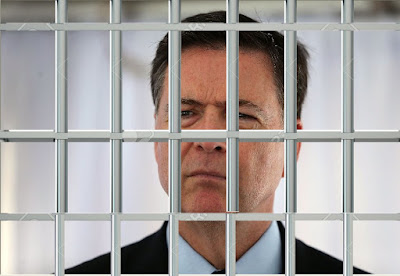 Who would have ever thought that having the initials, JC, like Jesus Christ, that this would develop a Messiah Complex in a rather Jock Delinquent psychosis of former FBI Director James Comey, and yet it has, as Comey seems to be setting the stage for his defense of Extraordinary Madness in his being the lynch pin the Coup against President Donald Trump.

The following photo turned up of Comey apparently lost in the forest. You may remember Comey appeared first in this journey on road in Iowa, looking off into nothingness. Now it appears Comey is imprisoned by the trees as his bars to the cell he created. 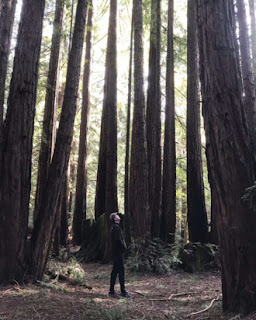 From what is being rumored at the Department of Justice and the FBI, there seems to be a jungle drumbeat that James Comey's  time is up. There are two investigations by the Inspector General involving Comey, one specific to Comey and the other to the criminality of the entire  DOJ and FBI operators in the coup against the President.
In this, the only reason IG Horowitz is not going after John Brennan, is his limits are the DOJ and FBI. To deal with those outside of these specifications will take outside resources.


James Comey is right to be apprehensive. He himself ate away at the soul of the FBI, not in small bites but in dangerously large ones. It was a dinner for one, though: His actions are not indicative of the real FBI. The attorney general’s comprehensive examination is welcome and, if done honestly and dispassionately, it will protect future presidential candidates of both parties and redeem the valuable soul of the FBI.

In the Lame Cherry armchair justice, there is something specifically criminal about him, and nothing can be better suited for examples than three liberals who were sucked into COUPGATE. 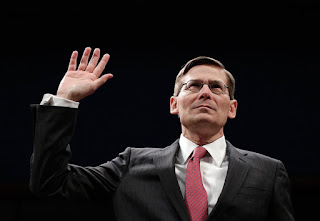 At the start of this Michael Morrell, who is an intelligence officer and a consultant to Hillary Clinton. He was making the rounds early with Charlie Rose to push what we know now was the image Obama,  Susan Rice and John Brennan instigated framing of Donald Trump to protect the Obama secrets.
Remarkably he soon disappeared, after admitting that there was nothing there.

In examining the time line, it appears Morrell like numbers of liberals were lied to and manipulated by Obama Brennan in the backwash of fake documents, hysteria and lies.  To his credit Morrell  has been honest and not allowed himself to be destroyed, but in Morrell there is the reality that the insiders knew this was a frame up  and Morrell was not going to be a part of this criminal operation providing the echo chamber. 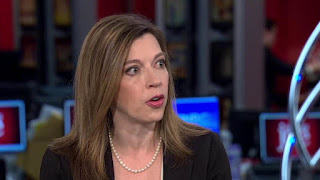 Another victim in this was Evelyn Farkas who appeared to be caught up in  Strobe Light Kurt Eichenwald's seeding of this fake story into the public domain.  As a State Department employee, her information was coming from the John Kerry document dumps and the generated hysteria. Being pretty she was a known attractant to give eye appeal to the fake documents, which she apparently had no idea of.
Like all liberals, she trusted her sources in this intelligence operation, but she was lied to and has effectively destroyed her career, before it was learned to late she was being used by those she trusted. 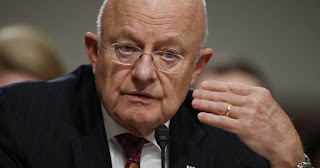 Lastly is another JC in James Clapper an intelligence officer, who was paid by the media, to provide the echo chamber of credence to the malicious charges which the former CIA Director John Brennan was erupting at the President which were all lies.
Clapper has since backed off as he has read the  handwriting on the wall that Donald Trump has been exonerated completely, but where Morrell knew Pissgate was bogus from his people, Clapper knew early and still played the role in this coup. Where Evelyn Farkas was destroyed by Obama and Brennan, Clapper continued on in endangering the United States at a critical juncture, as the echo chamber was successful in turning the worm in liberals have the Mueller Report and simply will not believe it. They will not believe as Morrell and Farkas concluded that they were used and expendable to protect the leadership gang of criminals.

This brings us to James Comey. The protege of protector of America, Robert Mueller to take over the FBI. Where Mueller's flaws as Director were under control, in the spotlight of Obama  messiah's halo, James Comey's looking at everything like he is Jesus and his biblical definition of life is the child's game of basketball, brought about the worst of blatant self righteous fouling of the system, since the year  of 1876 when President Grant's cronies plotted and succeeded to mass assassinate the General George Custer campaign in  Montana by terrorist Indians, for Custer exposing their crimes.

With Comey, we  know he stole government documents which were classified, then leaked those papers to the media, all to have his mentor Robert Mueller installed as Special Counsel, with James Comey convincing himself that he was Jesus, the ultimate martyr in laying down his career at FBI to be fired, in order to crucify the innocent man Donald Trump on the cross.

There have been two nuts in this drama and they are James Comey and John Brennan. The weird things these two have spew are  beyond comprehension. Brennan reminds one of the  naked prophet screaming from the dungeons while Comey takes his whip out and lashes anything that looks like Trump from playing cards to the President himself.


The facts in this are that the CIA Director in John Brennan, illegally was running a spying operation on  Donald Trump for Barack  Hussein Obama from the White House, and James Comey was using the FBI for cover for Brennan.
Through Brennan, MI6, Italian Security, Mosaad and Signet involving Canada and Australia were involved  seeding material generated by Hillary Clinton's campaign to intelligence sources and agents.There is absolute proof in all of this, and it was originating from John the hero McCain's Nazi Ukraine sources.
Every  person involved in this at source knew the Christopher Steele dossier was bogus. Their claim like the SS in the  Jew work camps, is the information had yet to be corroborated. It was lethal fake intelligence which charged Donald Trump being involved with 14 year old Russian prostitutes who he hired to urinate on the hotel bed sheets where Barack and Michelle Obama stayed in Moscow.
This kind of story was DELIBERATE MOCKINGBIRD GENERATED, as it was to be so sensational to molest the mind of Americans, and make Trump supporters cower and the Clinton lynch mob to rampage. It was to rape the innocence of children and castrate racism by molesting young girls and hanging horny black men. All stereotypes generated in the psyche of Americans. That does not come from Moscow or outside the United States. That is vintage Barack Hussein Obama's intelligence operations of 2008, where Obama framed two white rednecks on racism charges for threatening him, to create the persona of White people were a threat to Obama and Black people had better go vote  as America was coming to lynch them.
That is the forensic psychology of that story and it is vintage Tavistock Institute and Stanford in generation.

That is the reason that Morrell, Farkas and Clapper are important in this, because they were all drawn into this and each one shook  it off and admitted there were problems involved in this from the start.

This is so deep though that current FBI Director Christopher Wray who is more interested in protecting the FBI as he thinks Americans  can not be trusted with Truth without going unglued, has stonewalled and continues to be a part of the cover up to protect the institution and his America from Americans.

The cover up involves now classifying documents for 25 years, so that Americans will not read exactly what was in a State Department memo  from an under Secretary named Kavalec, who was another source in the echo chamber feeding this fraud to the security and intelligence community.


The reality is in what Sean homo  Hannity played on his program in the words of Deputy Attorney General Rod Rosenstein, in stating that FISA warrants are with consequences to those officials  who swear them out. A FISA is issued on CONFIRMED information on the word of the applicant. In the Trump FISA, it was James Comey who swore the Pissgate Dossier was kosher. According to Rosenstein, it does not matter if Comey was duped or he knowingly was doing this for his messiah Obama, the court views it as perjury and there are consequences.

In the above Lame Cherry exclusive in matter anti matter, I know in forensic psychology that I have Comey diagnosed in he convinced himself that he would crucify himself, to save his kind of country for his god  Obama, and in the end, America would adore Comey for his crimes, as he raised himself from the dead, as he is such a selfless person.

That is all  delusional, and yes James  Comey should be committed to a psychiatric institution for life, both as a necessity and as an example that no one is above the law.
In the delusions of James Comey, he can not see himself for the self righteous trees he adores himself with. In the legal reality, James  Comey in  justice should not be able to be seen for all the prison bars which he is locked behind as he is treated for his psychosis, in he is not the first self absorbed Judas who thought he was bigger than the nation and could write the Commandments to suit himself. 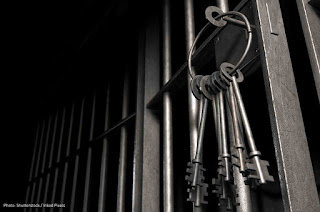