How you have accepted Jeffrey Epstein's Perversion 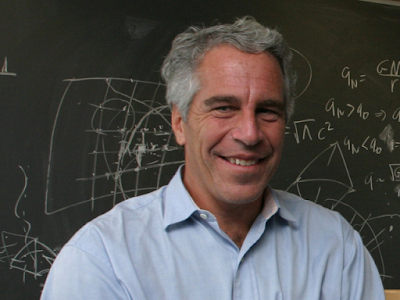 Police: Epstein Associate Has Vanished Without a Trace

In the mystery of Jeffrey Epstein, investigator Mark Furhman has provided an inside look at this deviant in asking questions just how this Jew, who was part of the Mossad AI, American Intelligence network of recruitment, gained his positions and his fortune.
There is a reality in whether one believes the state suicide explanation, which points to Epstein was told to end his life or that which he cared about would die like Conrad Black, or he was murdered to silence him, that Epstein's death took with it the secrets of who promoted this deviant who as Furhman stated, had zero qualifications or diploma to be where he was.

This is important because Donald Trump, by Jared Kushner just handed over all your personal data to WinRed, a spyware designed to generate political income for the GOP, and the entire billion dollar enterprise was handed over to a boy, Gerrit Lansing, who played Pan in Greece by milking goats on a farm for the summer. 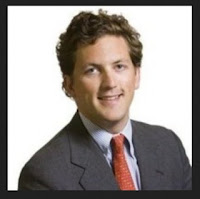 https://www.realclearpolitics.com/articles/2019/07/16/backlash_ensues_as_rncs_winred_fundraising_hammer_falls.html
Lansing, the RNC's top digital strategist in 2016, is now the head of WinRed and has a 60% stake in the company, with 40% going to Data Trust, according to sources familiar with the ownership ...


Jeffrey Epstein began his rise in New York, at the Dalton School. The Dalton is the preparatory school for children in a complete indoctrination of the social and mental realities of the child. It began at the start of the last century via Helen Parkhurst, who journeyed  to England where the Tavistock mind conditioning program would begin to learn from John Haden Badley, and returned with the Dalton Program of total conditioning of children in a liberal mindset.

Below are listed a number of graduates and from the noted Chevy Chase who has proven one of the most anti social humans on the planet, exposure to the Dalton Program accomplished absolutely nothing for creating a normal child.

Jeffrey Epstein though was at Dalton for a very short time around 1973. No one in the media though has sought to look at the records of the children exposed to Jeffrey Epstein and the culture there in 1973. One of the most prominent who rose to the heights, is none other than CNN"s Anderson Cooper.

In morals and normalcy, again by 1919 Christian  standards, no one would define the deviant Anderson Copper as normal or moral. Cooper was infamous for becoming quite billy goat like in becoming quite sultry over the term "Tea Bagger" which he was using to smear people on the right with, a term which is a man sucking on another males testicles.
Just what was taking place at Dalton which hired a college drop out to expose children to Jeffrey Epstein? With the examples of Chevy Chase and Anderson Cooper of exposure to Doland, just what is this Ivy League preparatory school conditioning children engaged in? 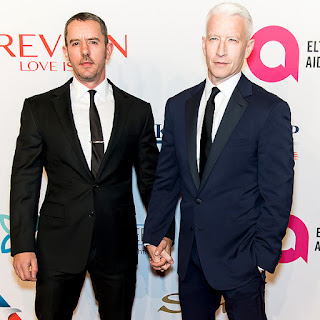 
Detective Mark Furhman is calling bullshit on Jeffrey Epstein in his rise to power. Epstein a college drop out, began tutoring children out of nowhere. He rose on Wall Street as a junior partner without any financial skills. Yet in this, he gained control of immense fortunes, gained an immense fortune, while operating a Lolita Express which ensnared two deviants in President Bill Clinton and Prince Andrew of England. He produced a deliberate outreach to Donald Trump, offering a bevy of gorgeous women in order to corrupt and ensnare Trump, which appears to not have taken place or that information would have appeared in the Pissgate files.

Mosaad's outreach to Trump would continue through his son in law, Jared Kushner who is pedaling influence and the reality that Donald Trump's 2016 MAGA is finished. President Trump has appointed sodomite and drunken perverts who vote liberal to the Supreme Court, and has become Obama's 3rd term. 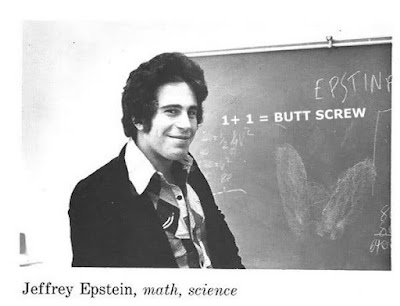 Detective Furhman, believes at base in Jeffrey Epstein that he was using sexual contacts to increase his position and power, and we know from photographic evidence and literal stories of victims, that Jeffrey Epstein was raping children and offering children up to the most powerful and connected people to be molested to, in order to control them.

We have enough evidence to conclude that Jeffrey Epstein was being protected by the American, English and Jewish regimes, for the syndicate of perversion he was engaged in for them. The powerful people who have been blackmailed are not going to come forward as it would expose their perversions. We know through financial records some of these individuals. The fact is though that the CIA, DOJ, MI5, MI6, Mosaad and Shin Bet have the Epstein files and have used them. That is why the investigation into Jeffrey Epstein is being shut down as it connects the same John Brennan of the CIA players who engaged in the coup against Donald Trump. Those files are there, and those files would be digital recordings of sexual deviants.
Think about that reality for a moment, in the premier intelligence and security groups in this world, have recordings of adults raping children, and the Catch 22 is, they will hang themselves for using this information for intelligence control of perverts, and not handing that information over to prosecution.

There has been zero reporting on the brainwashing of children which the image of Barack Hussein Obama has been engaged in since being forced from office, in order to create a race of leaders of the mind of Birther Hussein. Barry Soetoro was a child who wrote prose eulogizing his Uncle Frank Davis Marshall, getting Obama drunk on whiskey as they sat around in piss soaked underwear.

If there is money, if there are people, if there are pounds of flesh, then blackmail corrupts influence in high places, and it is in policies destroying and American race in genocide and enslaving brown skinned peoples again.

Jeffrey Epstein is the face of many deviants who were risen to power for what the bought and sold. It is all being covered up again  though, as the world is pushed past the corpse. Director William Colby, a Bill Clinton advocate warned of the problem of people no longer trusting the system, and urged the investigation of the Nebraska Franklin Scandal which was MK ULTRA connected in raping and murdering children in an experiment to understand if children could be split in personality of two people in one person, the one normal, the other and assassin which could  be turned on to follow orders.
Director Colby was murdered himself, and he did not understand that his concerns about the destruction of the system's trust by the people, is exactly what the powers that be intended.

That is the real story of Jeffrey Epstein which is covered up again, and will never be investigated, no more than the fraud investigations of the Warren Commission on John Kennedy or Patrick Fitzgerald investigating Plamegate or Robert Mueller the protector of America looking for Russian collusion.

The reality is you are being conditioned by all of this, as all of these children were sodomized. The perversions your parents would have revolved over are now protected by law. You can see something is wrong with Jeffrey Epstein, but have been left without recourse as the narrative will become the reality as the cartel continues.
You can see it done to others, but you refuse in forensic psychology to admit how you have been conditioned to accept the theater and diversions, to keep you from being focused on Truth, Justice and the American Way.