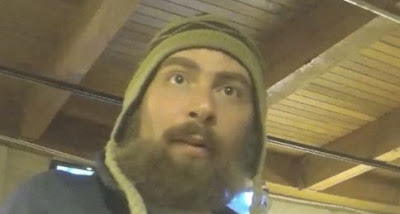 
"Walk into that MSNBC studios, drag those motherf***ers out by their hair and light them on fire in the streets,”

Did you know that those who use the term "fucker" and "motherfucker" at resonance are the most incapable of sexual contact, isolated and afraid of human contact.

The reason that is a subject, not in forensic psychology, but in the protege of Bernie Sanders, you remember Mr. Marxist who once wrote stories about women wanting to be raped, so of course those who were not put off in Bill Clinton raping women, stayed with Hillary, and those who were not filled with revulsion in Bernie Sanders fantasizing about raping women, stayed with him. Both liberal groups, quite frustrated sexually, like Obama's eunuch hordes were equally frustrated, but are on fellow traveler psychosis, where the word fuck is connected to everything from politics to terrorism.

I particularly relish the weakness manifested in one Kyle Jurek of Iowa in his spewing to James O'Keefe revelations of all the Bernie fantasies of Boogaloo 2020. See it is of interest that Birther Hussein Obama manifested these Black Wilding scenarios of racism, using thugs to intimidate delegates from Hillary Clinton to illegitimate Obama, sending Black Panther terrorists to Philadelphia in voter intimidation, and now these trained little nymphs are manifesting in the likes of Kyle Jurek.

What is Jurek? Slavic? Sounds Slavic, and I just love the Slavs, as no people can be more lovely and more cut your extremities off at each joint as you scream at the torture, and their children are playing in the pools of blood at your feet, in their liquid crayons painting pictures.

But Comrade Jurek, in First Amendment will be allowed to define himself.


“Well, I’ll Tell You What in Cuba, What They do to Reactionaries? You Want to Fight Against the Revolution, You’re Going to Die for it, M*****F***er,” he said.
“Free Speech Has Repercussions…There Are Consequences for Your F***ing Actions…You Should Expect a Violent Reaction. And You Deserve a Violent Reaction,” he added.
“A Bernie Sanders Presidential Campaign Field Organizer, Kyle Jurek, was secretly recorded bragging about his extreme leftist fringe views, calling for violence and death to those who oppose Sanders’ radical policies. Kyle Jurek, who works out of the Sanders campaign Iowa office, has been paid at least $9,775 since starting in his official campaign role,” writes Project Veritas.
“I’m ready to throw down now. I don’t want to wait and have to wait for f***ing DNC…The billionaire class. The f***ing media, pundits. Walk into that MSNBC studios, drag those motherf***ers out by their hair and light them on fire in the streets,” said Jurek in one stunning exchange.


I like the part about breaking into MSNBC studios, dragging them out by the hair, into the street and lighting them on fire. 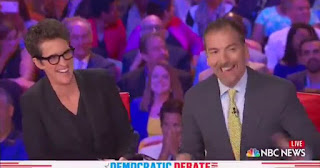 It is all Stalin amusing in Comrade Jurek is accusing Comrades Maddow and Todd for not being Red enough.
I have noticed something about Comrade Jurek's plan to light up Rachel Maddow and Chuck Todd in the streets to pyres, and that is how are the Sander's supporters going to drag a bald Chuck Todd or a mousse greased Rachel Maddow out the door, as there is no hair to grip and you can't get a grip in lezbo greased hair. 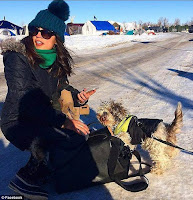 The thing is all of the Jurkek's have had George Soros training. You remember the lovely Obama CIA Manchurian candidate in Alexandria Ocasio Cortez, in lead pipes at Flynt Michigan and dispatched in training to Standing Rock Indian Reservations in murdering innocent buffalo to stop oil pipelines for Obama oil profits.

All of that Obama sanctioned terrorism against Americans and the FBI, DOJ did absolutely nothing. Then again, in Switzerland, there is Judge Philippe Colelough, who said that terrorism is acceptable against the Swiss, as long as it is connected to Climate Change AKA extorting trillions from poor people over fake carbon emissions. 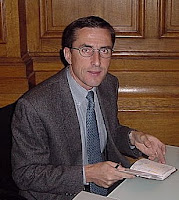 https://news.trust.org/item/20200113170606-amy92/
The activists were charged with trespassing and fined 21,600 Swiss francs ($22,200), but in their appeal hearing on Monday Judge Philippe Colelough said they had acted proportionately and waived ...


We now have before us, a mandate where the political maxim is before Levitical Law, where if you say or do something someone does not like, they will employ violence against you, and that violence is described as pulling hair like cave men, dragging through streets like revolutionaries and burning humans alive like the fires of hell.
All rather Stalin removing Trotsky.

Remember the revelation of Webster Griffin Tarpley in stating the cartel was going to split the democratic party into a Nazi and a Communist wing to rule America. As Nancy Pelosi deliberately bungles impeachment, as AOC deliberately defines Joe Biden as of an other party, and as Boogaloo Jurek,  is progressing the weeding out of media types not fellow traveler enough, and I doubt none of these emotional types will be sitting down to a nice piping hot bowl of borsch when this is over.

Is the problem with liberals. None of them eat enough meat or hearty root crops. They would not connect fucking with everything if they just had some nice borsch.  I know this would be hard to be not sexual with someone as attractive of AOC, but instead it would be chivalrous in protecting her virginity for an appropriate Christian husband, in cherishing what God hath joined together. 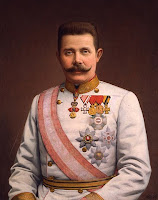 So much anger in Iowa with Bernie so alluring. I don't suppose Iowa makes much borsch, so all the hearts there are not content. It only becomes more beet free in the hot summer of politics. 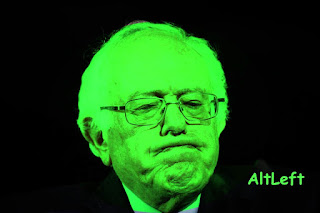