What you can do to save your community. 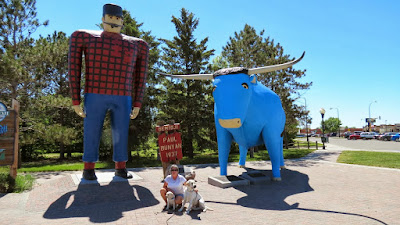 It is my sincere hope that with the leadership of one Republican, in Texas Governor Greg Abbott, shutting down the dumping of refugee vermin into Texas that there will be a push to create American Zones in the United States, to end these 3rd world culls from dropping US wages while causing inflation in their eating up resources literally.

Texas was on the heels of Bemidji Minnesota in Beltrami County, voting to end human waste dumps in their Soviet state of Minnesota.

https://www.bemidjipioneer.com/news/government-and-politics/4854529-UPDATED-Beltrami-County-votes-no-to-accepting-refugees
BEMIDJI -- With applause from a loud, passionate crowd Beltrami County on Tuesday, Jan. 7, became the first local government unit in Minnesota, and possibly the country, to refuse refugee ...

I have not been able to follow up with my advocacy, as in Amazing Grace, when Member of Parliament William Wilberforce laid a massive tax on the slave trade to kill it in England. As we in America are facing the re implementation of slavery in these Jesuit, Muslim and Hindi anti Christite vermin. These breeding refuse of humanity, will complete a  genocide on Protestant America by 2050.

It is in this, that I have formed on the Wilberforce model to combat this slave trade, that each of you who knows or could search out like minded in your counties, a simple plan to impose the mandatory bonding of all refugees and foreign workers by the businesses which employ them.
The reason being is when these refugees use medical services, have traffic accidents, skip out on housing payments, to violent crimes, Americans are the ones stuck with these massive bills. It is our insurance companies, and often our shattered lives which have no recourse. The simple remedy is bonding and taxing, in making Lutheran Social Services which makes money off of human traffick to these sweat shop employers making money off of this human traffick, should be held responsible as they are the ones making profits at our expense.


Put it this way, a car crash, if one survives, is 40,000 for a vehicle, there is probably 50,000 dollars in medical bills, another 25,000 in lost wages. That is over 100,000 dollars for one person, and if the American family dies in the crash, the numbers are 5 times this for that family. So it is not out of the question for a business to have to placed in escrow a bond of 500,000 dollars on every business, and that includes Lutheran Social Services money into escrow, which will be applied for by Americans to a township board in any county, to have these monies paid out to Americans.

I am telling you, that if you tell politicians that they can make money and get votes by this bonding and taxing, they will pass this, and once it gains momentum, then State Legislatures will be forced to pass these measures, and the human traffick will stop, as the money will not be made off of human slaves anymore.
Make this a situation of libel, where a state like Minnesota in the Minneapolis area which makes huge profits off of Somali welfare traffick, and a Somali murders someone like Justin Damond of Australia, then that liberal county will be made to pay for that crime literally.

In that same region, if a Muslim is dumped into Des Moines Iowa, and as is the case migrates to Minneapolis, Lutheran Social Services and Des Moines would be held monetarily libel for this Muslim breaking the law in Minneapolis.
Yes, tell law enforcement that they can start assessing counties in other states for refugees or foreign workers bring in, when they later appear in their jurisdictions, and this will become a national mandate. Liberal enclaves love welfare money for these foreign vermin, but when they start having to pay out millions of dollars a year for resource equity, even liberal enclaves will be lining up for that money flow.

Put this into place, and in time you will be able to file an appeal at colleges if your Lori Loughlin kid does not get admitted, and a foreigner does. Yale and Harvard would be forced to pay the entire tuition for your child having to attend another school, for being displaced by a foreigner.

This is how you save America in your local community and expand this out to entire States like Texas. It is possible that numbers of States like Wyoming would enact this on the State level. Other states like Colorado and Minnesota who are held hostage by liberal metro areas, would be like Virginia on gun laws, able to to be a cancer to the metro in sucking money from the metro into less populated areas.
To put it simply, if the business and Lutheran Social Services stopped, and the foreign vermin remained, Fairfax county would be forced to implement the bonding, and at 500,000 per foreigner, no matter age, a million foreigners would be a bond held of 500 billion dollars. No municipality could afford that, and that would begin the process of liberals literally shipping them back to where they came from. They would become the Nazis which they are at heart when it came to that money.

Make those horrid people who are making money off of human traffick be made to pay, and the United States will shut down and begin exporting this foreign vermin.