To stop a repeat of George Floyd : END FOREIGNERS TRAINING US POLICE 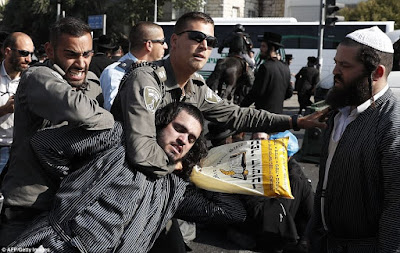 Jews putting choke hold on while another Jew tries to break the arm.

In Victor Ostrovsky's expose on the Mosaad and the Tel Aviv police state, he recounts a "training" experience where he was beat to hell by the Jewish police and thrown back onto the street, because that is what Jewish police do and they relish pummeling Mosaad recruits.

I first picked up that the Mosaad was training US law enforcement in reading the NRA's magazines where it was mentioned. It was troubling and the trouble has grown as the SWAT tactics in America are all Mosaad, and remember Mosaad trains to deal with Philistine terrorists. 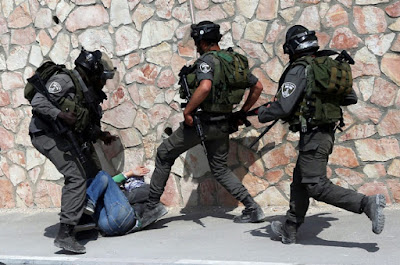 Jews kicking someone in the ribs to subdue them.

You might be interested in who taught Derek Chauvin how to take a knee. The information has now appeared in several sources in the Chicago Jewish consulate, put on training seminars, and the Minneapolis police were taught the knee to the neck by Mosaad.

It is even less comforting when you read the quote that the FBI was involved, pushing these tactics. This is Director Christopher Wray pushing this kind of thug tactics, along with the FBI offices out of Chicago.


The Mosaad does not teach PROTECT AND SERVE. Mosaad teaches INTIMIDATE AND ENFORCE. 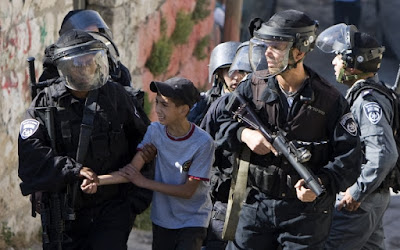 
The Lame Cherry returns to this in Derek Chauvin is not guilty of murder. George Floyd died of his own Coronavirus heart problems. Chauvin was trained to be a thug, by Mosaad, with full and it is FULL accomplice by Minnesota Attorney General Keith Ellison who is now acting innocent, along with the state bringing charges against the Minneapolis police.

The people who should be charged is Ellison, the Minneapolis Mayor and the agents of the FBI who brought in Mosaad to teach them to take a knee.

The Lame Cherry makes a point in this which has not been made, and that is 4 cops were on that street, TWO OF THEM WERE TRAINEES, meaning they had absolutely no responsibility in this, and should not be charged. The other two were TRAINERS and as TRAINERS what took place with George Floyd was sanctioned FBI, State of Minnesota and Mosaad tactics. Derek Chauvin was carrying out a normal arrest, removing the suspect, subduing the suspect and making certain with the knee to the neck that the suspect did not go Rodney King on them. This was all by the book and it was legal and all of these cops now weighing in, are full of shit, as their department's tactical units all have the same Mosaad training.
Ignoring a suspect complaining he can not breathe, when he has his breath and can breathe, is a training procedure, so rookies are not suckered in letting some giant up who kills them or causes a media meltdown.

So let us review the reality of United States police officers of all types should not be trained by foreigners who teach them unAmerican tactics.

It is time that Attorney General William Barr indict the Jewish Chicago consulate for exposing American police to these terrorists tactics, and more to the point, the Lame Cherry calls upon President Trump to BAN ALL FOREIGN TRAINING OF AMERICAN POLICE. 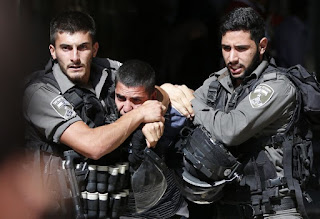