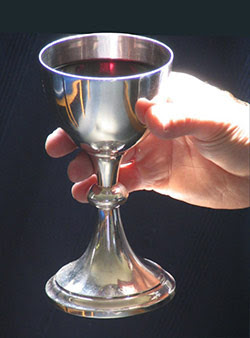 The Holy Ghost has issued a warning that stolen elections have conseuquences and on this day, the Holy Ghost again provided the warning of the consequences of breaking Covenant with God.

For those who do not understand, the same 1% sending the FBI to hunt down Americans ruthlessly with a new Attorney General focused on that vendetta, the reality is, that God is even more ruthless and thorough on entire nations and those who think they are above the Law of God.

Ponder that, in the bastardization of law by the regime in DC and other nations, in how they are subverting it to engage in witch hunts. God's Law is pure, and you must comprehend this God which the peoples now think won't do anything and they have all this social security and government money and arms to protect them, that they think they are untouchable, but the fact is Babylon was wiped out, Ninevah was wiped out. Saramaria was wiped out. Jerusalem was wiped out, Athens was wiped out, Rome was wiped out, Berlin was wiped out. God sends His Holy Angels into the dark hiding places and there makes reckoning thorough.

That which has been unleashed on the children of God will be unleashed in magnifold increase on the children of fthe world. History is full of the littered remains and that sentence is in the process of being fulfilled. Read the entire message as it was true thousands of years ago, as it is binding today. The United States and other nations are under Legal Contract with God. It is binding to death. The till death is only how this ends, and as Jesus died once, that dying is over, and now it is time for nations to be giving up the ghost.

There is a blessing phase for keeping God's Law and a curse phase for breaking that Law. One brings lLife, the other brings horrendous death.

For those who dismiss this as a Jew thing, this Covenant was instituted by Protestant Christians in all the European lands and it is the United States. God is so thorough, that this goes back to Abraham kneeling before God and offering sacrifice. That is the Covenant where it began and it has only been built upon in the New Testament in Christ's Blood. It has only become more powerful and blessed for those who keep it, and more deadly to those who break it.

When the Holy Ghost positioned me in the work God will do through me, I was informed that I was under a penalty, that if I did not warn you my children and my brats, that your sins I would be held accountable for. It was a grievous wound to be attacked by your harshness, but I have a revelation from God this day, in this has all changed. My life is mine to be spared and delivered as you have been informed my children under this protective covering from God. My commission has changed. I have been liberated from warning you, as that time has ceased in this world. I have been ordered from this time on to not pray for you nor to intercede for you sinners nor your sinful nations. God has stopped hearing you. Your bribes to Him are filth. The Judgment is set and the carrying out of it from God will not not end until all of these nations are heaps and the haunts of owls.

You are in deep shit to the tops of your heads, you earned it, and you will now have it educated to you, that all your securities mean nothing when the Judgment of God comes.

I have been liberated from your filth and this is with a Faithful heart that I will enjoy God's recompense and I hope He allows me beer to crack open on a sunny porch, to speak of this with my Family in Christ to Glorify the Father for His Saints and His Martyrs.

The page has been turned and the world in ignorance has no conception of it, but the manifestations have come.

With that, this is the Joyful end to this Witness as my heart is glad and my step is light. The Lord has always ruled, but now my Lord is coming with a Cup of Wrath which the nations and peoples will not escape.

All Glory to God. Amen and Amen

11 1  This is the word that came to Jeremiah from the Lord: 2  "Listen to the terms of this covenant and tell them to the people of Judah and to those who live in Jerusalem. 3  Tell them that this is what the Lord, the God of Israel, says: 'Cursed is the one who does not obey the terms of this covenant- 4  the terms I commanded your ancestors when I brought them out of Egypt, out of the iron-smelting furnace.' I said, 'Obey me and do everything I command you, and you will be my people, and I will be your God. 5  Then I will fulfill the oath I swore to your ancestors, to give them a land flowing with milk and honey'-the land you possess today." I answered, "Amen, Lord." 6  The Lord said to me, "Proclaim all these words in the towns of Judah and in the streets of Jerusalem: 'Listen to the terms of this covenant and follow them. 7  From the time I brought your ancestors up from Egypt until today, I warned them again and again, saying, "Obey me." 8  But they did not listen or pay attention; instead, they followed the stubbornness of their evil hearts. So I brought on them all the curses of the covenant I had commanded them to follow but that they did not keep.' " 9  Then the Lord said to me, "There is a conspiracy among the people of Judah and those who live in Jerusalem. 10  They have returned to the sins of their ancestors, who refused to listen to my words. They have followed other gods to serve them. Both Israel and Judah have broken the covenant I made with their ancestors.

11  Therefore this is what the Lord says: 'I will bring on them a disaster they cannot escape. Although they cry out to me, I will not listen to them. 12  The towns of Judah and the people of Jerusalem will go and cry out to the gods to whom they burn incense, but they will not help them at all when disaster strikes. 13  You, Judah, have as many gods as you have towns; and the altars you have set up to burn incense to that shameful god Baal are as many as the streets of Jerusalem.' 14  "Do not pray for this people or offer any plea or petition for them, because I will not listen when they call to me in the time of their distress. 15  "What is my beloved doing in my temple as she, with many others, works out her evil schemes? Can consecrated meat avert your punishment? When you engage in your wickedness, then you rejoice. " 16  The Lord called you a thriving olive tree with fruit beautiful in form. But with the roar of a mighty storm he will set it on fire, and its branches will be broken. 17  The Lord Almighty, who planted you, has decreed disaster for you, because the people of both Israel and Judah have done evil and aroused my anger by burning incense to Baal.