Are you the scent of a Rotting Soul? 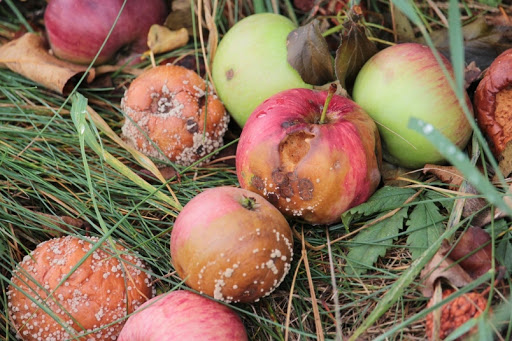 The Bible reading today is for my children and my brats. You probably did not realize you are mentioned in the Bible, but you are. "His messed up, mixed up children, His non children", yes that is you, and you are the problem for the Godly children, who stayed home and did the work, instead of thinking you could handle sin or whore for the world.

God defines himself as a Great Rock, like Gibraltar, like a granite mountain. Someone who can not be moved and changes not. Someone you can build Faith on, as He is always there.

That is the one problem with God's Perfection, in He gives free will as people have to choose to obey to receive Peace an all the benefits of moral liberty in not destroying yourself, others or your nation. God only desires those who are True by their own choice. He calls, and the ones who remain and grow from a physical body to a Spiritual form implanted in them by the Holy Ghost are His offspring. Spirit of Spirit.
It is all so simple, but you are so selfish and so willingly deluded by satan. The fact is the body you are now, can not exist in Heaven, nor in the Paradise to come. You decay, age, rot, and where God is, that can not be, so you would not exist. The soul in you, is only immortal, and that too is something which can not exist without Spirit, so those who have chosen to remain what they are, will be placed into the Lake of Fire and consumed, as they can not exist with Spirit.

Most people are like biscuits in the tube. They just sit in the fridge and expire. Some open the tube up, get into the pan in some spiritual nonsense of witchcraft or Islam, and they never turn on the oven. Some turn on the oven, and get only half baked and are thrown to the fires of the dump. The few, become wonderful creations, baked in Spirit perfectly to Glorify the creation of the Lord in His banquet.

3  I will proclaim the name of the Lord. Oh, praise the greatness of our God! 4  He is the Rock, his works are perfect, and all his ways are just. A faithful God who does no wrong, upright and just is he. 5  They are corrupt and not his children; to their shame they are a warped and crooked generation. 6  Is this the way you repay the Lord, you foolish and unwise people? Is he not your Father, your Creator,who made you and formed you?

4  The Rock: His works are perfect, and the way he works is fair and just; A God you can depend upon, no exceptions, a straight-arrow God. 5  His messed-up, mixed-up children, his non-children, throw mud at him but none of it sticks. 6  Don't you realize it is God you are treating like this? This is crazy; don't you have any sense of reverence? Isn't this your father who created you, who made you and gave you a place on Earth?

Most of you are a warped and crooked generation. Complete at anti Christ with Christ. You are the Genocide Generation, a soul base so corrupt that there is nothing in you that the Holy Spirit could implant Life into, for you are a soul of perpetual toxic death. You are seared and dead, and exist in your delusions. Look at the leadership of your nations. They are the perfect example of the dead soul. They are engaged in constant acts of repression which only leads to death. Populations walk the streets and are enclosed in national gulags.

This is the world of Nimrod and the mystery religion, the mighty hunter before the Lord who hunted humans, and humans are now hunted by the regimes they fund and are terrorized by them

God though Whom the world has rejected, is a straight arrow, true on course, can be depended upon, and even the mixed up, messed up, and children of darkness, if they would just leave their worshiping other things behind, and come to God, even they could be redeemed. They will not do this, for they think the darkness hides who they really are, but God already knows, and for their sake it would better to have the Light shine on their faults now, than in eternal Judgment by Jesus the Christ.

What you do not understand is the world you are seeing is dead. The Life of God has been rejected, so just as when an animal or plant dies. it begins to rot. Society is rotting because satan is not life giving nor are you. satan is a murderer and your end is the grave of the unsaved in death. Society is decomposing, and that is what you see in the cadaver is not moving, it is only the dead animal bugs, worms, maggots and bloated gases released that is animating the corpse. The stench of it all is death, and the more draconian the mandates, the more the rot accelerates.

Those who accept the Light of God and grow in that Light, will remain and remain forever in Life. The rest if they do not get this sorted out with the Holy Ghost's direction, will face the decomposing which they chose.